For a piccy and brief report see my pictures. Couldn't have been much better. Full report and more pictures on my web page soon. 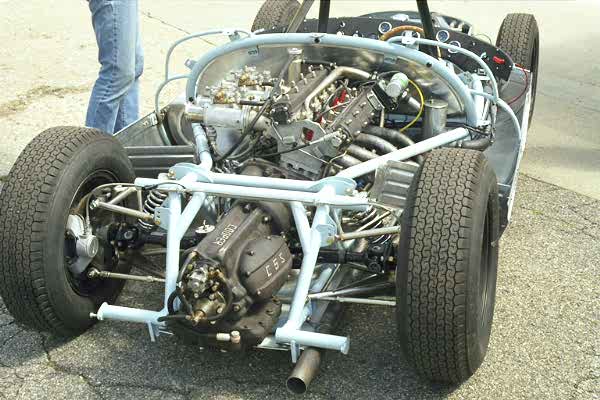 Just sat down to sort more photos from the past. Todays project---Monterey Historics from 1995. Some great action shots and of course some paddock photos also. Look for them on the web soon. I hope some of you went to the Riverside Raceway Museum and saw the driver get-together. I bet it was a fun time. If you are in the area it is not to be missed. Of course you can always check out their web-site. Back later with more from the Left Coast. DM

Anyone looking for Engine MAchine Work or Parts Deals

Need to check out Booth Aron Racing Enterprises (WWW.BoothArons.net) - they are running monthly specials at some really low prices

here is what vintage karting is all about...

The Emergency Economic Stabilization Act of 2008 gives the Treasury authority to purchase up to $700 billion of troubled assets. This program, designed to boost liquidity and confidence in U.S. capital markets, may provide a number of opportunities for current holders of troubled assets and for those looking to acquire some of those assets.

Is your company prepared to evaluate opportunities created by the bailout?

The automated controls in your applications and interfaces can do more than simply process information. If used to their fullest potential, they can provide numerous benefits to your organization, from reducing the likeliness and impact of fraud to aiding business process monitoring and helping reduce audit costs.

Key questions to ask that will help you maximize the benefits of automated controls include:

* Where do they exist?
* How do they match up with my business… Continue

Half of U.S. companies are freezing executive base salaries in 2009

CHICAGO, March 9, 2009 - A recent survey of U.S. companies finds that half of companies are freezing executive base salaries in 2009. In addition, another 15 percent are implementing salary reduction programs.

"Companies are expecting 2009 to be a challenging year for business growth and financial stability," said Don Nemerov, a Compensation and Benefits executive director at Grant Thornton LLP.… Continue

It's not exactly vintage but it is hugely exciting

Hi to anyone who might read this. I'm a relatively new member (Gail Hill) and traditionally have and will be racing a Jaguar XJ40 and Jaguar XJ-S this year in the UK. But I have also become involved in a unique and exciting team called Lunar Educational Racing (www.lunarracing.com) This is a project that teaches young children/adolescents aged 14 to 16 (or 17) in developing mechanical and engineering skills within a motor sport setting. They have built a fully prepared 2.5 litre MG ZS racer… Continue

LAKEVILLE, CT (18 March 2009) – Preparations for the 27th Annual Vintage Festival on the traditional Labor Day weekend are well underway. The buzz is in the air as plans are being made, racing formats are changing and the car show is expanding.… Continue

apart from wondering every time I log on here what the difference is between US English and UK English - is it really 'vintage' racing, or is it historic racing** aha , see below, - a numbre of us were watching the traffic an dfaces passing by yesterday at the UK's Race REtro historic racing show near COventry, and trying to read the runes of racing in season '09...
will grids be busy, or very thin?
will anyone from that strange gang, 'the general public', pay to watch the… Continue

Last night I went to the preview of this programme in London.
Brought to us by the same team that gave us 'Graham Hill-Driven' last year, it's another superb production by Mark Craig and Mark Stewart Productions. (the same company behind last weeks' Maharajah's Rolls-Royce programme).
This programme contains a wealth of rare film footage, including many home movie clips supplied by Jim's family. Contributors include Jim's sister Bettie, John Surtees, Sir John Whitmore, Sally Swart,… Continue

Been very busy recently so the race car has had to suffer, but at last the fruits of my labour are for all to se - welcome to the re-vamped web site at www.racewear.co.uk - it's taken a bit to get it launched, and there's a lt more still to do! But do visit the site some time soon, I'm pretty pleased with it :-)

PUT THE PEDAL TO THE METAL! Porsche Racing Cars – 1953 to 1975 (ISBN 978-1-904788-44-7) By Brian Long
Follows Porsche’s year-by-year progress in top flight racing, and looks in detail at the pure competition cars that brought the German marque such immense success and acclaim on the worlds tracks. Begins with the giant-killing 550 Spyders of 1953, then takes the reader, in definitive detail, through all the susbsequent… Continue

100 TIPS TO TRANSFORM YOUR RALLY CAR!

How to Build a Successful Low-Cost Rally Car, a new book by motoring journalist Philip Young aims to provide simple, cost-effective and reliable tips to guarantee reaching the finishing line and more importantly, get results!

This book concentrates on preparing a car for the many forms of road-based rallies, including Historic Rallying, from weekend club events to the Classic Marathon, with useful preparation for long distance events like the Peking to Paris, road-rallies for modern… Continue