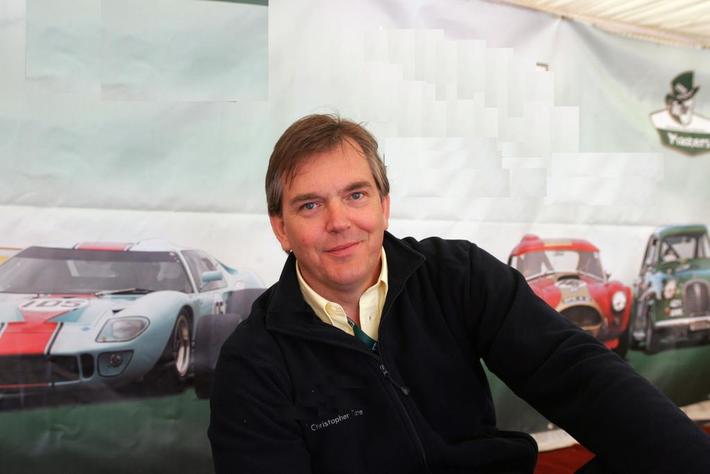 About Me:
former racer, now running a European historic race series and talking about racing on TV
First spectated ,at Goodwood, with my father in 1959

What clubs do you belong to?
Masters Racing Club
Aston Martin Owners Club

From historics to moderns, success for Dayton

Following his team's great win at St Petersburg in the first round of this year's American Le Mans Series, Duncan Dayton should have plenty to shout about in his own right - first LMP1 win, first win for the new Honda Acura proto, built on a successful LMP2 year in 2008 - but where did all this success and momentum have its origins?
In historic, OK Stephen, 'vintage', racing.
Dayton had great success in Europe for a few years in a great selection of historic F1 cars, including a… Continue

apart from wondering every time I log on here what the difference is between US English and UK English - is it really 'vintage' racing, or is it historic racing** aha , see below, - a numbre of us were watching the traffic an dfaces passing by yesterday at the UK's Race REtro historic racing show near COventry, and trying to read the runes of racing in season '09...
will grids be busy, or very thin?
will anyone from that strange gang, 'the general public', pay to watch the… Continue

Kris Sukhu said…
Hi Christopher,
Thank you very much for the Masters Series status regarding the Porto Grand Prix.
Brands sounds good, I am a fan of the circuit. Will check through the Series schedule for another event. Maybe somewhere a little hotter...
Kind regards
Kris

Alexander Davidis said…
Thanks for your comment and I forwarded the info. I'll send you a more detailed email to all matters shortly.
best
A

Alexander Davidis said…
Hi again,
I saw that Stephen put a group up for the Masters Series. I'm going to join it now. I also put my calendar together for Season III, that we are pitching now. I'll run it by you soon as it includes your Brands Hatch Grand Prix....
By the way. There is also a GT-Racer Group here, if you wanted to pop by:
http://www.myvrl.com/group/gtracertvseries
best
Alexander

Alexander Davidis said…
Hi Christopher,
That is great to see you here. You will find many drivers you know well.
Since you are an intricate part of it: Please join my GT RACER Film Group here: http://www.myvrl.com/group/gtracertvseries
All the best an thanks for everything...
Alexander

Conor O'Brien said…
Nice to see you on this excellent site, I hope you enjoy it as much as I am.

Will be in contact about the lightweights again shortly.

Stephen Page said…
Hi Christopher
Great to have you on board :-))
Welcome to MyVRL.
Please personalize the appearance of your Home Page, join the Aston Martin and your other favorite car Groups, post photos (and race videos if you have them) and invite your friends to join.
I look forward to meeting you.
All the best - Stephen
Chairman
The Vintage Racing League