Goodwood Revival regular Rowan Atkinson to make his first ever live public appearance in character as Mr Bean.
Mr Bean’s live appearance will be part of Goodwood’s celebration of 50 years of the Mini – Britain’s best-loved car – plus 20 years since the Mr Bean character was created.

Mr Bean to drive from the roof… Continue

hi all, please go here : http://wipednews.com/features/a-driving-passion-reclaiming-missing-motor-sports-footage/
It's an article on my film collection, you may find it interesting.

Engine Design-Where has it gone? 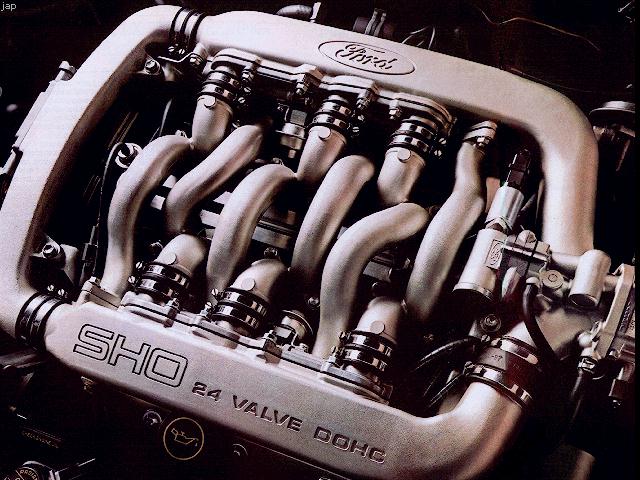 Beauty is in the function.

The national SHO Owners Association has just recently finished their national meet in Nashua, NH. One of the highlights, for many, was being able to get up-close to the new 2010 SHO from Ford. Most came away very impressed and the comments on the various on-line communities sing it’s praises. The one thing that really bothers me is the engine cover. One of the major joys in the original SHO models… Continue

With the fall season of our area Vintage racing series about to start back up I
started thinking about the term "Vintage Racing" and what it really signifies,
at least to my warped way of thinking.

The last two or three weekends saw a fairly good amount of time spent in my hot
and steamy garage working to get the 61 ready for the upcoming September race at
Texas World Speedway.

A somewhat pioneering technology in lighting has arrived at the scene in the form of Xenon HID lights that have given traditional Halogen lights a run for their money. Xenon lights are better in every aspect than Halogens. They are more cost and energy-efficient and last even ten times longer. Five times more light is also generated by Xenon HID lights. If the popularity of Xenon bulbs continues like this, you’ll soon find Halogen bulbs missing from automobile headlights.

I am very proud of this awesome DVD which was four years in the making beginning from the day I picked up a rusted shell to start a ground up building of a 65 GT350R for the 2007 La Carrera Panamericana. Not only was the car build documented but the entire 2007 LCP was professionally shot using state of the art in-car camera as well as from various locations along the route. This is by far the most exciting LCP video ever shot and is a must have for anyone involved with LCP or simply someone… Continue

Photo posts from "Auto Week" in the Monterey Bay area.

I''ve added some copy and paste links here to a couple of photo slide shows from the second week of August 2009, the big enthusiast week in our area.

The first link is my own collection.

The second is a collection from my friend Dave Molloy of Pro Photo Photography from Campbell, Ca. Dave has produced an outstanding colletion of images fro the concours at… Continue

Please find below the 2009 winners..
Photos to follow tomorrow :-))
All the best - Stephen Page

Another fantastic weekend in Monterey. Great racing and beautiful cars. Perfect weather for a change. Only downer was seeing Derek Bell involved in some strange accident in the parking lot Sat. after the races. If anyone needs a cool transport vehicle,check out Denkel Industries. Huge truck with lots of cool features. Can't wait for the photos to be sent in by all the members in attendance.

The organisers of the 2009 Pebble Beach Concours d'Elegance should feel very proud of another stunning event success.
The attendance, quality of cars, presentation and staging of the event all confirm the Pebble Beach Concours d'Elegance as the Concours event against which all others are measured!
We'll post photos and a list of event and car class winners latter.Right now, back to enjoy the cars and the global attendance of enthusiasts
Warmest regards - from a sunny 18th fairway… Continue

Friday at the Historics

Just spent a great day at Laguna Seca. Lots of cool Porsches. Many here for the first time. Can't wait to see the racing this weekend. The other fun part is seeing all the big buck sports cars parking in the DIRT parking lots. Must take hours of cleaning after this adventure. Don't have that problem with the Mustang!!! Checked out the Vender's Row but managed not to spend anything today, it's a long weekend however.

My wife Lise and our younger son Olivier just got back from a weekend trip to Toronto to take in the Real Madrid/Toronto FC game on August 7th. Though it was a lop-sided win (5-1), it was still a very entertaining game!

While their stay was quite short, they had the pleasure of brunching with my friend Peter and his wife Huguette. Unknown to me, Peter had picked up a little something for me. 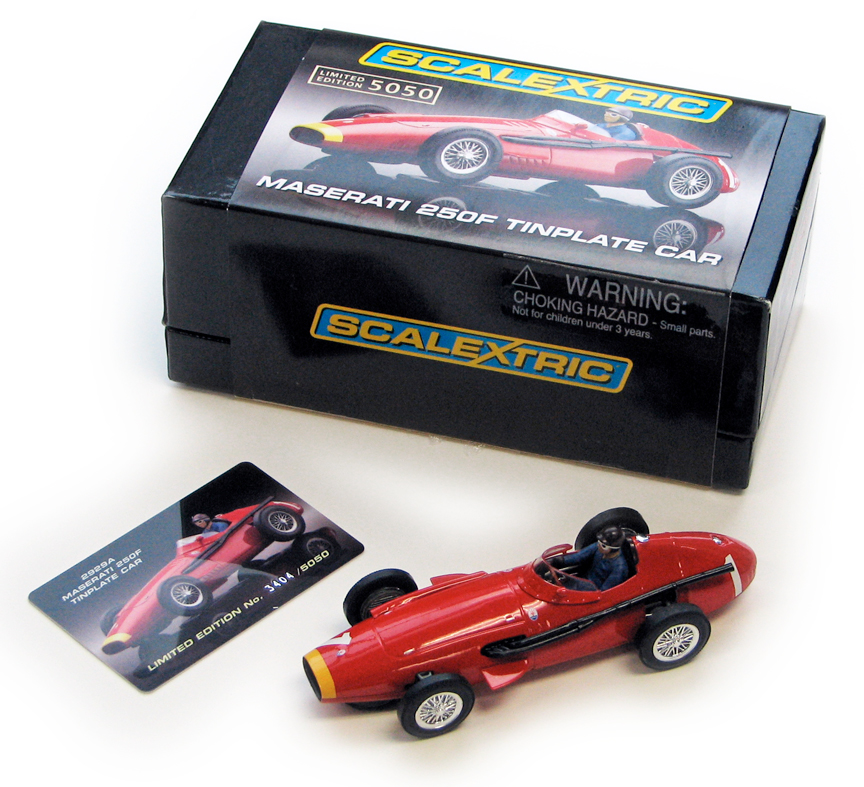 He found out that SCALEXTRIC had… Continue

Hi,
Have located three thus far. Am looking for Cliff Avril from Colorado. He owns a red GT6, would love to contact him. If anyone knows how I can get in touch with him, please let him know that my email is gt6cutiepie@gmail.com
Thanks
Felicia

A question to ponder for those of you that love the feel and sound of a high-horsepower V8 engine: will our kids drive electric muscle cars? Could it be that in a few years when you type “muscle cars for sale” into Google that electric cars will be what appears in the results instead of 442’s, Cuda’s, and Javelin’s? 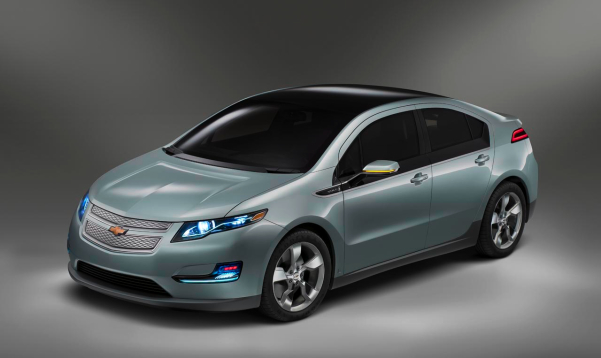 Will kids in the future prefer this.... 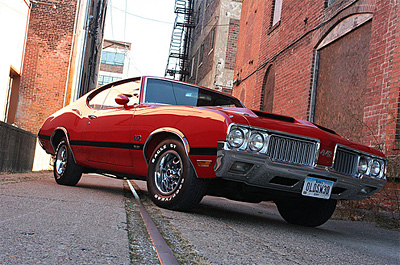 The Restoration of a 1957 Mercedes 300 sL Roadster

The NTX Automotive Museum is currently in the process of restoring a 300 SL Roadster. 17 years ago this car was parked in a barn because of a blow head gasket. When found piston No.3 was totally locked up inside the cylinder because of the old type coolant used back in the day. When pooling the piston we found out that this was already the 1st oversize and the drilled the cylinders in a cone shape. Now with the 2nd oversize it turns like she is new. The engine was rebuild by Arthur's Mercedes… Continue

We leave for Monterey tomorrow morning. We're taking the LOOOONG way down, and plan to get into Monterey in 1 week, thursday night, August 13. On the way we'll be checking out Great Wolf Lodge, Wheeler OR, the Tillamook Air Museum, Florence and the Oregon Dunes, Bandon, staying in a Victorian Hotel in Eureka, a check and clean up at Phaedrus in downtown San Fran while we check out the cable car museum, then on to Monterey. Friday is the BMW Club Concours at Rancho Canada in Carmel. Saturday at… Continue

Letters are in the Mail

I am sending off letters tonight to Frederic Novo, a french Bugatti enthusiast who lives near Ste. Mesme where Helle Nice is buried. Asking for support for the project, as well as to network. I would like to gather as many Bugattis, sports cars, race cars and vintage racers to make the 45 minute pilgrimage from Paris to Ste. Mesme on the day of the memorial service I'm having for Helle Nice. Please contact me if you have an interest in helping out or donating to help with the cost of the… Continue

Be Part of the UK's First MUSCLE Car Movie!

What a great website this is! I just wanted to take the opportunity to tell you about a movie I am trying to make, which will be the UK's first MUSCLE car movie!

Have a look at the website: www.tumbleweedthemovie.com and let me know what you think!

Please help out in any way you can!

Thanks for letting us sign up to your great medium.
Come visit us at our homepage at www.ntxautomuseum.com