Goodwood Revival regular Rowan Atkinson to make his first ever live public appearance in character as Mr Bean.
Mr Bean’s live appearance will be part of Goodwood’s celebration of 50 years of the Mini – Britain’s best-loved car – plus 20 years since the Mr Bean character was created.

Mr Bean to drive from the roof of his famous pea green and black Mini around the legendary Goodwood Motor Circuit on all three days of the Revival, re-enacting a popular sketch from his hit TV comedy series.

Rowan Atkinson also to compete in an original 1965 Austin Mini Cooper S in an all-Mini St Mary’s Trophy saloon car race at the Revival, plus demonstrate his Jaguar Mk VI as part of the 80th birthday tribute to Sir Stirling Moss

Mr Bean – one of the world’s most popular comedy character creations over the last 20 years – will be making his first ever live public appearance at the 2009 Goodwood Revival, from 18-20 September.

Rowan Atkinson will drive around the Goodwood Motor Circuit in character as Mr Bean each day as part of a huge parade of Minis to celebrate the 50th anniversary of this iconic British car at the Revival. Mr Bean will be driving his distinctive pea green and black Mini sitting in a comfy armchair attached to the roof of the car, using a mop and string to operate the pedals and steering. Atkinson will recreate this hilarious scene from the Mr Bean television series when the character bought various items in a famous department store sale, including a large arm chair, and then realised that it would not fit in his diminutive Mini, leading to him strapping the chair to the car roof and driving it home from his unconventional but lofty perch.

Rowan Atkinson is a regular and enthusiastic participant at both of Goodwood’s annual leading motor sport events; the Festival of Speed, and the Revival, which takes place in just over three weeks time. As well as appearing at the Revival as Mr Bean, Atkinson will also be racing an authentic 1965 Austin Mini Cooper S in the St Mary’s Trophy saloon car race, which this year is dedicated to Minis-only, recreating the all-Mini races that took place at Goodwood in the early 1960s. He will also participate in a large 80th birthday tribute to motor racing legend Sir Stirling Moss with his Jaguar Mk VI.

The Goodwood Revival is the largest and most successful motor race meeting in the world and the only one of its kind to take place entirely to a period theme.

Marking the 50th anniversary of the Mini car will be just one of the highlights of this year’s Revival. Goodwood will also be celebrating the 80th birthday of ‘Mr Goodwood’ himself, Sir Stirling Moss, with 80 of the 96 vehicles he campaigned during his racing career being displayed at the event. The Revival will also see a celebration of the mini skirt, with female visitors being encouraged to wear theirs and stroll along a recreation of Carnaby Street in the Swinging 60s, especially on the Revival Ladies Day, being held on Saturday 19 September.

Rowan Atkinson will be joined at the Goodwood Revival by a host of other famous faces, including 1969 moon walking astronaut Buzz Aldrin who will be a judge in the Freddie March 'Spirit of Aviation' concours for classic aircraft. In addition the Revival will have the finest wheel-to-wheel racing with top drivers, riders, cars and motorcycles, plus breath-taking air displays, live music, the Revival market and pre-1966 car show, plus the BGC Earls Court motor show, recalling the great motoring exhibitions of the post-War era. Add in Mr Bean’s live appearance, and the Revival truly promises to be a spectacle not to be missed.

You will find the latest news of the 2009 Goodwood Motor Sport events at: www.goodwood.com 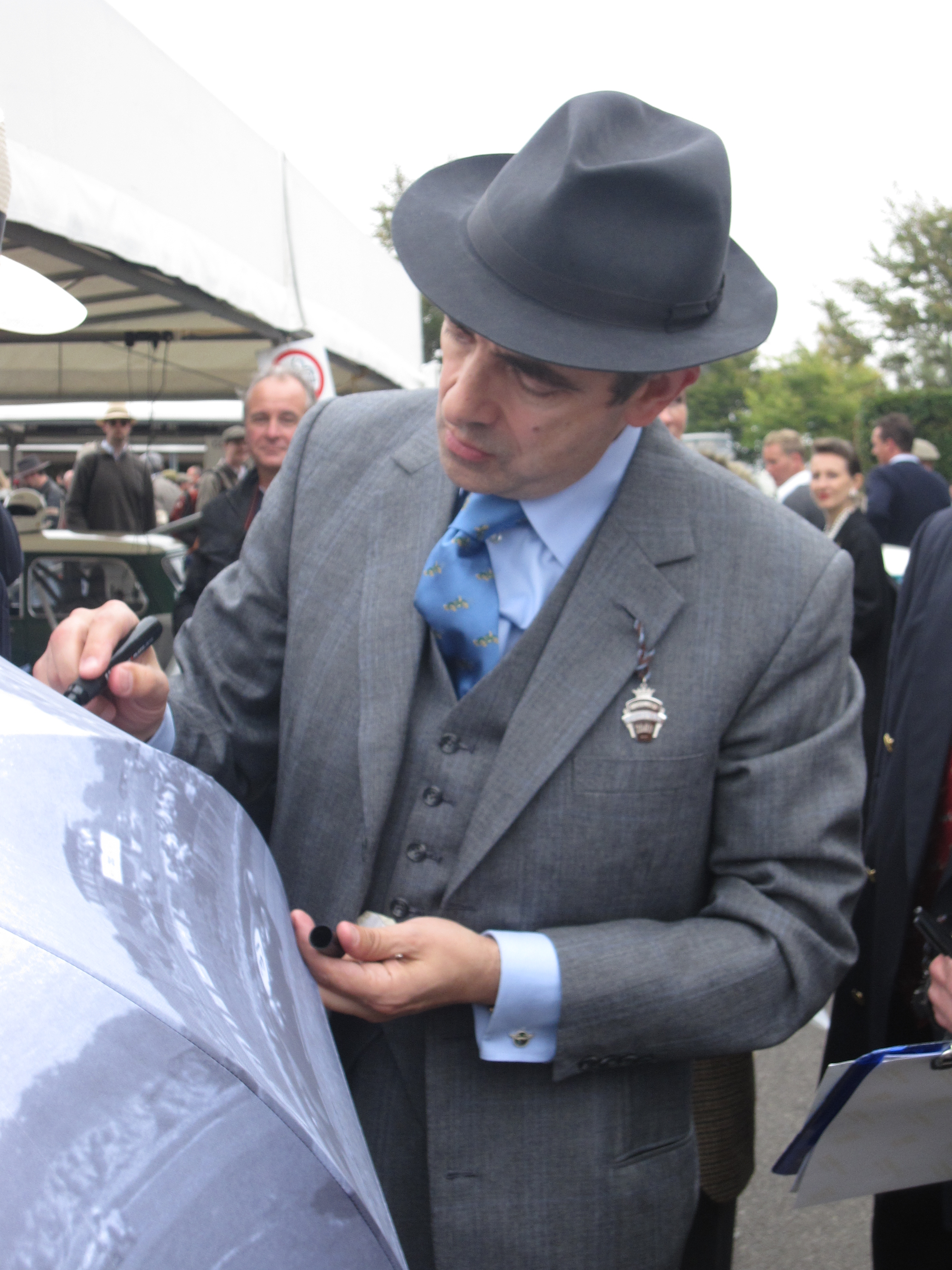 Mr. Bean was delightful at the event and shared his autograph with select fans!