Formula One maps out a post-Ecclestone future 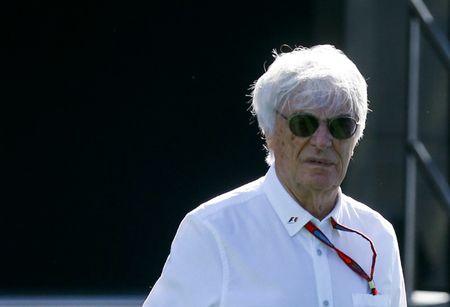 Formula One maps out a post-Ecclestone future

LONDON (Reuters) - The old ringmaster has gone, pushed aside by Formula One's new American owners, and the marketing men have moved in with a mission to overhaul the circus and give spectators something more modern for their money.

If an era ended in January with the exit of Bernie Ecclestone, following Liberty Media's takeover, the Formula One season starting in Australia on March 26 marks a bright new dawn.

The cars are faster, wider and more aggressive-looking with fatter tyres and revised aerodynamics but, behind the scenes, more far-reaching changes are being mapped out to drive expansion.

Sean Bratches and Ross Brawn have been appointed managing directors for the commercial and sporting sides respectively, under chairman Chase Carey, and sponsorship and research executives recruited.

The sport is set to accelerate further away from the Ecclestone era, one in which the 86-year-old controlled everything with a famous reluctance to delegate.

"There will be a point in the season...where we start to effectuate change," Bratches told Reuters. "We are going to be very aggressive. We are going to try new things, all in the spirit of better serving Formula One fans."

In the short-term that means building up the race weekend, adding in entertainment and events along the lines of SuperBowl week, exploiting digital platforms and building fan engagement through social media. [nL3N1GC4RX]

Longer term, expect new races - with Las Vegas and other U.S. destination cities high on the wish list - closer ties to promoters and a push to maximize revenue.

"We are not yet really even a player in the digital media landscape, so that's an opportunity for us to add some digital dimension to our traditional broadcast media," Carey said in January.

Brawn, the former Honda and Mercedes boss who won titles with his own BrawnGP team and was previously Ferrari technical director, has a three and five-year plan on the sporting side.

It has to be slow burn because of contracts that run to 2020 but he is looking at everything from the format of races to how the sport should look and sound.

"In the five-year program we’ve got to identify what sort of engine we want in the future, because that’s the sort of timescale it takes, and list the things that are important," he told an audience at a talk in Oxford this month.

In the near term, he is putting together a group of engineers to try and come up with "a more intelligent design of car".

Leveling the playing field, allowing smaller teams a chance to compete against wealthy manufacturers, and keeping traditional races on the calendar are high on the agenda.

"I think for sure the philosophy of Liberty and the management now in FOM is to look at things in a more complete way," Brawn said.

"Not just the amount of money we can get from a race but what does it offer Formula One, what opportunities?

"Do we become partners in promoting the races? Because up until now most of the consideration has been how much they can pay. And we want to change that balance a bit."

"Where the race is, and how it’s held are going to be vital for the future," said the Briton.

Ensuring the 20 drivers were the best in the world, free of commercial considerations, is another box yet to be ticked and one linked to the thorny subject of a fairer distribution of revenues.

Brawn said that only truly applied to the top half of the grid at present.

"We should have a true meritocracy in Formula One. But you can’t do that because some of the teams rely on the commercial input of their drivers, else they wouldn’t survive," he said.

"So you have to create a platform where the small teams can survive and then you can start to insist that they pick drivers on merit and not on what money they bring with them."