Intel shells out $15.3B for self-driving car firm Mobileye 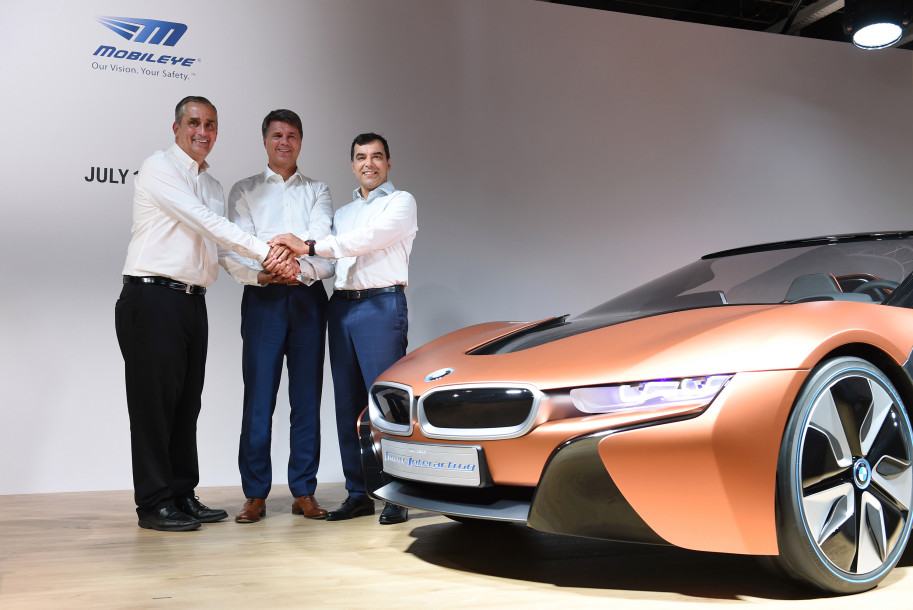 Intel shells out $15.3B for self-driving car firm Mobileye

US chipmaker Intel agreed to buy driverless technology firm Mobileye for $15.3 billion on Monday, positioning itself for a dominant role in the autonomous-driving sector after missing the market for mobile phones.

The $63.54 per share cash deal is the biggest technology takeover in Israel’s history and the largest purchase of a company solely focused on the self-driving sector.

Intel will integrate its automated driving group with Mobileye’s operations, with the combined entity being run by Mobileye Chairman Amnon Shashua from Israel.

Intel Chief Executive Brian Krzanich said the acquisition, which unites Intel’s processors with Mobileye’s computer vision, was akin to merging the “eyes of the autonomous car with the intelligent brain that actually drives the car.”

Mobileye accounts for 70 percent of the global market for driver-assistance and anti-collision systems. It employs 660 people and had adjusted net income of $173.3 million last year.

The price represents a premium of around 33 percent to Mobileye’s Friday closing price of $47 a share.

Because Mobileye’s Shashua will remain in charge and the combined entity will be based in Israel, analysts said they expected it to be far more difficult for rivals to mount a counter offer for Mobileye.

Shashua and two other senior Mobileye executives stand to do well by the deal: together they own nearly 7 percent of the company. Shmuel Harlap, Israel’s biggest car importer and one of Mobileye’s earliest investors, also holds a 7 percent stake.

Automakers and their suppliers have been expanding alliances in the race to develop self-driving cars, a sector that once seemed a science-fiction dream but is drawing closer to reality month after month.

Mobileye and Intel are already collaborating with German automaker BMW on a project to put a fleet of around 40 self-driving test vehicles on the road in the second half of this year.

Founded in 1999, Mobileye made its mission to reduce vehicle injuries and fatalities. After receiving an investment of $130 million from Goldman Sachs in 2007, it listed on the New York Stock Exchange in 2014.