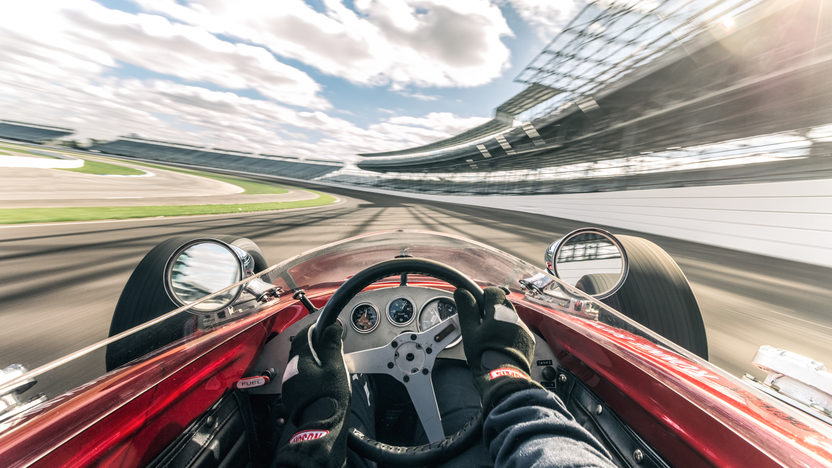 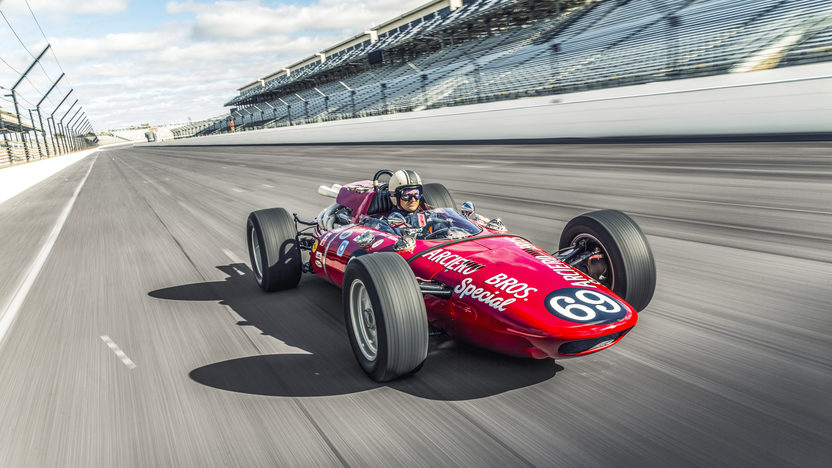 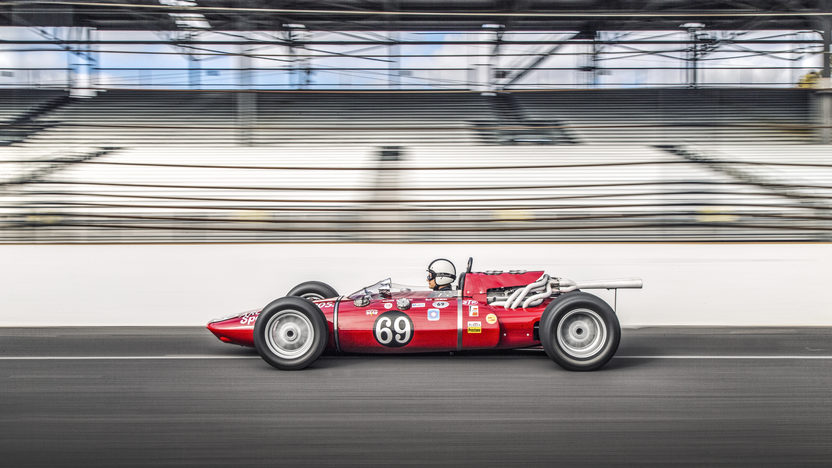 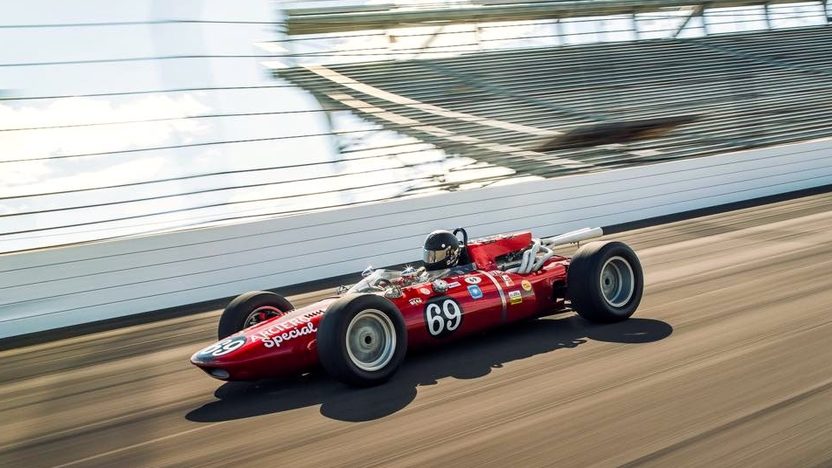 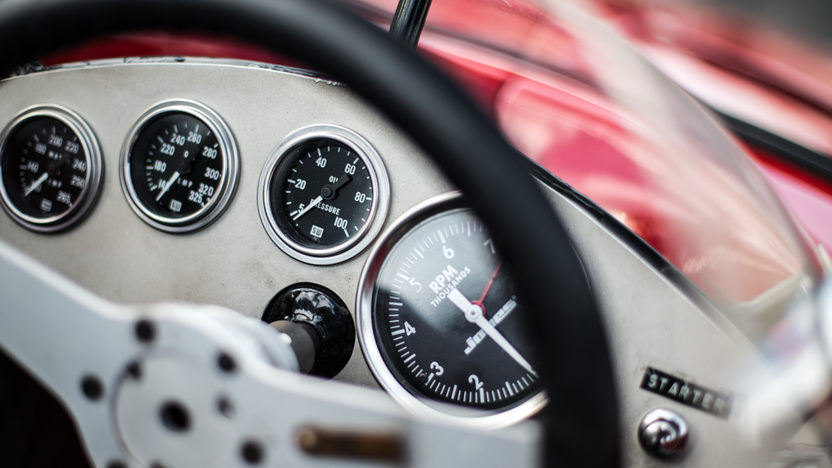 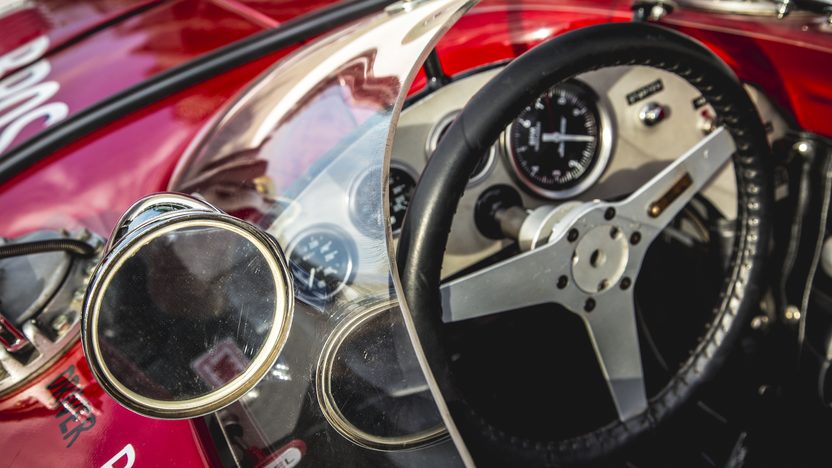 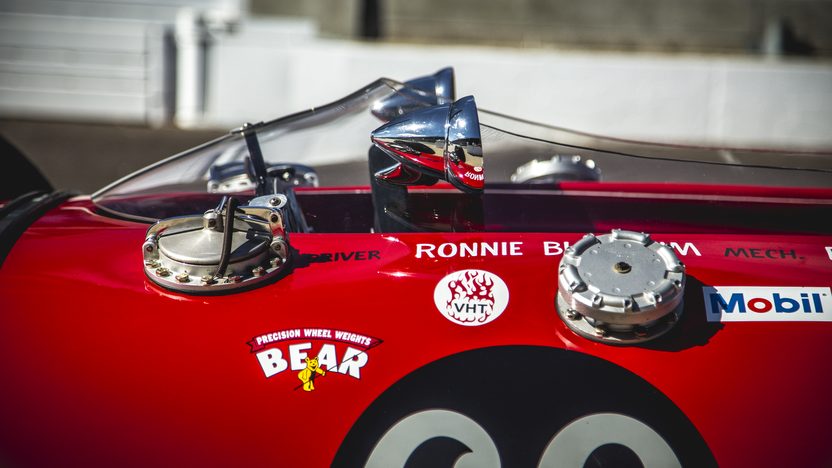 Eisert #001 is the oldest remaining mid-engined American Indy Car, the revolution that changed the race forever. It represents one of the finest eras of Indy history, the last where a regular guy with a dream could build a car and compete against the world’s best. A time where the cars became brutally fast but were still uncomplicated and fun to drive. No downforce. No exotic engines. No computers. Just a builder, a driver and a dream.

One of those combinations was Frank Harrison and Jerry Eisert. In 1964 Harrison commissioned Eisert to build a brand-new Indy car. Based on the very successful Formula One Lotus chassis design, the result was called the "Harrison Special.” Its history, while not a winning one, is one of two guys building a new car and taking a hard swing for the fence and making a damn good show of it. Car #001 was raced in 1965 as #96 by Canadian Billy Foster after Skip Hudson failed his rookie test in the car. Al Unser then took over driving duties but was also not fast enough to qualify the new car for the big show. Undeterred, Foster later finished 11th at the Phoenix 150 on March 28th, and 7th at the Trenton 100 on April 25th in #001. Johnny Rutherford then ran the car at the Milwaukee 100 on June 6th 1965, finishing 15th. In 1966 the car made a second appearance at the Indy 500 as the #69 Arciero Brothers car with driver Ronnie Bucknum but again failed to qualify. Eisert #001 returned to Indy with Otto Becker for the last time in 1968 as the #46 "Lotus Chevrolet Special."

The mid-engine revolution this car helped usher in didn’t go unnoticed and #001 was featured on the cover of the May 1965 issue of Sports Car Graphic magazine, with a 6 page feature article inside that included a cutaway drawing.

After many years in retirement the car has been painstakingly restored to its 1966 "Arciero Brothers" Indy 500 livery. It retains its original chassis, body, and Corvette small block race engine de-stroked to 302 CI. It now produces 485 HP at 7,500 RPM with its correct Enderle Fuel Injection, Joe Hunt Magneto, and dry sump oiling system. The original Mickey Thompson valve covers fitted by Eisert with his hand stamped valve lash and timing instructions are still in place, as is the original Colotti Type 37 4-speed gearbox and its original four-wheel disc brakes with Girling BR racing calipers and vented rotors.

It has been thoroughly sorted by Newman-Haas Racing’s former championship winning Chief Mechanic, Don Hoevel. Properly set up for historic road race use it has also been fitted with an onboard starter and battery, and tuned to run on gasoline rather than methanol. It has raced in the vintage Indy Car event during the 2009 Indy 500, the Goodwood Festival of Speed in 2009, the HAWK with Brian Redman at Road America in 2012, and shown at the invitational "Stars of Indy" at the 2013 Barrington Concours.

Most recently it was one of the five historic Indy Cars chosen to represent the 100-year anniversary of the Indy 500 by Road & Track Magazine for their May 2016 cover story entitled “Dancing With Giants.” As a part of this story, Eisert #001 was tested at the Indianapolis Motor Speedway where it performed flawlessly. It was also the cover car for the issue.

Unlike most vintage racecars it is also extremely original retaining most of its original components. But most importantly it has been restored, prepared, and sorted regardless of cost into a reliable and extremely fun and easy to drive vintage racecar. Unlike later cars, with its Chevy V-8, robust chassis, and simple construction it is also easy to maintain.

Road & Track writer Sam Smith stated after driving it at Indy: “It’s a Formula Ford on steroids. You’re one with the car. It has the grip, the brakes, and Hand of God power. And that sound! You can’t help but want to race it. I’m hooked.”