Greenwich is a quiet little town on the Connecticut coast blessed with art, culture, beautiful scenery and, more important to us car crazies, a bunch of people willing to turn one of their lovely parks, once a year, into a top level, charity concours d’elegance held to benefit AmeriCares. 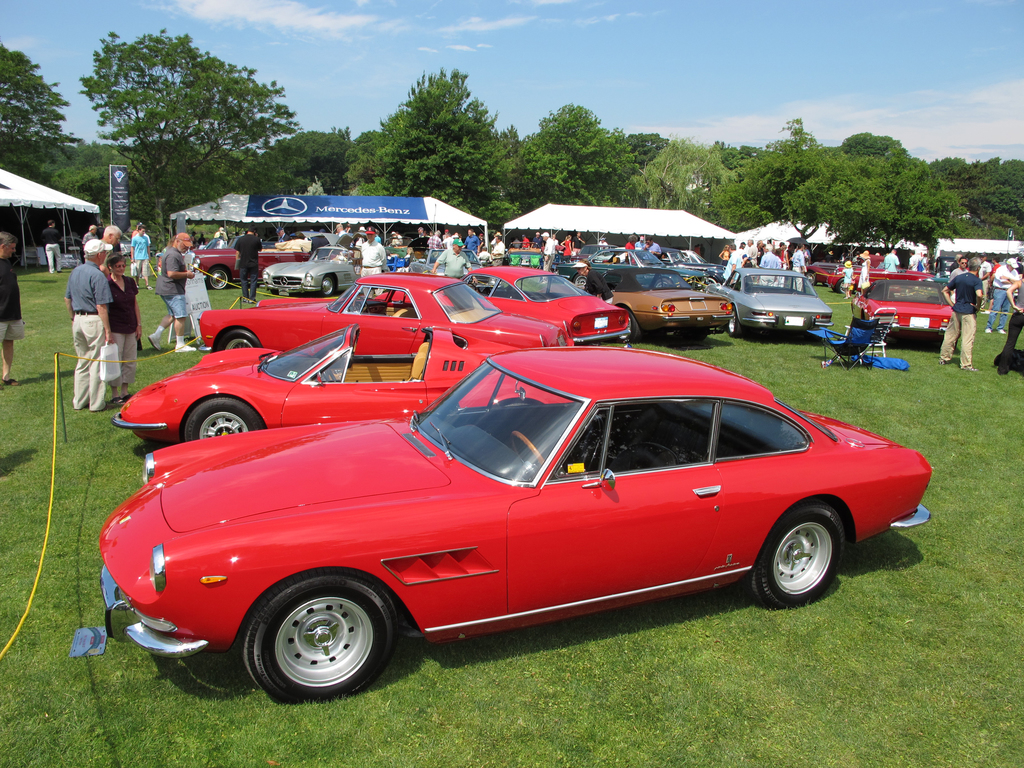 2010 marked the event’s 15th annual meeting and as usual, Bruce and Genia Wennerstrom, founders and co-chairs, once again assembled a jaw dropping selection of the world’s finest automobiles. This two day event showcases American cars on Saturday and then clears the deck on Sunday for the best cars from far-off shores. While I am 100% American, my automotive passions lie across the pond so, naturally, Sunday morning saw me speeding north up Rt. 95 for what I was sure would be a grand show. 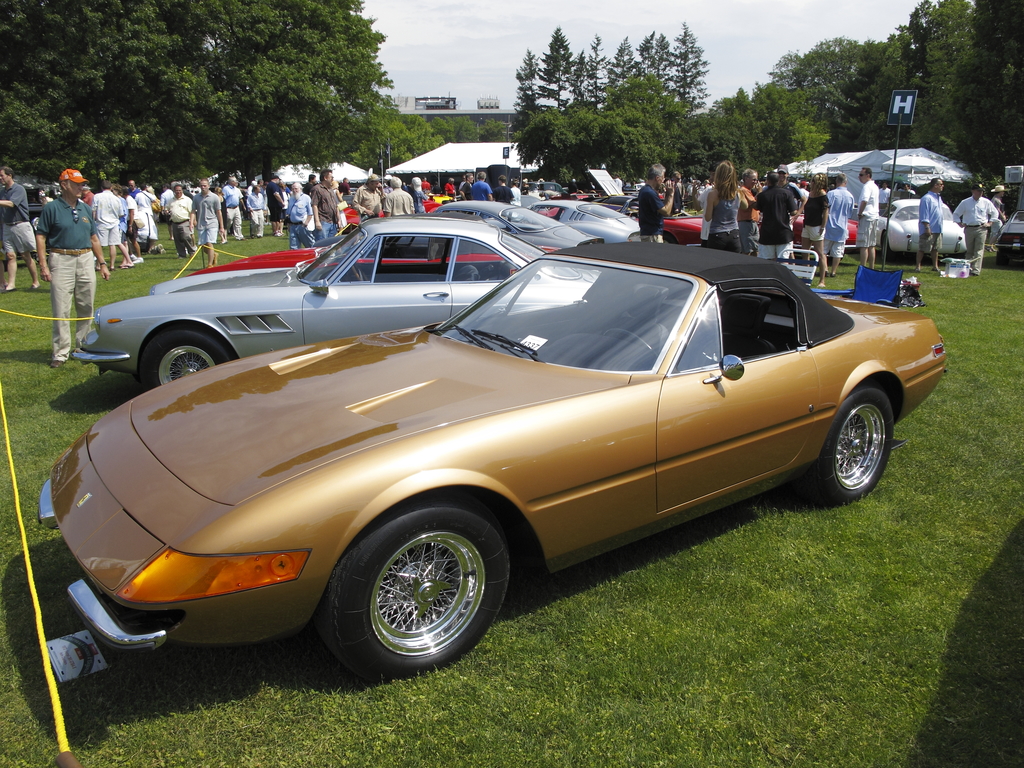 Fans of the blood red cars could not have been disappointed because in the Italian Car Corrals they had coaxed owners of some of the world’s most important Ferraris to display some of their cars. Am I exaggerating? You be the judge. First, drawing shutter snapping spectators like bees to honey was James Glickehaus’s one-of-a-kind Ferrari P 4/5. The crowds were 3 deep around this Pininfarina-designed creation and, as is often cited about great works of art – the pictures do not do it justice. 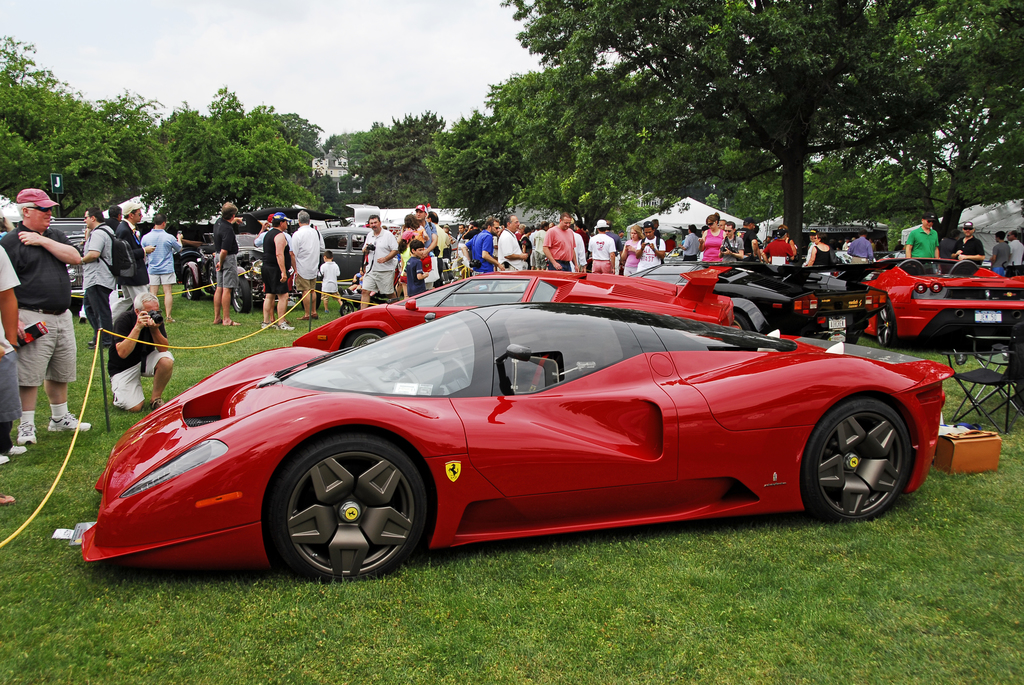 It’s a good day when you see one Ferrari but I quickly run out of adjectives when I see two perfectly prepared 250 GT Lussos parked close by and such was my luck because a few feet apart were Mark Lonenburg’s 1964 and Arthur Estey’s 1963 Lussos (Lussi?). People say that the Lusso may be the world’s sexiest car and based on these beauties, you would be hard pressed to mount a counter argument. 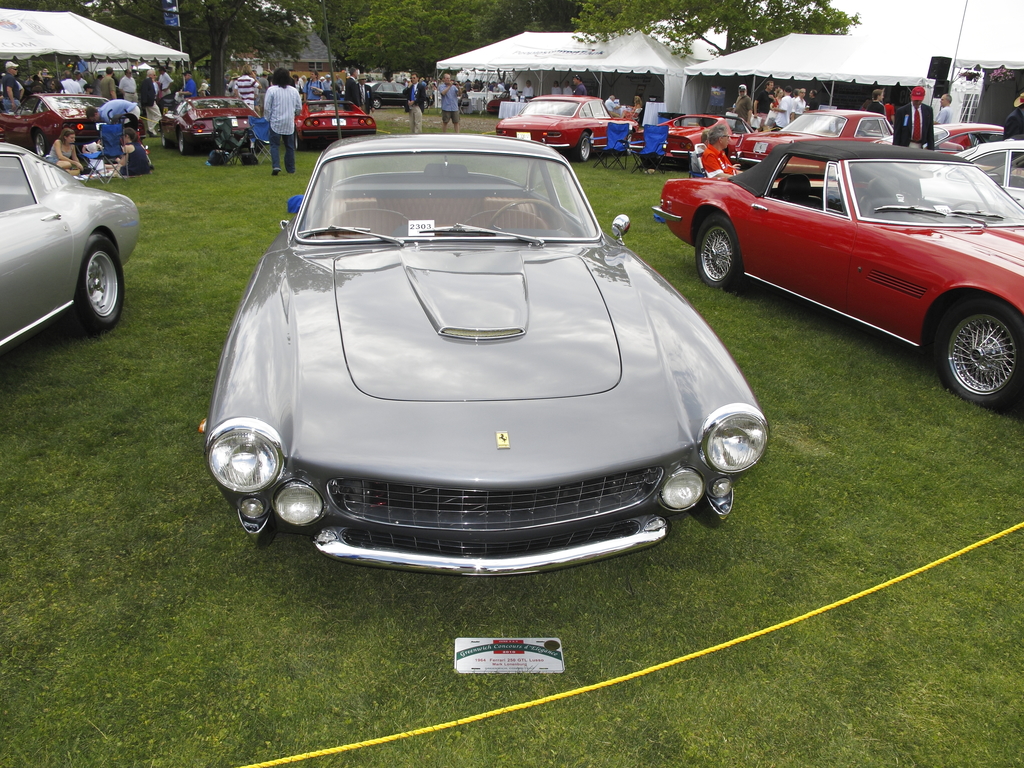 Everywhere you looked, there were more Ferraris – Tim Lynch’s 330 GTC Coupe was displayed by Tom Papadopoulous’s 330 GTS Convertible, both from 1967. Another crowd favorite was Michael Franz’s 1974 246 Dino – magnificent in red over tan leather. I am partial to the 1960’s 250 GT’s and there were two of the finest around on the field – Randall and Kathleen Poliner’s 1960 Series II Cabriolet an all time classic, and a 1962 250 GT presented by Miller Motor Cars – Greenwich’s long-time, local Ferrari dealer. But as I passed a gold Daytona Spyder and a 2009 Spider 16M, my eyes were drawn to a 1954 250 GT that whispered “race car” with its roll bar, exposed rivets and plexi-hood-mounted wind screen. The car’s owner, Randall Poliner, said that he had only just purchased the car 2 months ago but that he had been driving it on Long Island the day before and laughed, “It’s a lot of fun! But, it’s not like getting in and driving anything modern.” His daughter saw us talking, ran up and gushed, “I fell in love with the sound…” Randall then referred me to Tom Papadopoulous, the owner of the shop that had done the research and restoration work on the car and he provided some of the car’s history. First he showed me the serial number plate - 0383GT – and he explained that it was discolored because this car lived through the fires during the Detroit riots! He went on to explain that his research showed it was built to be used in competition with a big racy clutch and huge carbs. He described it as a “Prototype TDF” and “Was born to be a race car.” He said there is evidence that the car ran in the Tour de France, was used in hill climbs, ran the Rallye Sestriere and competed in the USA at Watkins Glen, Lime Rock and Sebring. He said, while it’s closer now to the way it was originally built, they were still working on some details, like replacing the wind shield with a period correct piece. Regardless, it was beautiful and when the owner fired it up for the judges, everyone smiled! Fifteen years is a long run for any show but if the Wennerstroms can continue to attract the same level of cars, I don’t see any reason we can’t have 15 more.