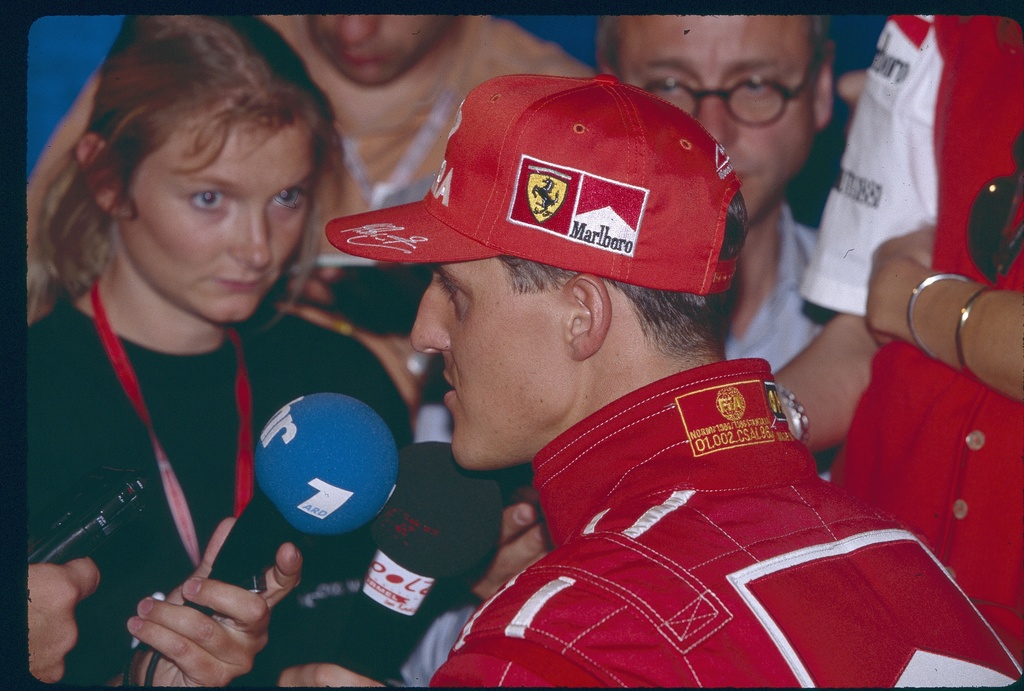 Some say the silly season starts after the last checkered flag has dropped.  Not so.  If you pay attention, at every race, drivers really say some of the silliest things imaginable.  And it's not always their fault.  Sometimes the TV catches them right after some bozo has run over the back end of their car and then we get to hear uncensored comments that add new meaning to the word "colorful."  One I can remember vividly was A.J. Foyt trash talking about Jeff Andretti who had just made a bone head move and took both himself and a frustrated Mr. Foyt out.  And Jeff is A.J.'s Godson. Unfortunately, most times you and I only get to hear driver's silly statements after they have had some time to calm down and prepare themselves for the camera. Usually they are interviewed by a gracious pit lane "reporter" after their car has limped back to the pits with steam and titanium parts training out the tail pipe.  We see the well groomed reporter with the microphone lean in through the crowd and ask something original and shocking like, "So what happened out there?"  Immediately, the driver makes the change from frustrated competitor to diplomatic sales guy.  He (and sometimes she) almost always answers, "Well, you know, the Valvoline, K-Mart, Pep Boys, Preparation-H, Weed Eater, Chapstick, National Public Radio, Bosch sparkplug, Ginsu Knife, Pepsi, Ford was running great.  This was the best race car I have ever had in this, or any other lifetime, and the team did a great job this weekend like every other weekend with the setup, you know we were fast right out of the truck, and even though we only qualified 23rd and were running dead last, our Goodyear tires were perfect, but you know, I guess Satanic forces in the cosmos made something let go in the engine and well, that's racin'..."

Let me clue you in, as soon as you hear a driver say, "Well, you know..." I can guarantee that the next 89 words you will hear will be the sponsors names, their toll free 800 telephone numbers and nice words meant to suck up to sponsors, crew and car owner. Just once I want to hear a driver come in and say something like: "This piece of crap was slow Friday, it was slower when the morons from the tire company screwed with my tire pressures on Saturday and now, after running around like a rolling roadblock for 20 laps, it's sitting in pit lane dripping oil like a slice of cold pepperoni pizza because my tightwad sponsors wouldn't give us enough money so we could hire something better that these minimum wage, mouth breathing, room temperature IQ mechanics, one of whom forgot to tighten up the 39 cent oil clamp that just fell off and dumped 19 quarts of 10W-40 on the fastest corner on the track.  But hey, that's racin'"

I think the dumbest interviews are after crashes - especially if the driver being interviewed screwed up and caused the shunt. The driver usually starts with, "Well, you know, we were running good but we got a little loose and down in turn 4 we got together with the number 23 car and well, that's racin'...." 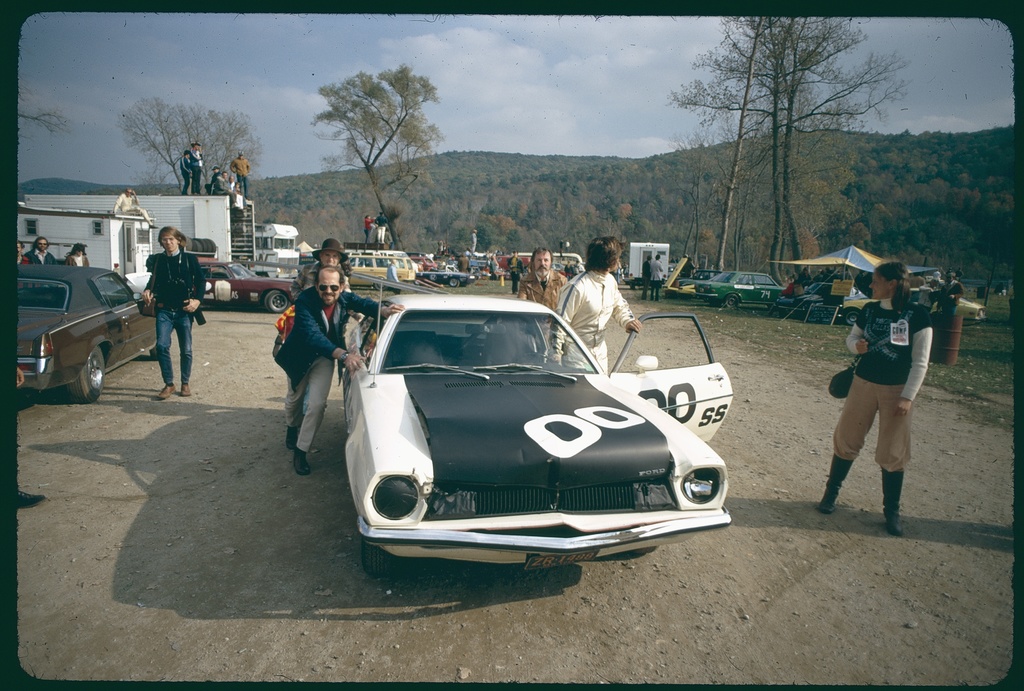 "We" got loose?  I want to know what's with the "we" stuff anyway?  They did away with riding mechanics sometime around the Lincoln administration.  So if there was a "we" in the car that got loose that “we” was you pal!  But, I guess, if I just smacked a five hundred thousand dollar race car into unforgiving concrete (is there any other kind?) or into someone else's five hundred thousand dollar race car (and then concrete), I would want to share the credit with as many people as I could.  I might even blame the guy interviewing me! 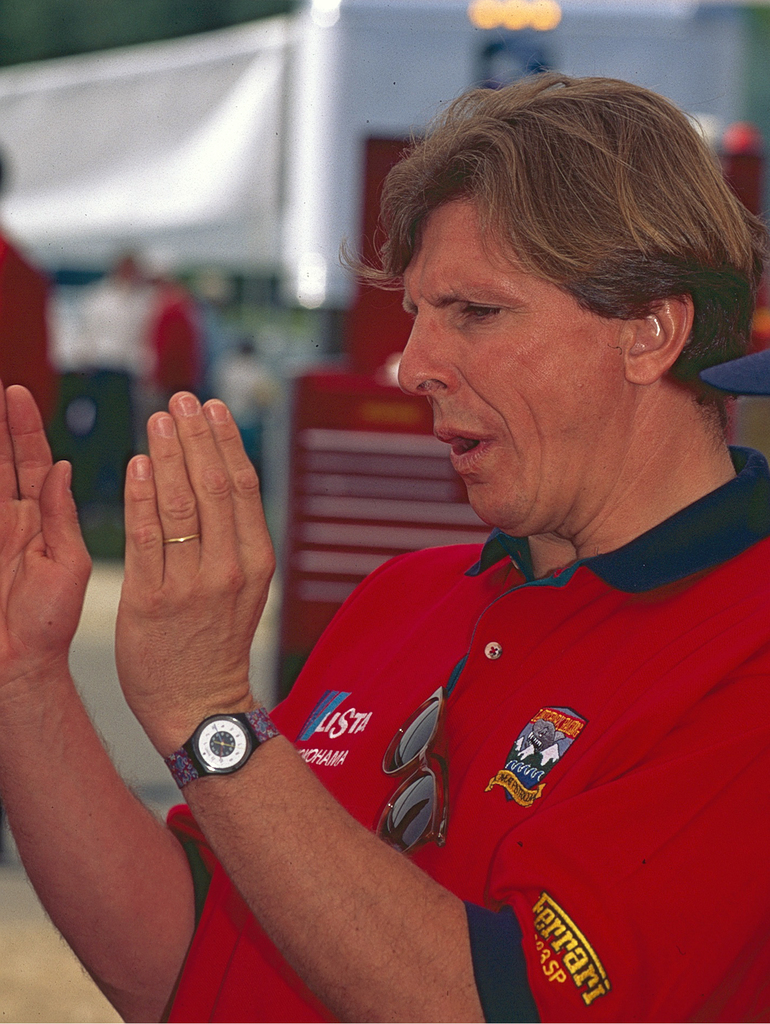 But racing is such big money these days that I don't think you will ever hear an honest interview anymore.  That is unless you count the "interview" Arie Leuyndyke gave as he passed another driver during the Indy 500 a while back.  It seems the other driver did something that annoyed Arie and he waved back the classic one finger salute (no, he was not telling him that he thought he was number one...).  This gesture of affection, naturally, was caught on the in-car camera and replayed at least once on national TV by ABC Sports.  I think their new motto is "The thrill of victory and the middle finger of frustration."

But hey, well, you know, I guess, that really is racin'? 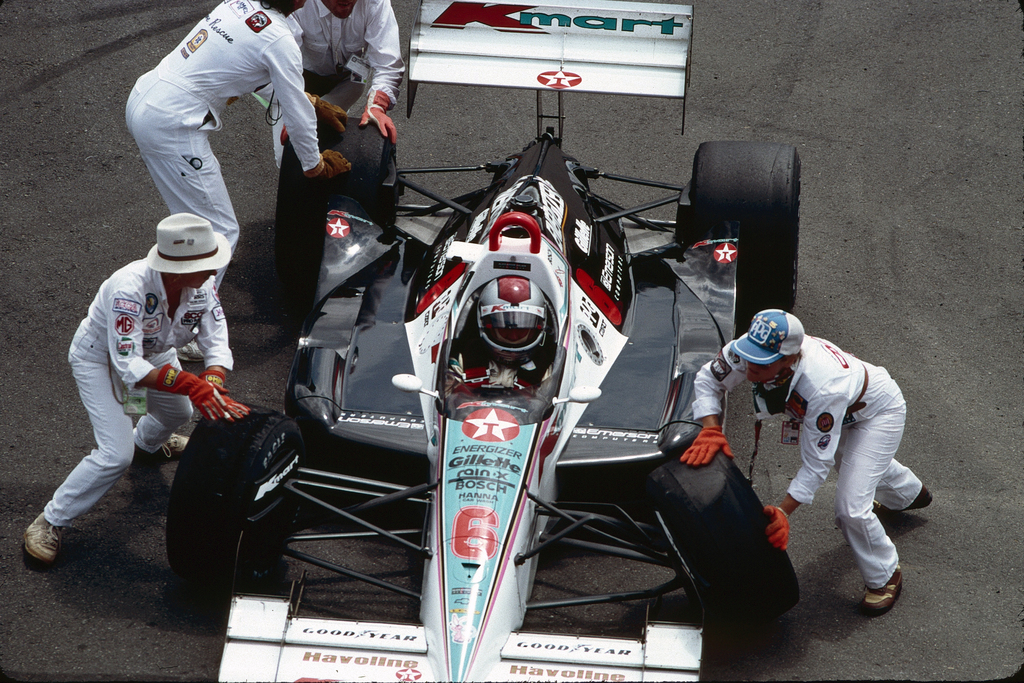