HI I have a unique site - I believe no one world wide has what i do
- I document in depth whats in a car magazine (while mostly local kiwi besides many kiwi magazines send them to me free overseas i have to buy and $$$ is tight at the moment:) ) as overseas ones Editors have not got their head around the concept that i promote them for free? (Go Figure .. I come to the conclusion there a lot of thick editors out there!) - I covered details of magazines published 2006-2009
see site… Continue

Come see our newest exhibit, "What Were They Thinking? The Misfits of Motordom" as seen on KTLA this morning and tonight!

KTLA's Gayle Anderson interviews Curator Leslie Kendall this morning to find out, "What Were They Thinking?"

Local Los Angeles TV station KTLA (they’re on the CW) stopped by to check out our newest exhibit, “What Were They thinking? The misfits of Motordom”. If you missed the story during this morning’s newscast, watch the 6:30 and 10:00 pm news tonight on KTLA for more!

“What Were They Thinking? The Misfits of Motordom” opens Saturday! Stop by and see a very unusual… Continue

i am just getting into classic racing with a lynx, which is a NZ build replica of the good old lotus 7, based on a triumph herald chassis and powered by the 2tgr toyota engine. for its age it goes quite well.

to date i have done the wallaceville hillclimb and a triumphs in taupo meet on the recently used A1GP track.

have another hillclimb in 2 weeks and then hoping to do a 2 day meet at manfeild (MG charity classic)in may, meantime its full steam ahead doing body work and… Continue

Welcome to all the Texas Car Clubs and CVAR Members

Please invite your members and friends to attend this great celebration of Vintage cars and Vintage Racing.

We will have Visitor sections for American and European cars, (English, German, Italian, French and all “others”). BACK TO THE TRACKS CAR SHOW - APRIL 4TH - TORRANCE 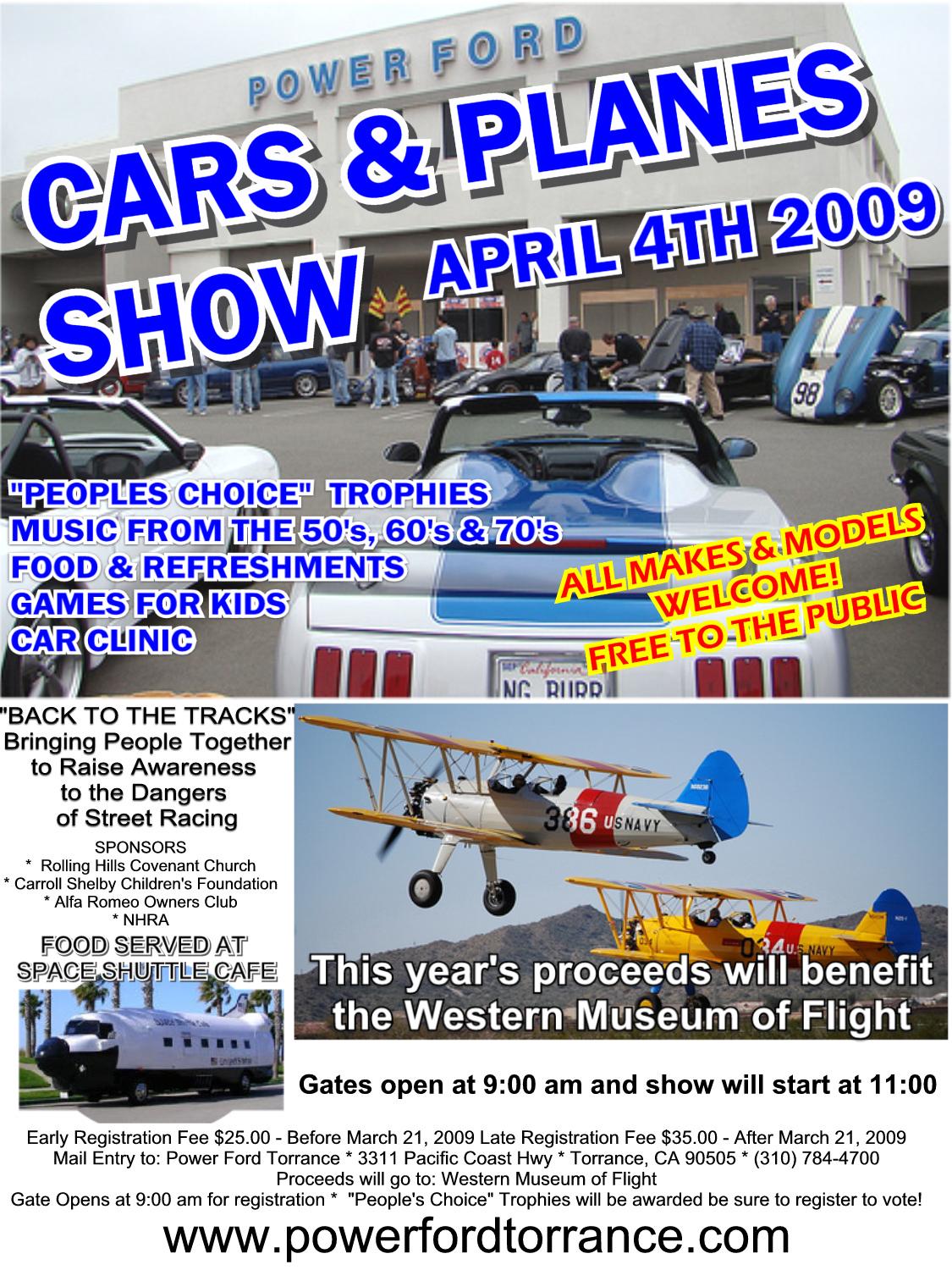 I wanted to send a personal and early invitation to your club members to the 2nd "Back to the Tracks" Car Show at Power Ford of Torrance. We had a great time last year and this year we will try to make it bigger and better.
The date will be April 4th 2009, I will be sending more formal invitations and information with details. Untill then, please mark your calendars as I would like to see you attend.

Anyone looking for someone to race their car?

I know it's a snowball's chance in hell, but I still need to ask...is anyone looking for someone to drive their vintage (or late model) car in a race?....Don Pentecost....don_pentecost@yahoo.com If you are in France in June, head to Dijon Prenois circuit in Burgundy for the Bol d'Or on the weekend of the 20/21. This is a friendly club meet, well attended by UK participants, as well as French, Belgians, Swiss etc. For more info see http://www.burgundytoday.com/spectator-sports/dijon-prenois/dijonprenois-agedor.htm

The GT40 Racecar is Back in Production After 40 Years: The GT40-R
After 40 years, an authentic recreation of the iconic GT40 racing car that beat Ferrari and won the Le Mans 24 Hours Race in 1966, 1967, 1968, and 1969 is being rebuilt and sold in the US. Named the GT40-R, this racecar will be eligible for vintage racing in the Historic Sportscar Racing association (HSR) and other venues. The GT40R is an authentic reproduction of the original, and is licensed as a continuation model… Continue

Greetings....is is o.k. to ask if anyone is interested in a (vintage or) new F-1 or Nascar investment?

I am interested in vintage "anything with a motor", including motocycles....but I am also seeking an investor-sponsor for a start-up Formula 1 team...I also have a current opportunity to drive a Nascar truck in the ARCA series, but I have to bring in my own investor. they (the truck owner), will supply the race-ready truck, use of the race shop facility in las vegas, and a qualified crew. Interested? www.formula1racing-usa.com (just started this website, and still under construction). I am in… Continue

Here's a behind the scenes look at what happens during a museum exhibit de-installation when the vehicles are a little too large to come down the ramp.… 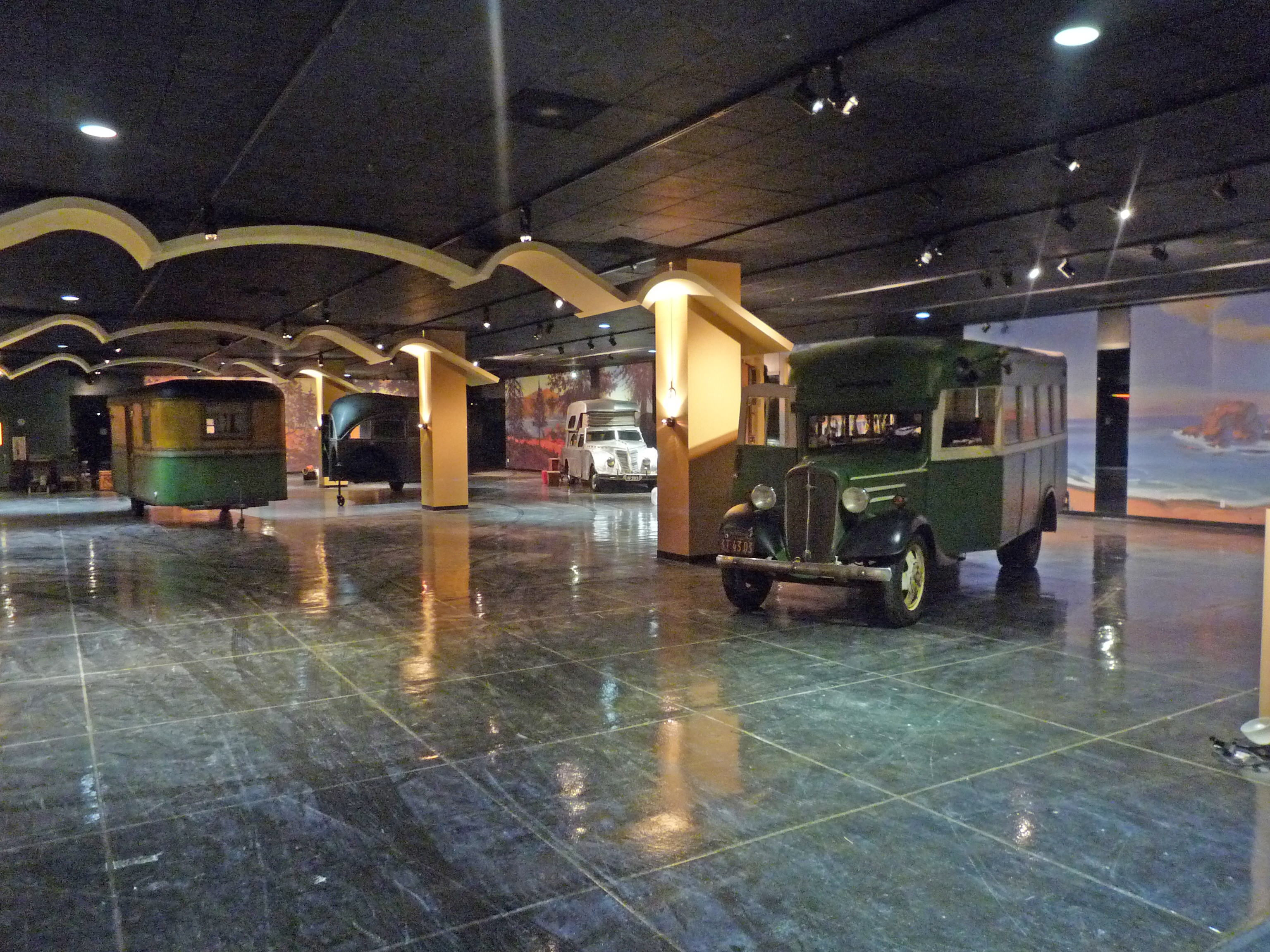 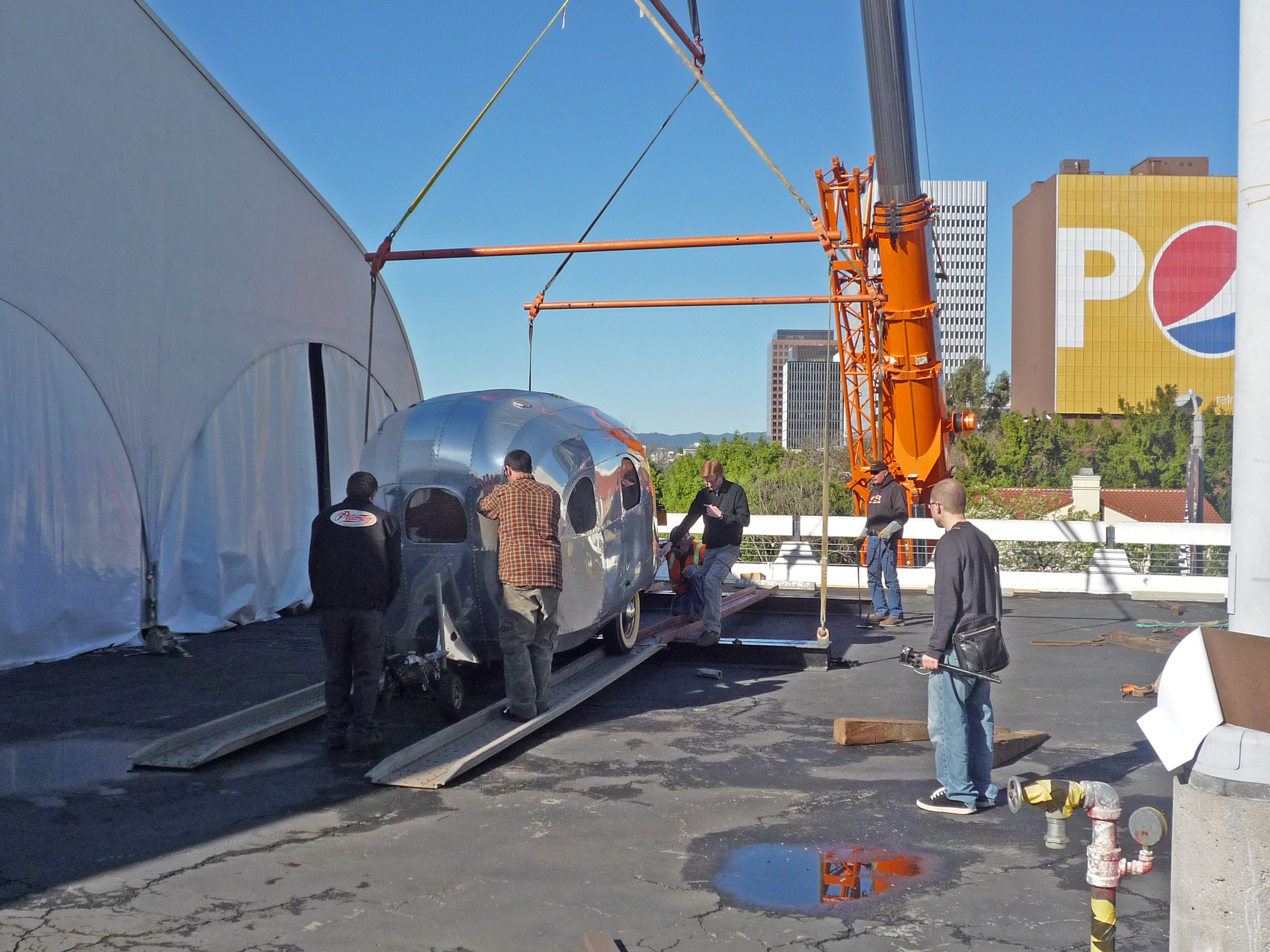 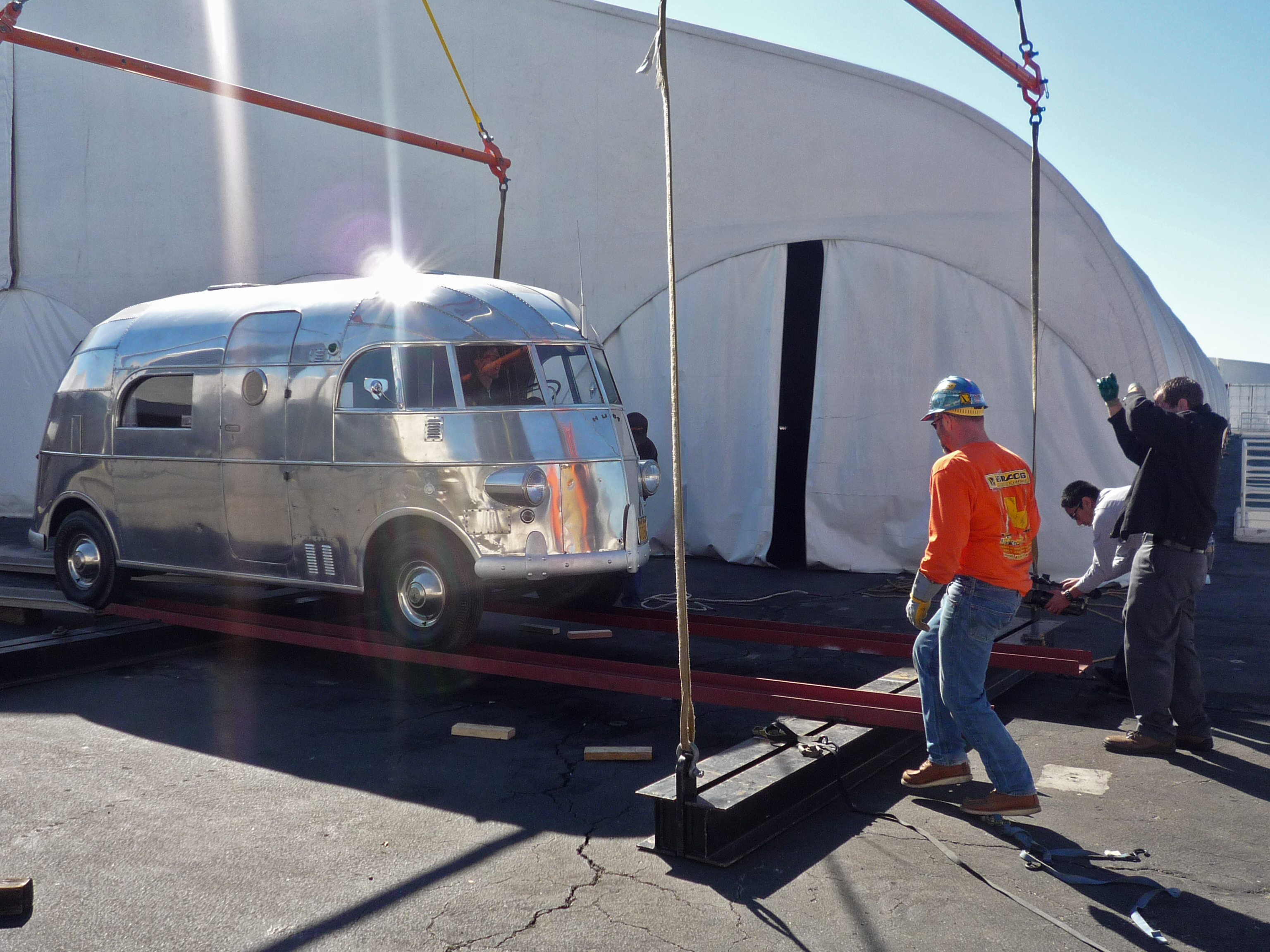 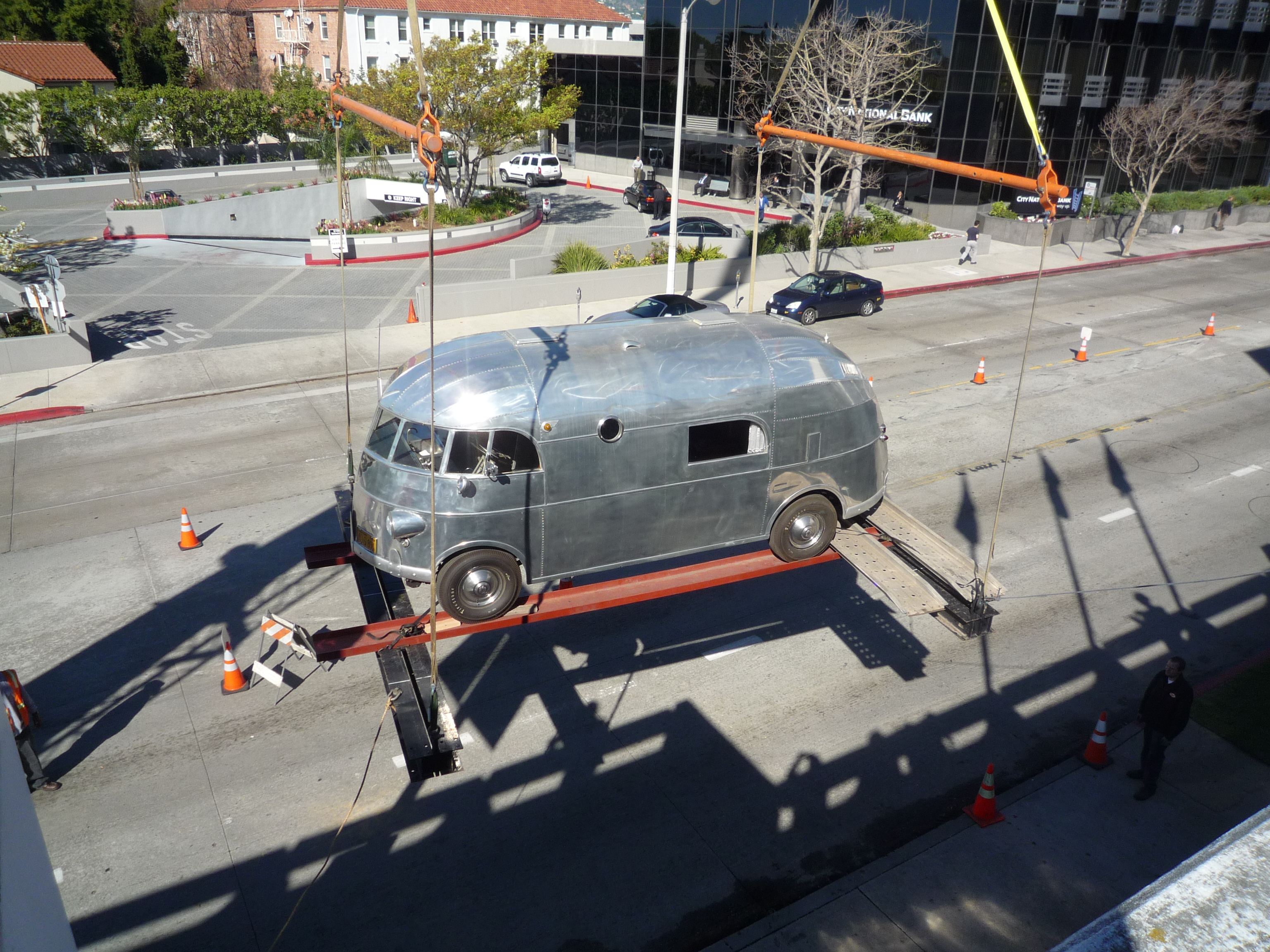 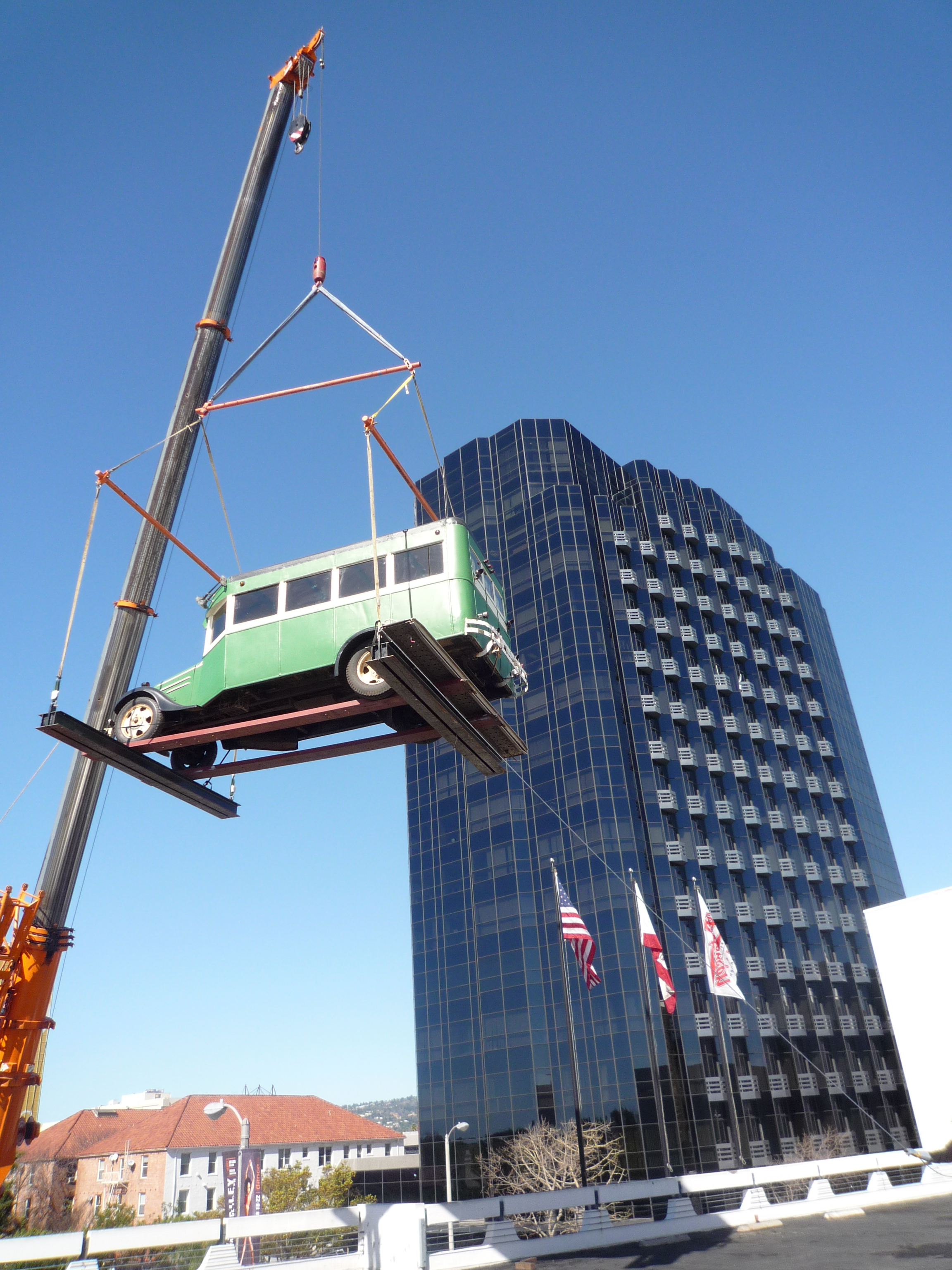 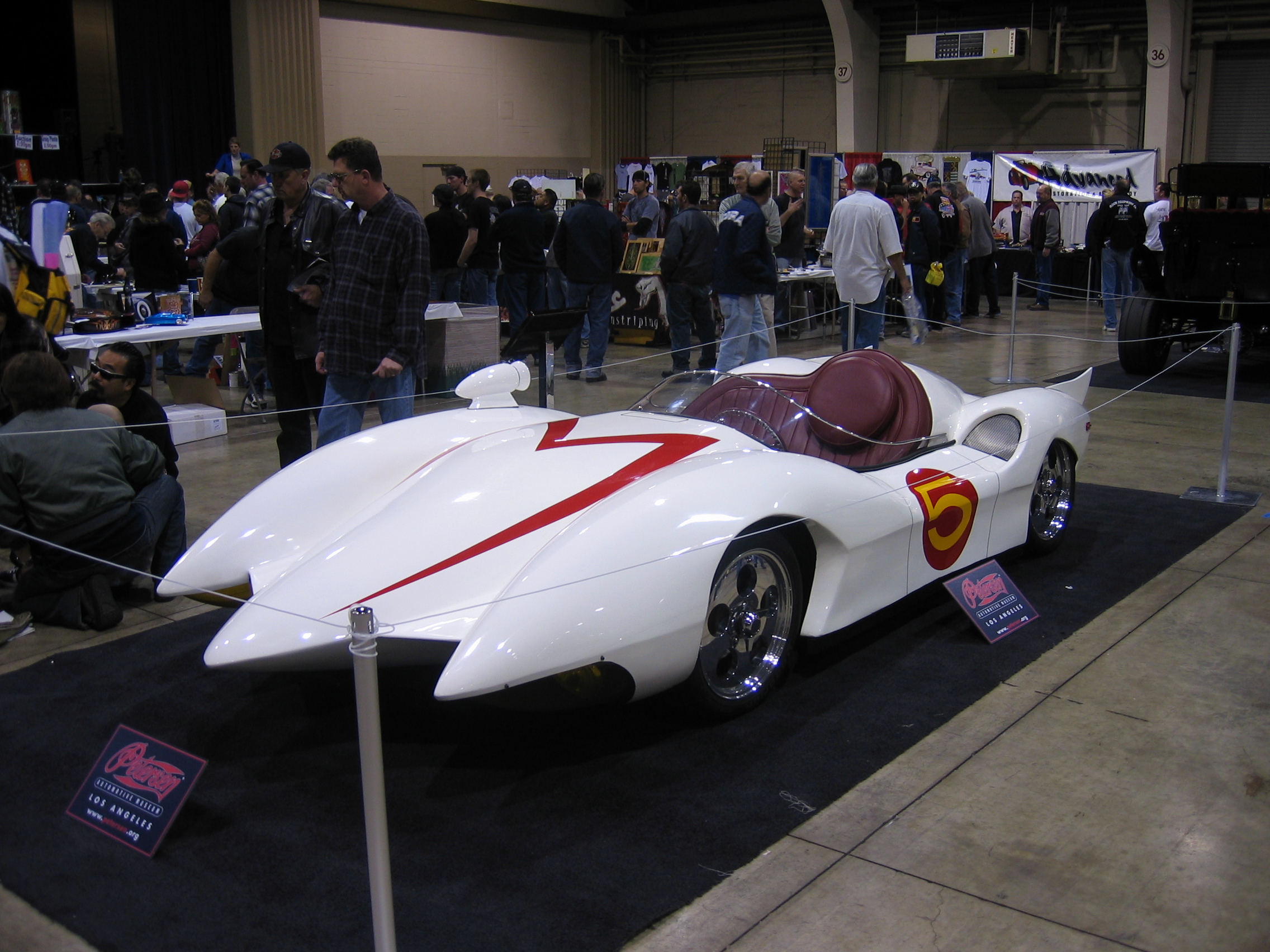 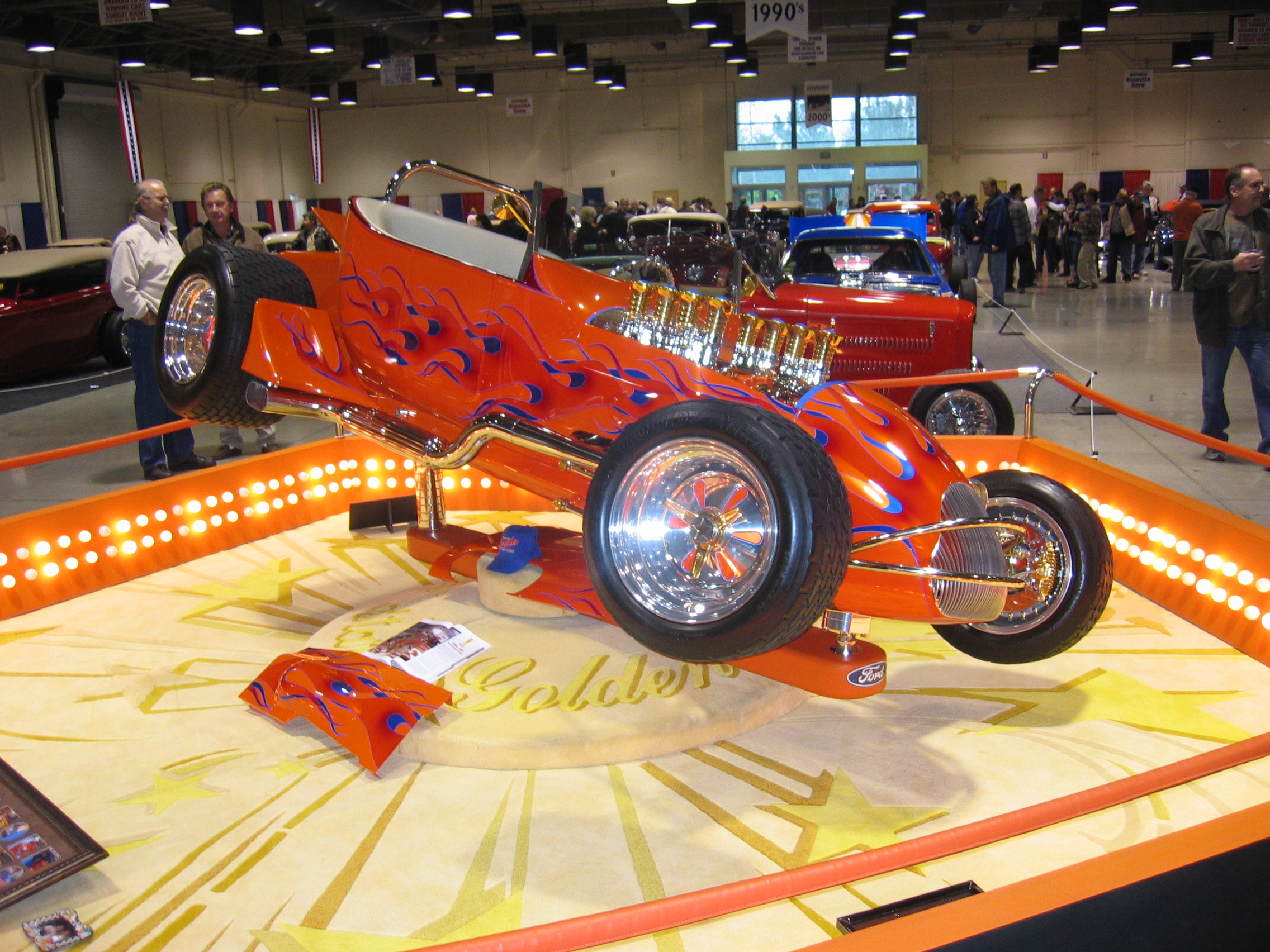 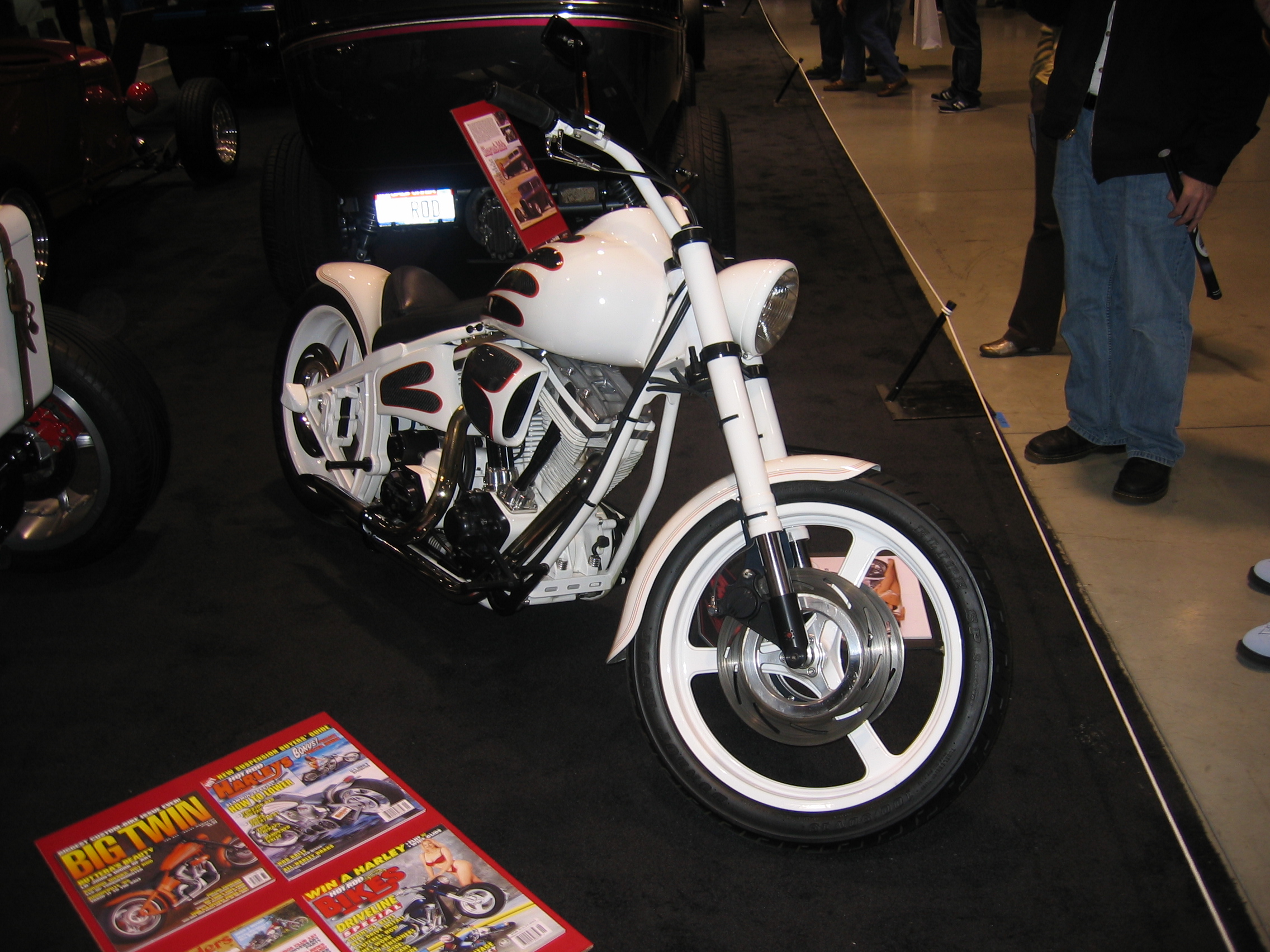 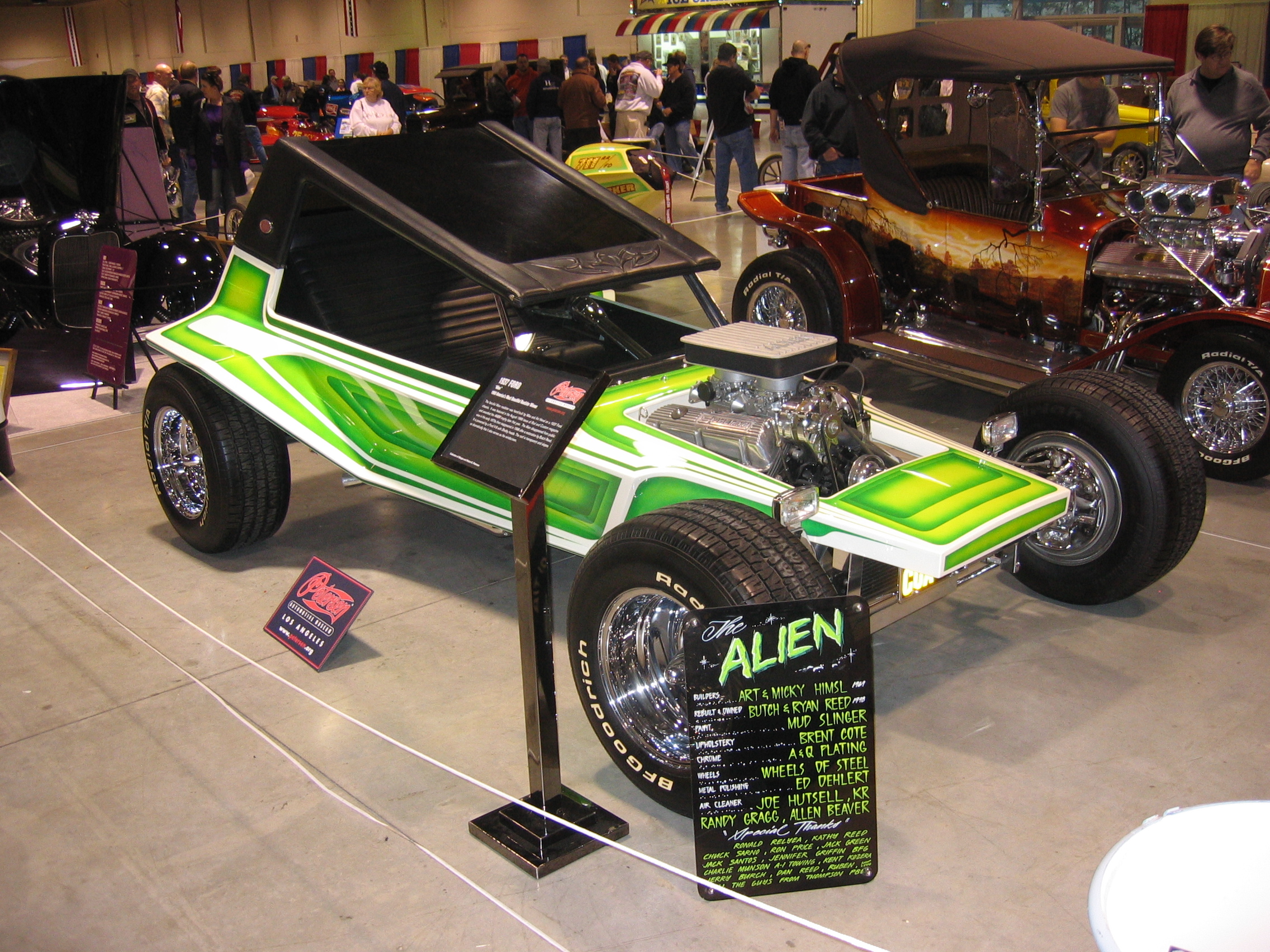 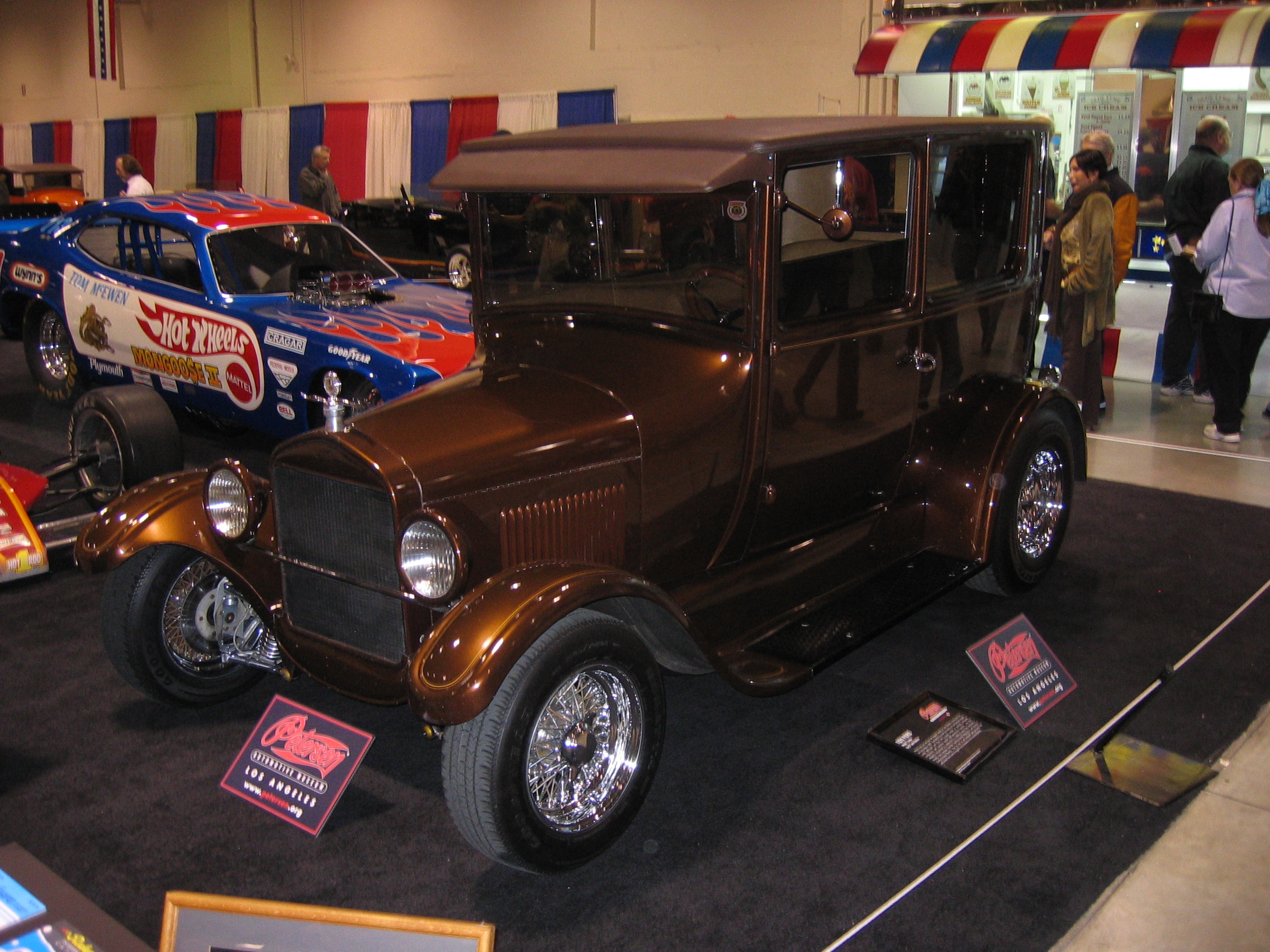 I'm heading to the Chicago Auto Show for the media days. I'll be shooting photos and probably some host work for the company I work for. It started with the Mustang, then the Challenger and now the Camaro are making a retro comeback. I haven't seen the Camaro in person, so I'm looking forward to seeing how the lines stand up. It looks a little bulky is some of the press shots, but I'll hold off until I see it first hand.

RM Auctions, in association with Sotheby’s, will present the legendary 1957 Ferrari 250 TR (chassis no. 0714TR), when the famed Ferrari Leggenda e Passione event returns to Maranello, May 17, 2009.

Held during the final stretch of the famous Mille Miglia retrospective, the exclusive annual event will offer an unprecedented collection of historic Ferraris for auction.

Considered one of the most alluring, competitive and… Continue

Anyone needing Transportation & or Track Support for the HSR, SVRA, Historic Ferrari Challenge or other events please contact me at Moorespeed (512) 474-7223 or by email david@moorespeed.com. We have both 54' & 48' race transporters.and offer simple transportation to arrive and drive full track support.