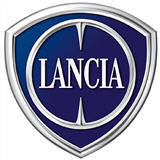 Lancia Automobiles was founded in 1906 by Vincenzo Lancia. Lancia became part of the Fiat Group in 1969. 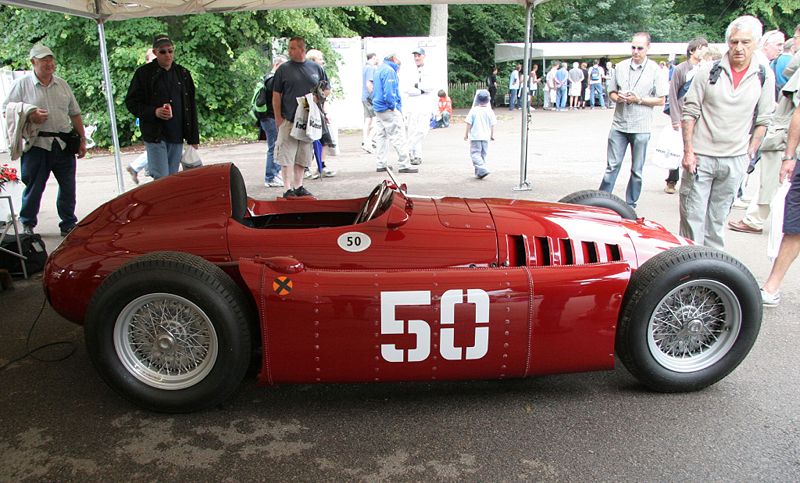 Lancia Automobiles is an Italian automobile manufacturer founded in 1906 by Vincenzo Lancia and which became part of the Fiat Group in 1969. The company has a long history of producing distinctive cars and also has a strong rally heritage. Modern Lancias are seen as presenting a more luxurious alternative to the models in the Fiat range upon which they are based. One of the firm's trademarks is the use of letters of the Greek alphabet as the names of its models. The Lancia CEO is Olivier François. 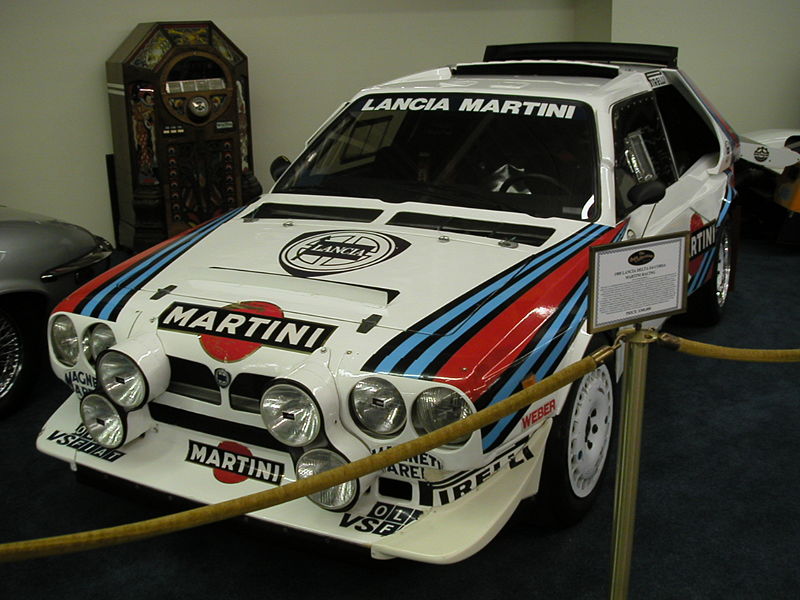 Foundation and early years
Lancia Beta Torpedo (1909)Lancia was founded on 29 November 1906 in Turin by Vincenzo Lancia and his friend Claudio Fogolin, both being Fiat racing drivers, as Lancia & C. The first Lancia automobile the "tipo 51" or 12 HP (later called Alfa) was made in 1907 and produced from 1908. This car has a small four cylinder engine with a power of 58 bhp. 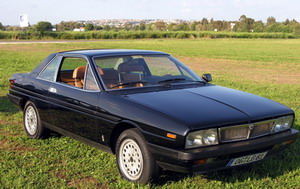 Lancia is famous for many automotive innovations. These include in 1913 the Theta was the first production car in Europe to feature a complete electrical system as standard equipment, the first with a monocoque-type body - the Lambda, produced from 1922 to 1931 which also featured 'Sliding Pillar' independent front suspension that incorporated the spring and hydraulic damper into a single unit (and featured on most production Lancias until the Appia was replaced in 1963). In 1948 saw the first 5 speed gearbox to be fitted to a production car (Series 3 Ardea), the first full-production V6 engine, in the 1950 Aurelia, and earlier experiments with V8 and V12 engine configurations. It was also the first company to produce a V4 engine. Also, Lancia pioneered the use of independent suspension in production cars, in an era where live axles were common practice for both the front and rear axles of a car as well as rear transaxles which were fitted to the Aurelia and Flaminia ranges.

Association with other automakers
Lancia was not closely associated with any other manufacturer until the late 1960s. By this time, the company's expensive, high standards of production had become unsustainable. In aiming to produce a product of the highest quality, company bosses had sacrificed cost-effectiveness and when Fiat launched a take-over bid in 1969, they accepted. This was not the end of the distinctive Lancia brand, and exciting new models in the 1970s such as the Stratos, Gamma and Beta served to prove that Fiat wished to preserve the image of the brand it had acquired. 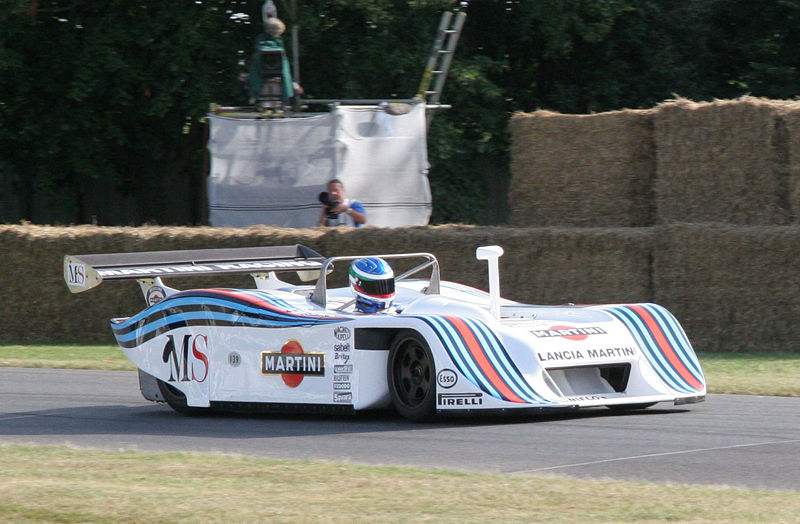 During the 1980s, the company cooperated with Saab Automobile, with the Lancia Delta being sold as the Saab 600 in Sweden. The 1985 Lancia Thema also shared a platform with the Saab 9000, Fiat Croma and the Alfa Romeo 164.

Lancia Ypsilon
The Ypsilon is a luxury supermini car produced from 2003, evolved in 2007 and is Lancia's best selling model as of 2006. Available with small (1.2- and 1.4-litre) petrol and JTD diesel engines, is also signed by MOMO design in one version: The Ypsilon Sport Momo Design.

Lancia Musa
A small MPV produced since 2004, the Musa is largely based on the Fiat Idea and available with rich image and equipments as high quality.

Lancia Thesis
The Thesis is a four-door executive sedan produced since 2002. It is the successor of the Lancia Kappa.

Lancia Phedra
The Phedra is a prestigious MPV made by Sevel, a joint-venture of PSA and Fiat Group. It is manufactured at the Sevel Nord factory near Valenciennes in France, and has been in production since 2002. 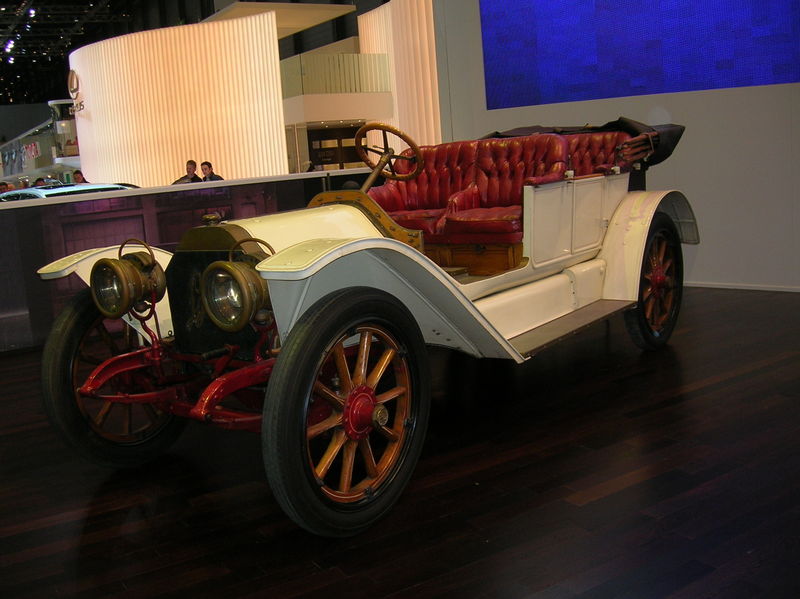 Lancia in the United Kingdom
Lancia Beta Spyder
Lancia Gamma coupéIn the late 1970s and 1980s, Lancia suffered an increasing image problem in the United Kingdom, centred around a perception that Lancia cars were prone to rusting, due to the Lancia Beta rust scandal; poor rust prevention techniques (typical of most automobile manufacturers in the 1970s) and inadequate water drainage channels led to the Beta gaining a reputation for being rust-prone, particularly the 1st Series vehicles, which were built from 1972–75. The corrosion problems could be structural; for instance where the subframe carrying the engine and gearbox was bolted to the underside of the car. The box section to which the rear of the subframe was mounted could corrode badly causing the subframe to become loose. Although tales of subframes dropping out of vehicles were simply not true, a vehicle with a loose subframe would fail a technical inspection. In actuality, the problem affected almost exclusively 1st Series saloon models and not the Coupé, HPE, Spider or Montecarlo versions.

In the UK (Lancia's largest export market at the time) the company listened to the complaints from its dealers and customers and commenced a campaign to buy back vehicles affected by the subframe problem. Some of these vehicles were 6 years old or older and belonged to 2nd or 3rd owners. Customers were invited to present their cars to a Lancia dealer for an inspection. If their vehicle was affected by the subframe problem, the customer was offered a generous part exchange deal to buy another Lancia or Fiat car. The cars that failed the inspection were scrapped. 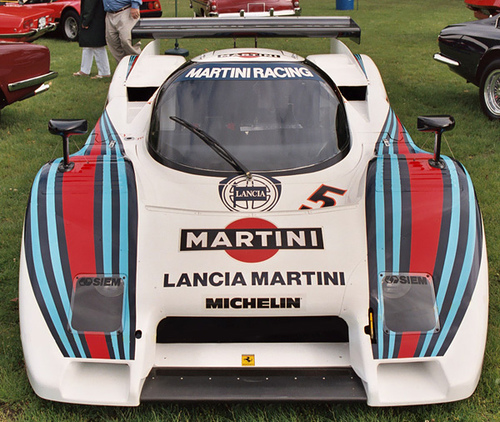 However, on 9 April 1980 the Daily Mirror and certain TV programmes such as That's Life! got wind of what Lancia was already doing to help its customers and embarked on a campaign to exaggerate the issue and humiliate the manufacturer. There were false claims that the problem persisted in later cars by showing photographs of scrapped 1st Series saloons, referring to them as being newer than five and six years old. Other contemporary manufacturers (British, French, Japanese and German) whose cars also suffered from corrosion were not treated as harshly. This was possibly because Lancia was seen as a luxury car brand at that time and consequently expectations were high. 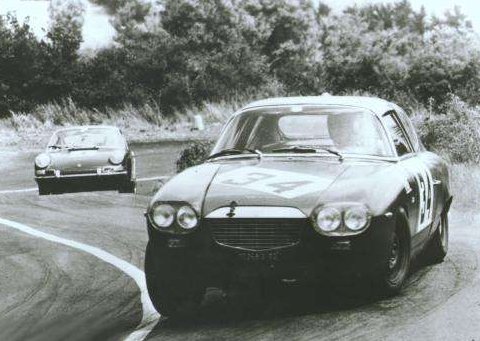 Ironically, Lancia had already introduced one year previously a 6-year anti-corrosion warranty — an automotive first in the UK. Whilst later Betas (2nd Series cars) had reinforced subframe mounting points and post-1979 cars were better protected from the elements, these issues damaged the whole marque's sales success on most export markets. However, thanks to its strong driver appeal, the Beta still enjoys a following today. Surviving examples make an interesting classic car choice for the enthusiast. Lancia's reputation was not helped by widespread, yet still unverified rumours of Fiat and Lancia using Russian steel.

However, as of September 2006, it has been announced that the brand will return to the UK with a right-hand drive version of its new Delta, in early 2009.

Lancia in the United States
Whilst some models had been imported on a small scale in the 1950s and 1960s, Lancias were officially sold in the United States from 1975. Sales were comparatively slow and the range was withdrawn at the same time as Fiat in 1982. Lancia in motorsport
Formula One
After Vincenzo Lancia's son Gianni became director of the firm, it started to take part more frequently in motorsport, eventually deciding to build a Grand Prix car. Vittorio Jano was the new designer for Lancia and his Lancia D50 was entered into the 1954 Spanish Grand Prix, where Alberto Ascari took the pole position and drove the fastest lap. In the 1955 Monaco Grand Prix Ascari crashed into the harbour after missing a chicane. One week later Ascari was killed in an accident driving a Ferrari sports car at Monza. With Ascari's death and Lancia's financial problems the company withdrew from Grand Prix racing. Altogether Lancia took two victories and ten podiums in Formula One.

Remnants of the Lancia team were transferred to Scuderia Ferrari, where Juan Manuel Fangio won the 1956 championship with a Lancia-Ferrari car. 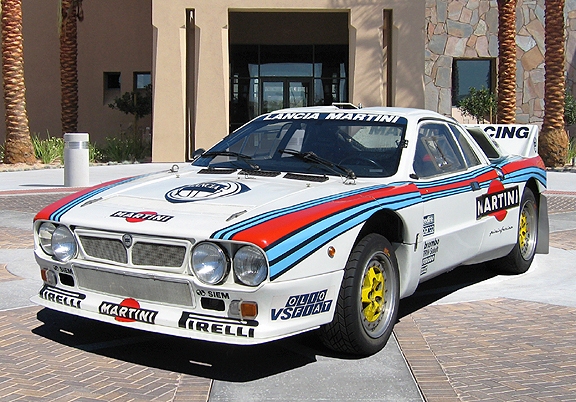 Rallying
A Lancia Delta S4 Group B rally carLancia has been very successful in motorsport over the years, and mostly in the arena of rallying. Prior to the forming of the World Rally Championship, Lancia took the final International Championship for Manufacturers title with the Fulvia in 1972. In the WRC, they remain the most statistically successful marque (despite having withdrawn at the end of the 1993 season), winning constructors' titles with the Stratos (1974, 1975 and 1976), the 037 (1983) and the Delta (every year from 1987 to 1992). The Delta is also the most successful individual model designation ever to compete in rallying. 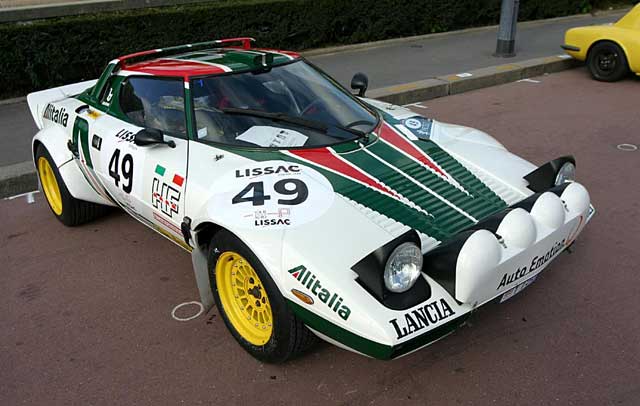 Juha Kankkunen and Miki Biasion both won two drivers' titles with the Delta. Among other drivers to take several World Rally Championship wins with Lancia were Markku Alén, Didier Auriol, Sandro Munari, Bernard Darniche, Walter Röhrl, Björn Waldegård and Henri Toivonen. The history of the brand in rallying is also tainted with tragedy, with deaths of Italian driver Attilio Bettega at the 1985 Tour de Corse in a Lancia 037 and then Finnish championship favourite Toivonen in a Lancia Delta S4 at the same rally exactly a year later. These deaths would eventually lead to the end of Group B rallying.

Sports car racing
A Lancia LC1 Group 6 sports carDuring Lancia's dominance of rallying, the company also expanded into sports cars in the late 1970s until the mid-1980s. Originally running the Stratos HF in Group 4, as well as a brief interlude with a rare Group 5 version, the car was replaced with the Monte Carlo Turbo. In 1982 the team moved up to Group 6 with the LC1 Spyder, followed by the Group C LC2 coupé which featured a Ferrari powerplant in 1983. The LC2 was a match for the standard-setting Porsche 956 in terms of raw speed, securing 13 pole positions over its lifetime, however its results were hampered by poor reliability and fuel economy and it only managed to win three European and World Endurance Championship races. The team's inability to compete against the dominant Porsche 956 and 962 sports cars led it to drop out of sportscar racing at the end of 1986 in order to concentrate on rallying, although private teams continued to enter LC2s with declining results until the early 1990s. 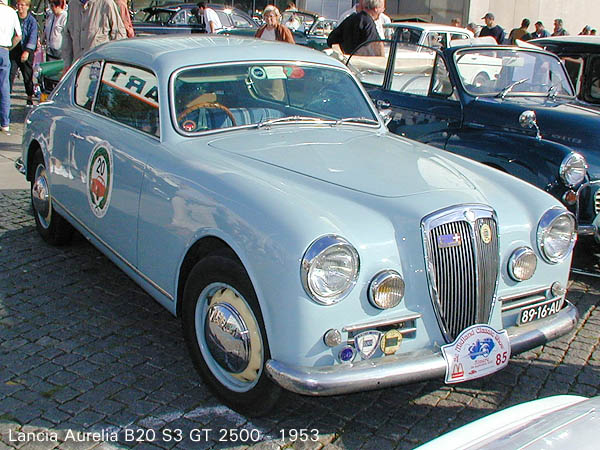 You need to be a member of Lancia Owners Club to add comments!

If you are a Group B Rally Fan and especially a Lancia fan then check out our Lancia 037 Recreation on www.carteroni.co.nz for a quick preview see photo below 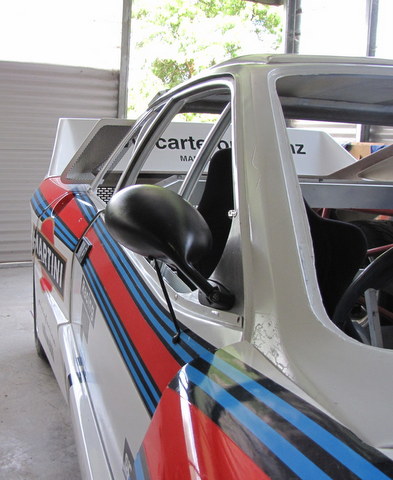 Comment by Paolo Giusti on June 15, 2010 at 7:37am
I'm the italian administrator of the Viva-Lancia.com Forum.
See at: http://www.viva-lancia.com/
Please, visit the english and the italian pages. 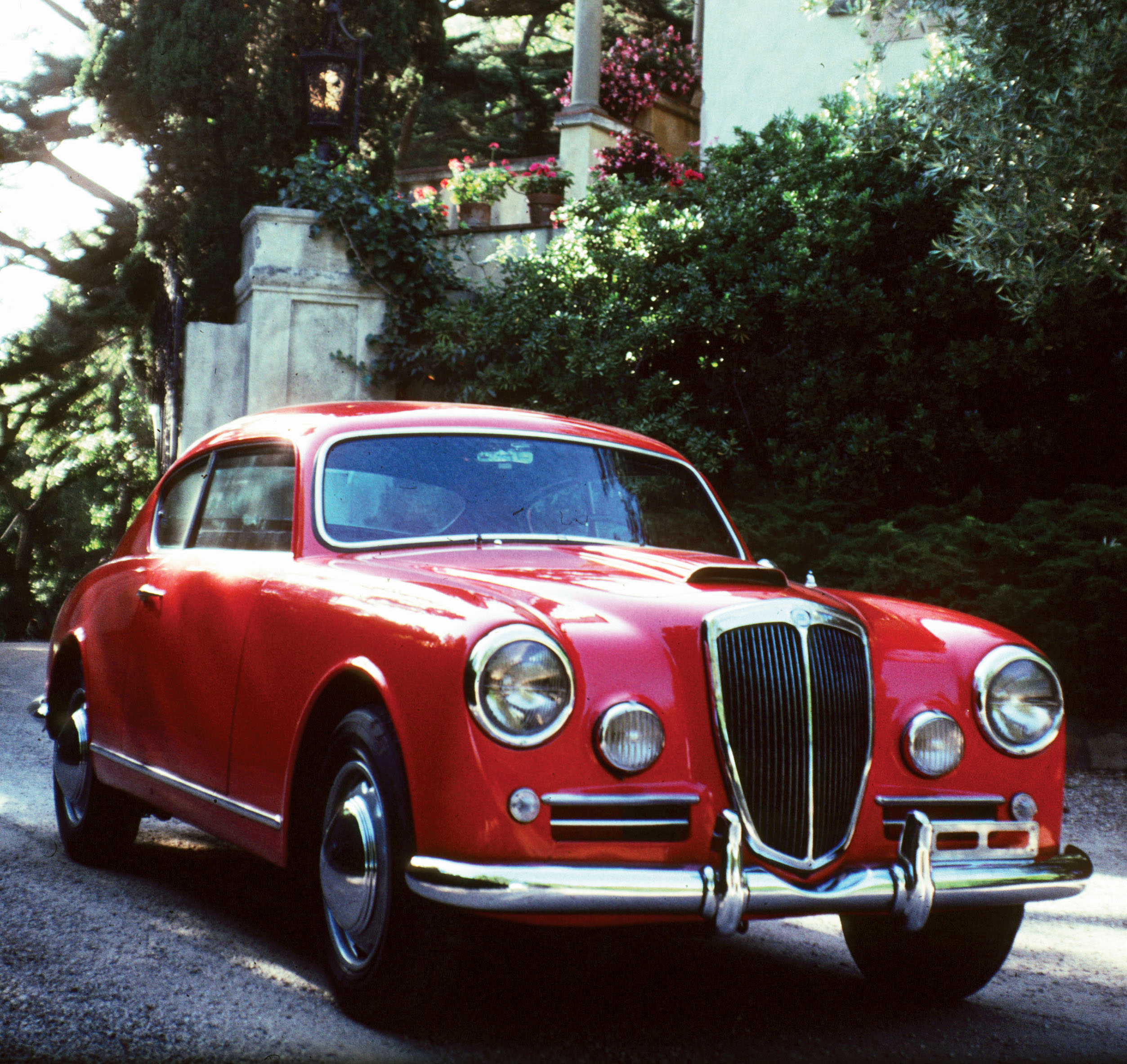 Comment by Cindy Meitle on July 20, 2009 at 2:39am
We're really excited about the Lancia cars set to display at La Dolce Vita Automobili at Black Horse Friday, August 14, 2009. Jan Vorbil will join us with his 1916 Lancia that he ran in the Peking to Parish Rallye and will autograph the new book Peking to Paris. We have many beautiful Lancias and other Italian cars plus more on the European Fairway. We have many specialty displays, wine, food and great people. We hope you will exhibit your car in our Lancia display and look forward to seeing you. www.ladolcevitamontereybay.com

Comment by Cindy Meitle on March 29, 2009 at 7:12pm
I'll be following one leg of the Copper Stae and will make sure to say hello! I'll be sending details back to VeloceToday.com and SportsCarDigest.com as well.

Comment by Henry (Hank) Baumann on February 15, 2009 at 12:57pm
Good afternoon .FYI- If any of you are planning on visiting Road America this year, please let me know. Thanks! Hank

Comment by guy moerenhout on January 22, 2009 at 5:30am
hallo all ,look one in our site www.abarth-gmr.be .Here you find more rally/racing info about newer Lancia's .Not many now that there where Beta Rally Coupe,Beta Monte Carlo Rally,Beta HPE rally,Beta Volumex and some Beta Rallyservice car .all to see in our "abarth works museum"