The fastest single engine car in history - "Spirit of Rett" 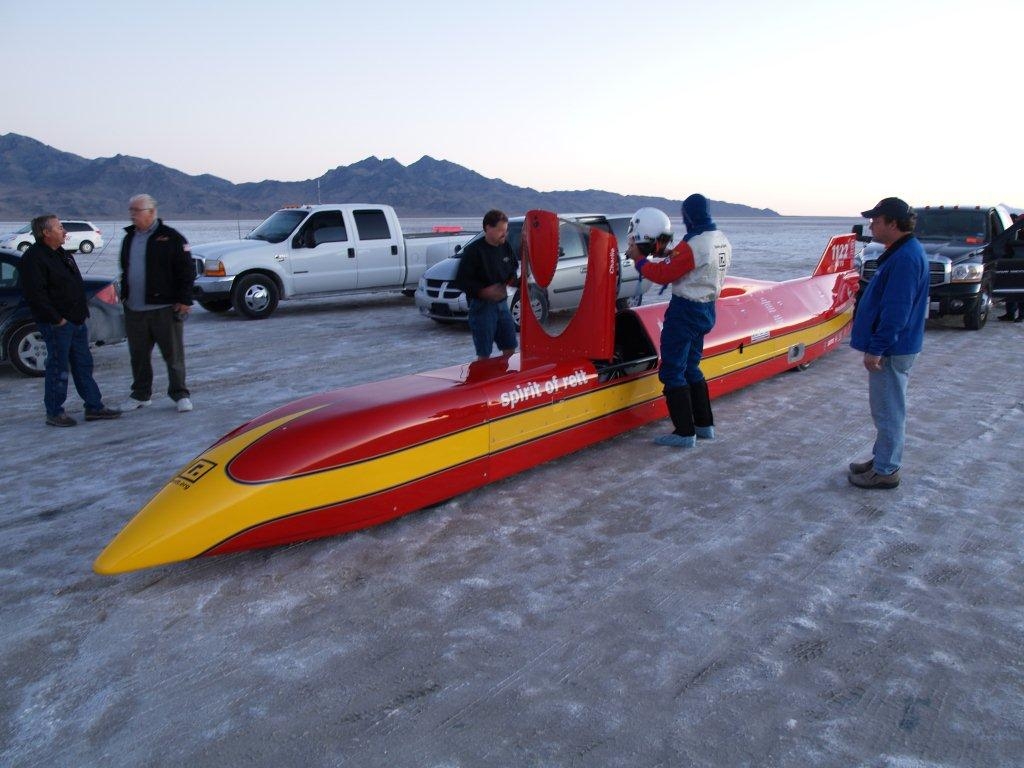 This morning the “Spirit of Rett” made two phenomenal speed runs. The first run averaged 417 MPH with an exist speed of 422.6. The return run, made under more difficult track conditions, averaged 411.7 MPH with a top speed of 417.65. The average speed of approximately 414.4 MPH exceeded the 45 year old Summers brothers’ Goldenrod record set when I was 15 years old. The “Spirit of Rett” is now the fastest single engine car in history.

The crew, led by Lee Ryan, consists of Roine Anderssen, David Tate, Scott Sargent, Ed Stuck, Chuck Horrell, and Tom Brown. The engine, which performed absolutely to perfection, was built by Brad Morgan and Bruce Allen of Reher-Morrison Racing Engines. Our oil, which had to work under extreme temperatures, was provided by Red Line Oil Corporation. The parachutes and safety gear was provided by D-J Safety. I am extremely gratified for all the hard work of these individuals toward the “Spirit of Rett” effort. Over the last 45 years many people, many times have attempted to break the record, and we are very proud and humbled to have finally done so.

This effort is dedicated to Rett and all the children fighting cancer.

Thank you all for your prayers and well wishes.

Comment by Daniel Mensinger on October 1, 2010 at 12:26pm
Well done guys. I have been a fan of speed cars since the days at El Mirage in the 60's. We were lucky enough to see the Goldenrod in it's construction and later on the show circuit. These are wonderful machines and the builders deserve a lot of credit. Can't think of a better way or place to drive.

Comment by Mike Rogers on September 30, 2010 at 9:03pm
Congratulations to the entire team!