The Drivers - new Ridley and Tony Scott TV series set in the world of sports-car racing of the 1950s and ’60s. 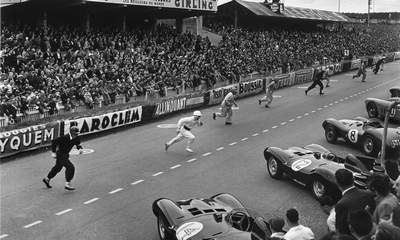 The Drivers - new  Ridley and Tony Scott TV series set in the world of sports-car racing of the 1950s and ’60s.

British movie directors Ridley and Tony Scott are set to produce a TV drama series set in the world of sports-car racing of the 1950s and ’60s.

The Drivers is based on the book Shelby: The Man, the Cars, the Legend, written by Wallace A. Wyss, and is clearly intended to take advantage of the popularity of TV dramas set in the period, such as Mad Men.

The Scott brothers are responsible for the movies Blade Runner, Alien, Gladiator, Top Gun and Days of Thunder. Their Scott Free company has already produced successful TV series such as Numb3rs and The Good Wife.

They will join forces with production companies Headline Pictures and Sennet Entertainment in creating The Drivers, with funding from Freemantle Media Enterprises.

“I grew up in the north of England at a time when Stirling Moss was a hero,” Ridley Scott said. “Everyone wanted to be a racing driver. This is a hugely ambitious project and a once-in-a-lifetime opportunity to tell the story of these iconic and legendary men who risked everything to win at Le Mans. It’s an epic story of courage and ambition and a history of racing which has never been told on such a grand scale.”

“Having Ridley and Tony onboard brings something really special to the project,” said David Ellender of Freemantle. “They are indisputably two of the best filmmakers in the world today, and their involvement raises the bar on this project to a much higher level of storytelling and production. Their vast international success, combined with their British background, puts them in a unique position to understand characters and stories from both sides of the Atlantic.”