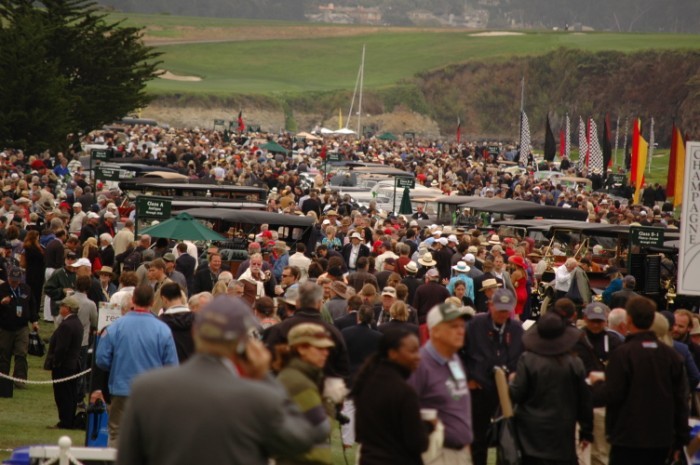 By counterprogramming two world-class car-guy events--the Motorsports Reunion/Pebble Beach Concours d'Elegance and the Woodward Dream Cruise--you make it difficult, again, for us to choose. Enthusiasts are gluttons for our lifestyle's good stuff, so why do you insist on making us pick one spectacular deal over another?

I will come out and say it: Woodward should change its date. The event came to the car-guy calendar late. It is an interloper on the third-weekend-in-August date.

For more years than I can remember, organizers of the Woodward Dream Cruise have held their event (this year it is Aug. 20) smack in the middle of the Pebble Beach auto week of car lust (which culminates this year on Aug. 21). The Woodward guys say they don't care; the audiences are different and therefore they don't have to worry about it.

They are wrong. And economics proves it.

Sure, the demographic audience makeup of each might be different. And sheer numbers of cars and people will tip in Woodward's favor. But Dream Cruise organizers are flat wrong in thinking they couldn't benefit with a date change. Carmakers and the executives who care about cars--and who control purse strings--would just as soon be at two events rather than one. Get the execs, get the bigger budget. Simple economics.

I shouldn't have to pick and choose. I should be able to have it all, and so should you!

What's a fella to do? As an E-type owner, I feel a magnetic pull. Throw in that I was rocked to sleep in a C-type as a babe, and the draw is greater still.

Then Woodward is right up the street. A million people coming to our house, and it would be impolite to up and leave town, right?

I have time to figure it out. But this has started an inner fight that won't likely be settled until sometime mid-summer. Damn you, organizers! Damn you!

What will you do?