I had the good fortune to hear David Donohue speak about the Daytona 24 Hour Race at an event held at the Simeone Foundation (a wonderful automotive museum outside Philadelphia ). It was so interesting that I thought you car crazies would love to hear his insights on this memorable win for Brumos and Porsche. 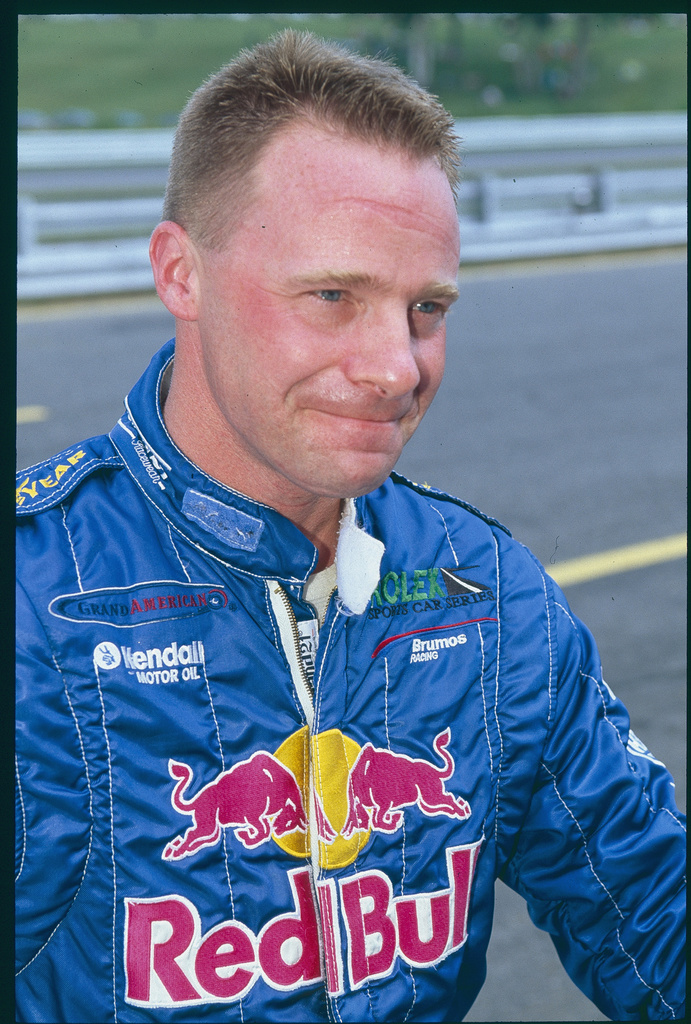 Donohue was quick to say that this great victory – a win that occurred 40 years to the day after his father Mark’s win – was a team effort. Donohue explained, “Because of shoulder surgery, Darren Law (one of his team mates) had to do the bulk of the testing.” He made it clear that the race is just the tip of the iceberg – preparation, testing and teamwork are what won the race for Brumos. He said, “You don’t get a lot of track time really [at Daytona during race week].” The reason is simple, “Porsche says that the life of the motor is 28 hours.” You since this is an endurance race, you don’t want to put any more miles on the equipment than is necessary. He said, “Preparation starts months ahead so when you roll up for the race, you HAVE to be on the mark.” 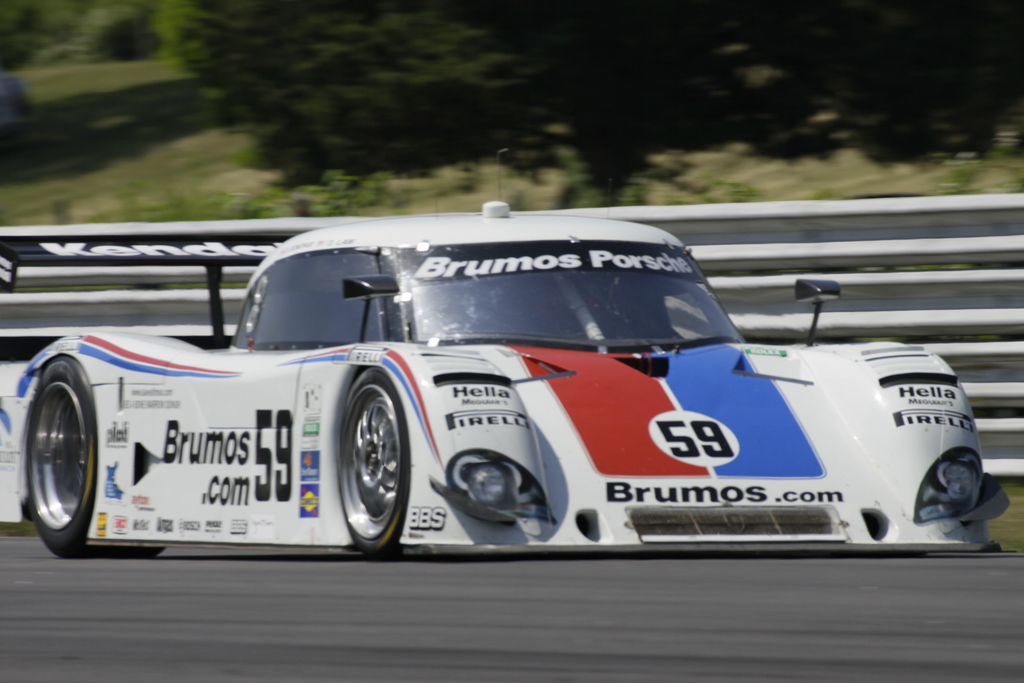 Testing days are strictly regulated by the Rolex Sports Car sanctioning group and further controlled by the availability of the series’ spec tires. “We test for Daytona in November, December and do final testing in January,” he said. “We did 3,800 miles of testing at Daytona.” And, while he didn’t use these words, you could tell that testing and preparation were his team’s “unfair advantage.” He joked, “There was some wimpering from [Chip] Ganassi, but they didn’t even show up [at some of the test dates]. Then he added, “We took every opportunity [to test] and it showed in the race.”

The preparation was so good; they rolled off the truck and barely had to change anything. “The car was absolutely spot on,” he bragged. “We only made one top-gear change.” And the results? “We put the car on the pole right out of the box!”

If you watched the race on Speed, you heard the commentators touting “Porsche power” as the reason for their ability to take and hold the lead and their eventual victory. Not true, says Donohue. “There is no replacement for displacement.” Since the other teams have bigger motors with similar horse power, their cars have greater torque; so the power of the motor wasn’t their secret weapon. “There is nothing like torque,” he lamented. “I raced a Viper so I know the benefits of torque in a race car.”

One of their secrets was that the car was “trimmed out” meaning it had a low down force configuration making it less easy to drive in the infield sections but much slipperier aerodynamically on the banking. This configuration was learned as a benefit of all of that testing.

But even with great preparation, stuff happens. One of Donohue’s 3 co-drivers, Antonio Garcia, had an incident exiting the pits and the shunt and the time to fix it cost the team nearly 3 laps. But Donohue said, “the crew never gave up and when we got the car back on the track, we wrung the engine by its neck!’ They set the fuel map to full rich and he said, “We beat the heck out of the engine from 11:45 until the end of the race!” But here is where having really reliable “Porsche Power” really counted. “At the end of the race, the engine had seen better days,” he joked. “It had lost oil, lost water but it kept going!” 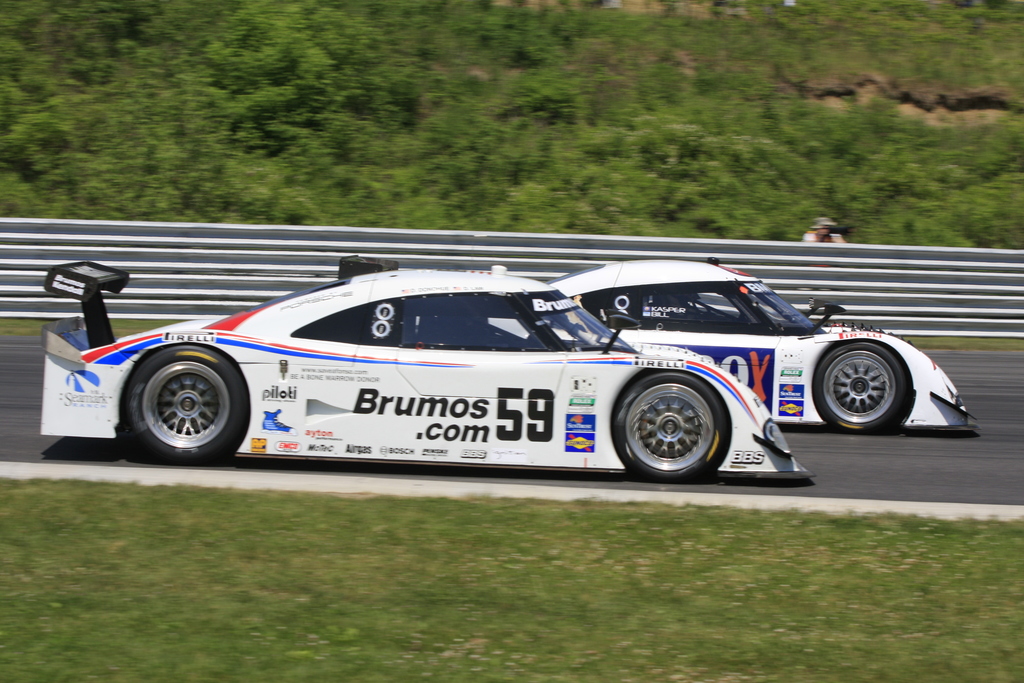 So Donohue, Darren Law, Antonio Garcia and Buddy Rice teamed up for a monumental win for Brumos, Porsche and car 58. But Donohue was quick to praise his crew. “These guys have a crappy job,” he said. “We get treated like fine athletes; they have a 32 hour day with no rest.” Plus he praised his co-drivers. “I wasn’t supposed to drive the final hour but it just worked out that way,” he confided. The team was so strong that the “green lap average” times for all 4 drivers were within 3 tenths of a second. Plus, he added, “The 59 car came in third, just 8 seconds behind the 58 [race winning car].”

Donohue went on to take questions from the floor for another 45 minutes about racing, Jay Leno, the value of PCA DE, how much he enjoyed Auto-Cross and he even gave a hint about how good the new Porsche Panamera is.

This was a rare opportunity to hear a true insider share insider secrets about one of the greatest wins for Porsche at the Daytona 24 Hours and now you have the facts as well. Enjoy! 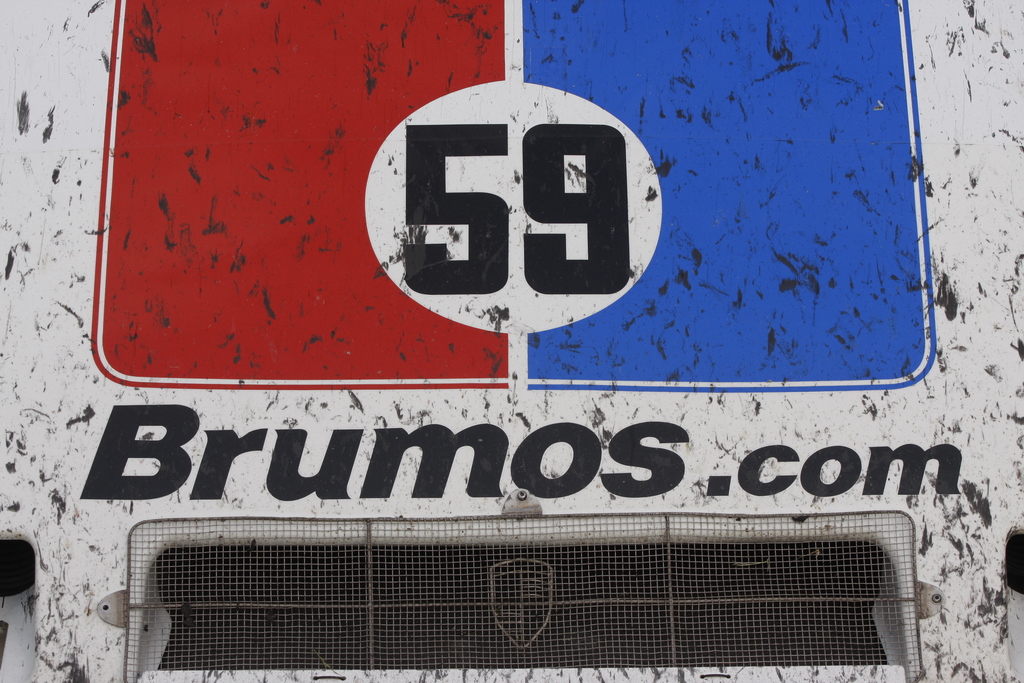