Aston Martin which was first to reach 198 mph at Le Mans sells for A MASSIVE £16.7 million 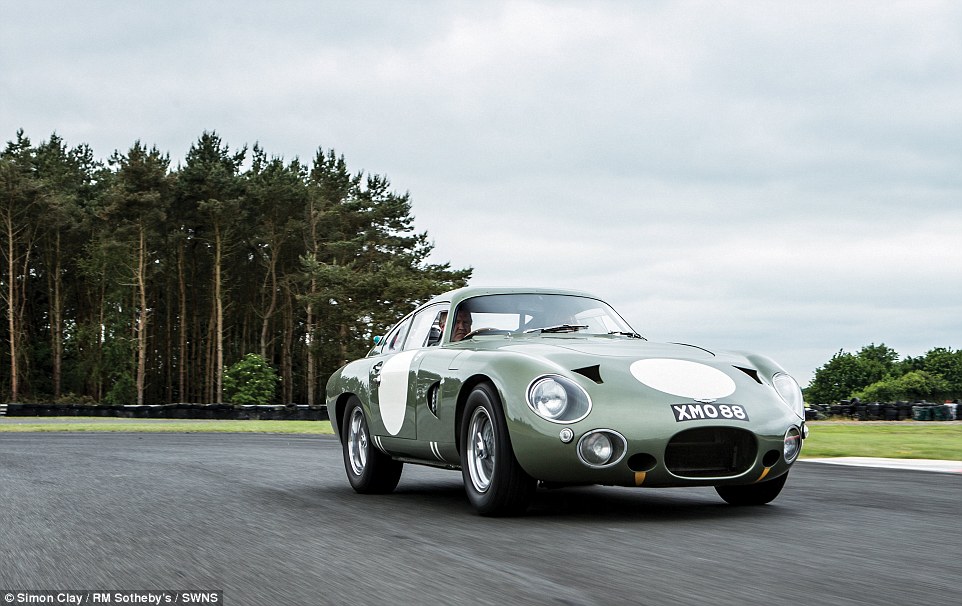 Aston Martin which was first to reach 198mph at Le Mans sells for A MASSIVE £16.7million

By MIRANDA ALDERSLEY FOR MAILONLINE

A one of a kind Aston Martin has become one of the most expensive British cars ever after it sold at auction for a staggering £16.7m in Monterey, California, on Friday night.

This was the fastest speed ever recorded by a front engine car on the old course at Le Mans.

Scroll down for video 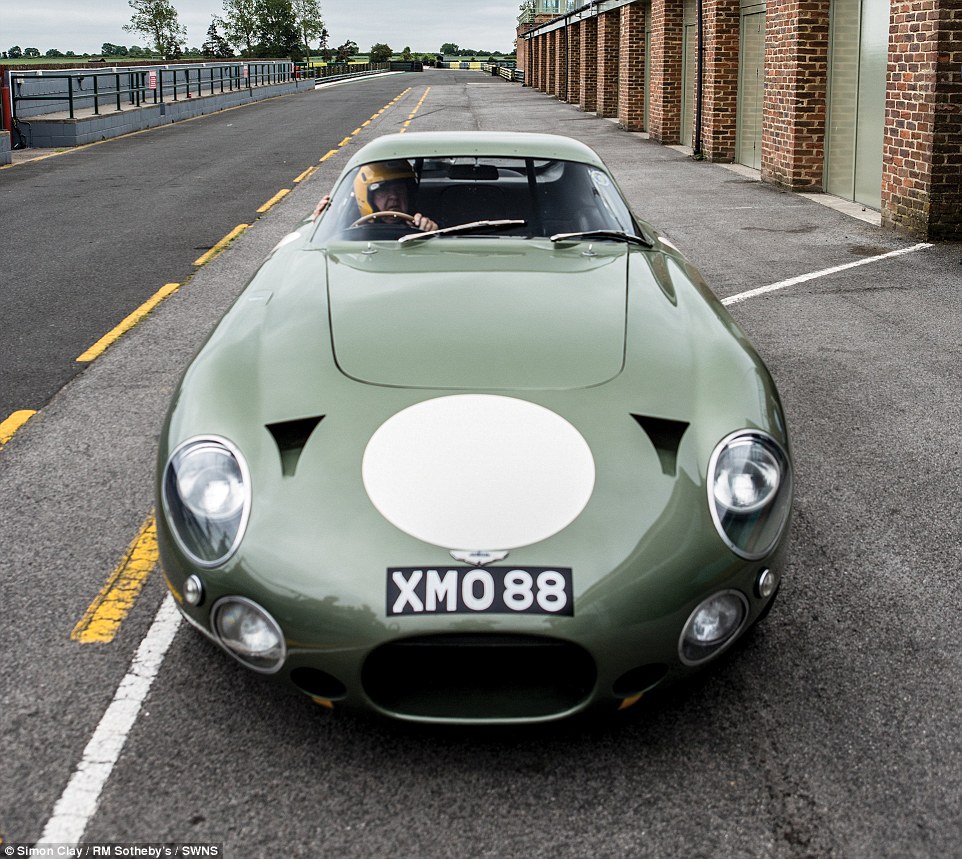 RM Sotheby's sold the car at auction in Monterey, California for £16.7million - only a million of the auction record for an Aston Martin

However, although the Aston, in the hands of Phil Hull and Lucien Bianchi, was 12 seconds a lap quicker than the Ferrari 250 GTO, it was forced to retire during the 1963 race after just 29 laps due to gearbox issues.

After shutting down its racing department, Aston Martin sold the team cars but kept DP215 for development in the hopes of an eventual return to racing in 1965.

But these hopes were shattered when DP215 was in an accident during night testing on the M1 motorway. The car has been painstakingly restored to its former glory by Neil and Nigel Corner, British racing drivers and collectors. The father and son bought the car in 2002 and have driven it across Italy, France and Scotland 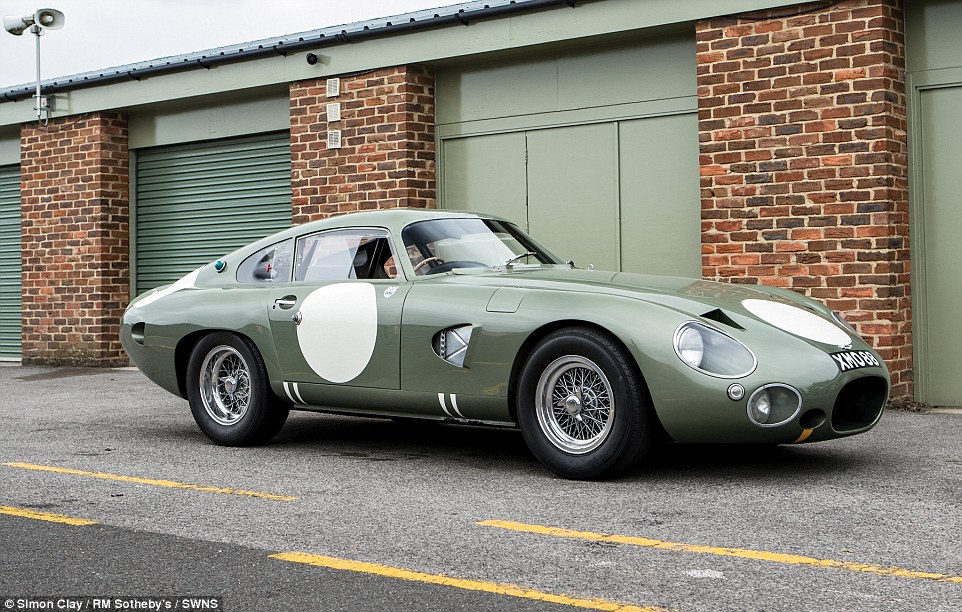 Neil and Nigel Corner, British racing drivers and collectors, bought the car in 2002 and restored it.

They even reunited the Aston with its original engine which had been removed decades ago.

The father and son have driven it to Italy and the South of France, through the centre of Paris and 'over every road' in Scotland.

Following a tense ten-minute bidding battle, it ended up selling for a massive £16.7m. which is just £1 million off the auction record for an Aston Martin.

There were four people attempting to buy the car, with two 'determined' collectors eventually battling it out, drawing gasps from a packed saleroom as the bids increased.

When the hammer eventually went down, spectators applauded the deal - with the car sold to a private collector. 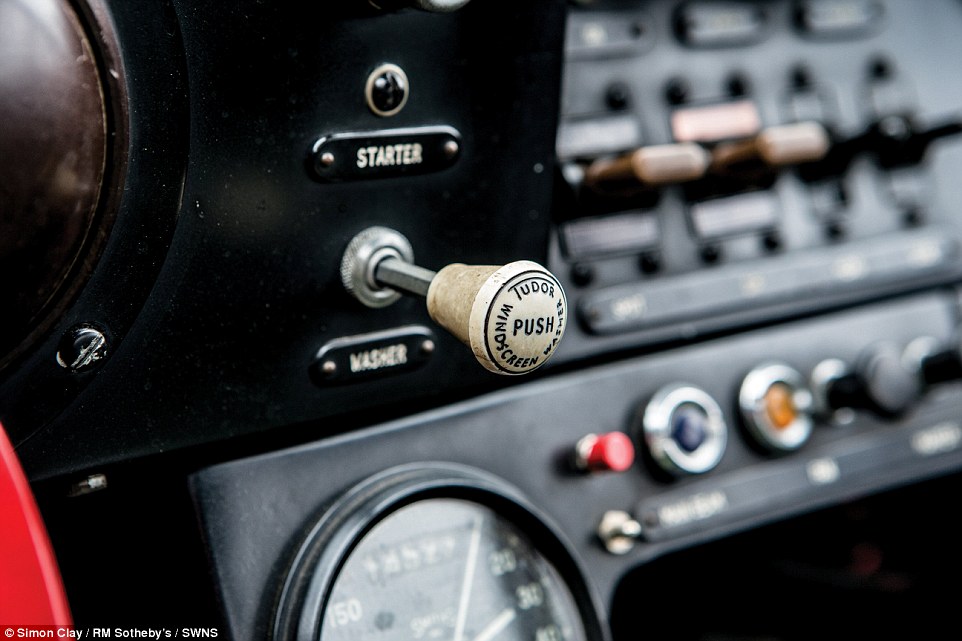 The model was approved by David Brown in March 1963, and created in just two months before Le man that year in June. It was the last racing car built by the factory in the Brown era 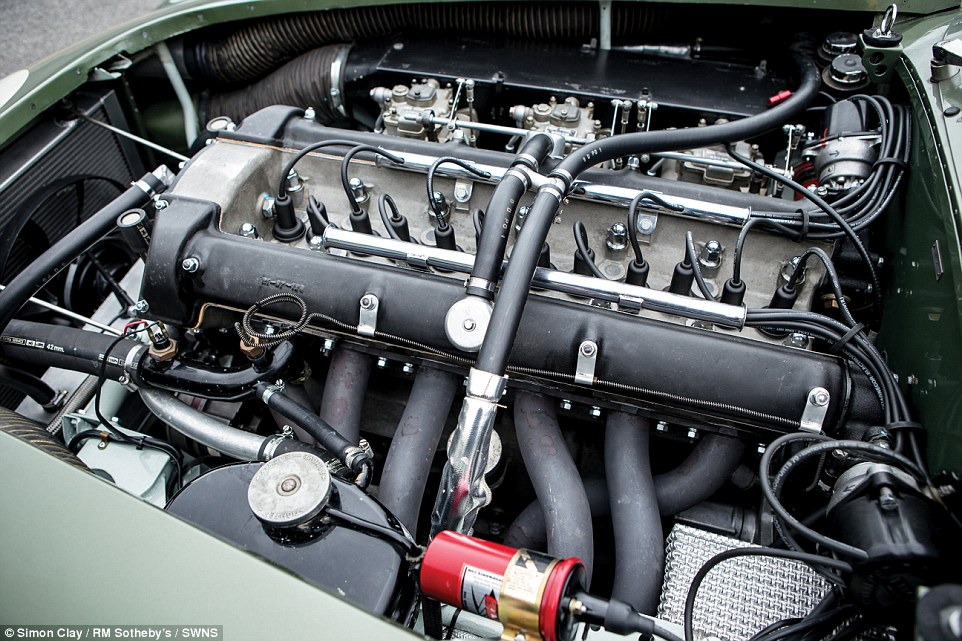 Father and son Neil and Nigel Corner, who restored the Aston, have reunited it with its original engine - which had been separated decades ago 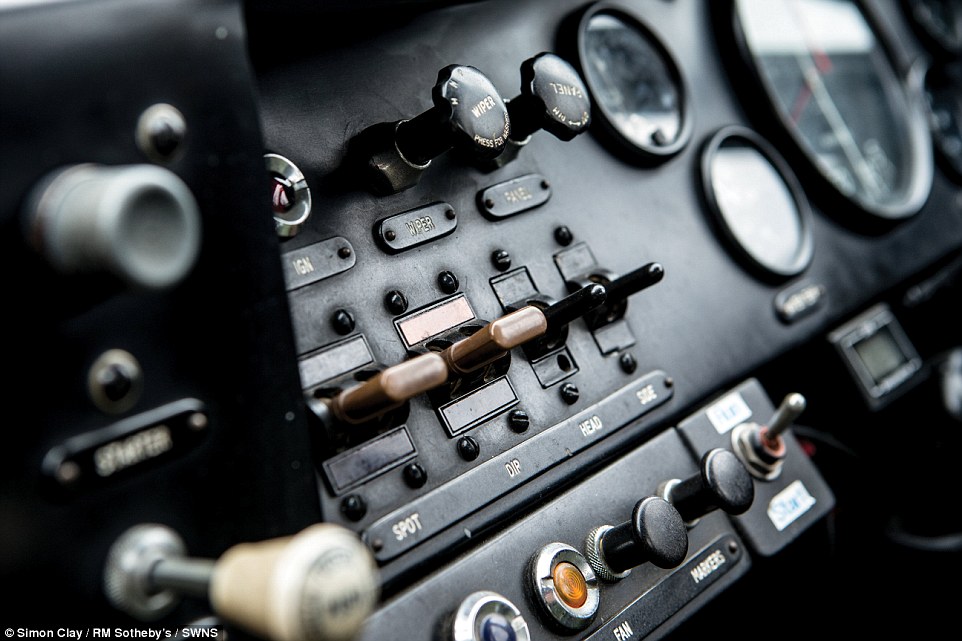 The DP215 was the last of four unique ‘Development Project’ cars custom made especially for the Le Mans 24-hours race. It is often thought of as Aston Martin's most significant race car ever 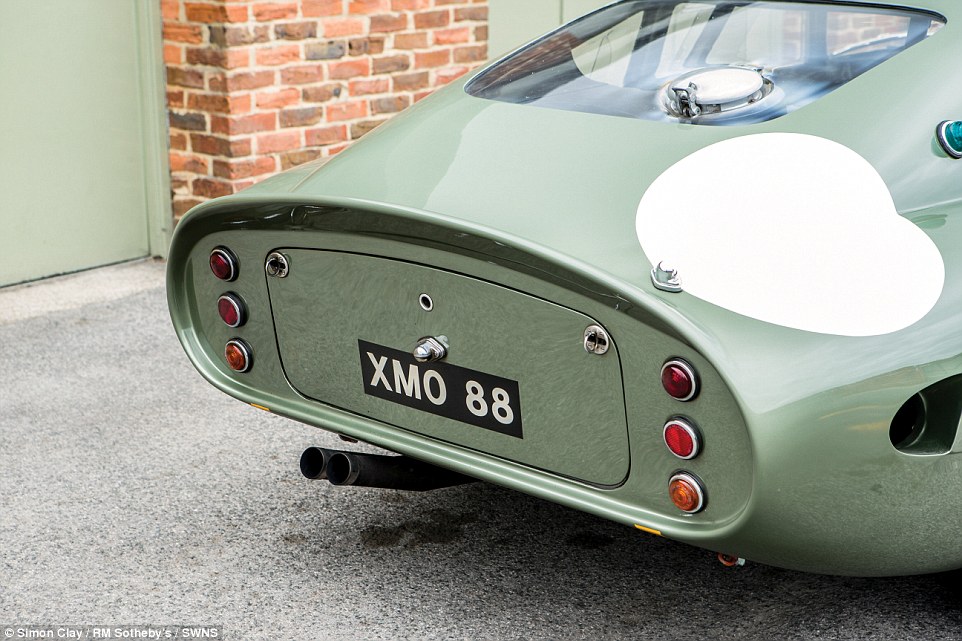 After shutting down its racing department, Aston Martin sold the team cars but kept DP215, hoping it would one day return to racing. This idea was shattered, however, when the car was involved in an accident during night-testing on the M1 The car was expected to fetch between £15-£18.8m when it went under the hammer, but nobody anticipated such a tense sell, with four people attempting to buy the car. 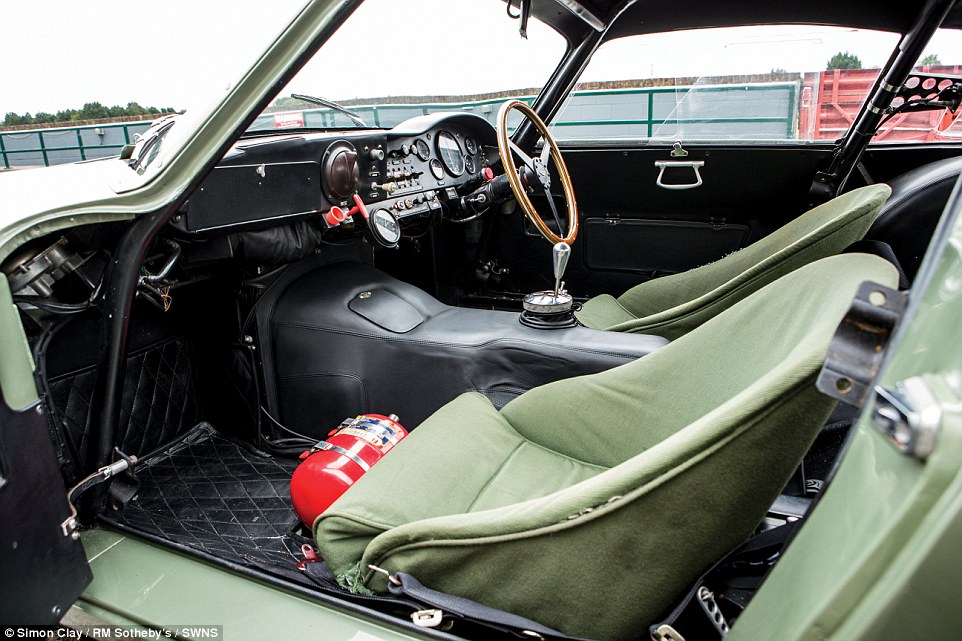 'I hope that DP215's next custodian drives and enjoys the car as much as I have': previous owner Neil Corner, who restored the car, had driven it all over Europe and said its performance was 'unbelievable' 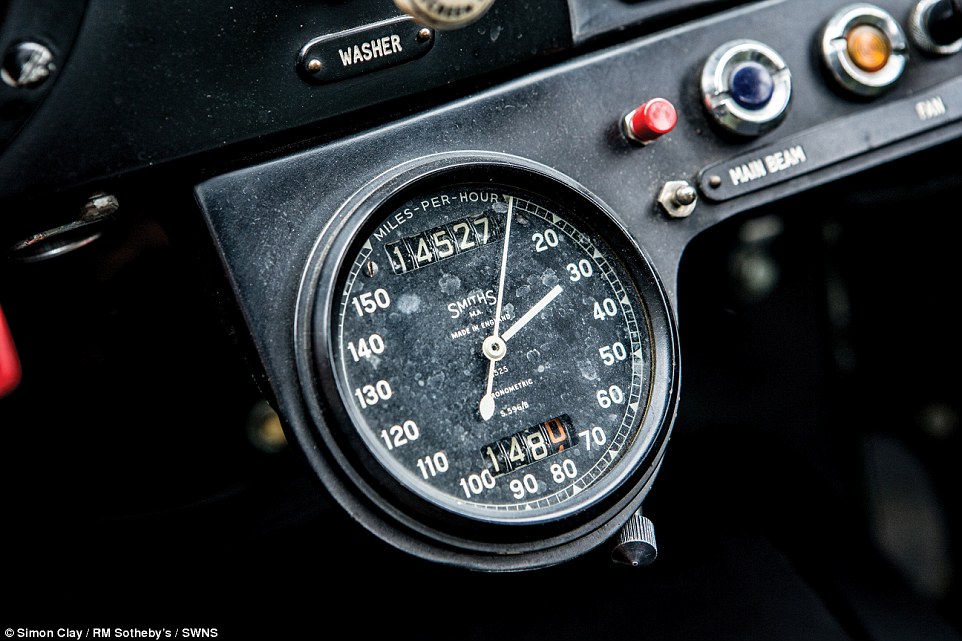 Audience members 'gasped' as the last two determined collectors battled it out in front of a packed saleroom in Monterey, California

RM Sotheby's, which conducted the auction, called the Aston as 'stunningly beautiful' and described it is as comfortable at 40mph as it is at 180mph-plus.

Alain Squindo, chief operating officer, RM Sotheby's Group, said: 'The DP cars are completely one-off competition projects and are essentially on their own level when it comes to Aston Martin racing royalty.

'DP215 is the pinnacle of the Works team's racing development, and the new owner will acquire a car that is not only extraordinarily special but also more capable of running at the front of the pack than virtually any other racing car on the market.'

Prior to the sale, Neil Corner said: 'The lines of the car are absolute perfection. You can see where its outstanding maximum speed came from.

'I've driven DP215 everywhere, from rush hour traffic in the busy streets of Paris to full speed on some of the world's greatest circuits, and I can attest that its performance is unbelievable on road or track.

'I hope that DP215's next custodian drives and enjoys the car as much as I have.' 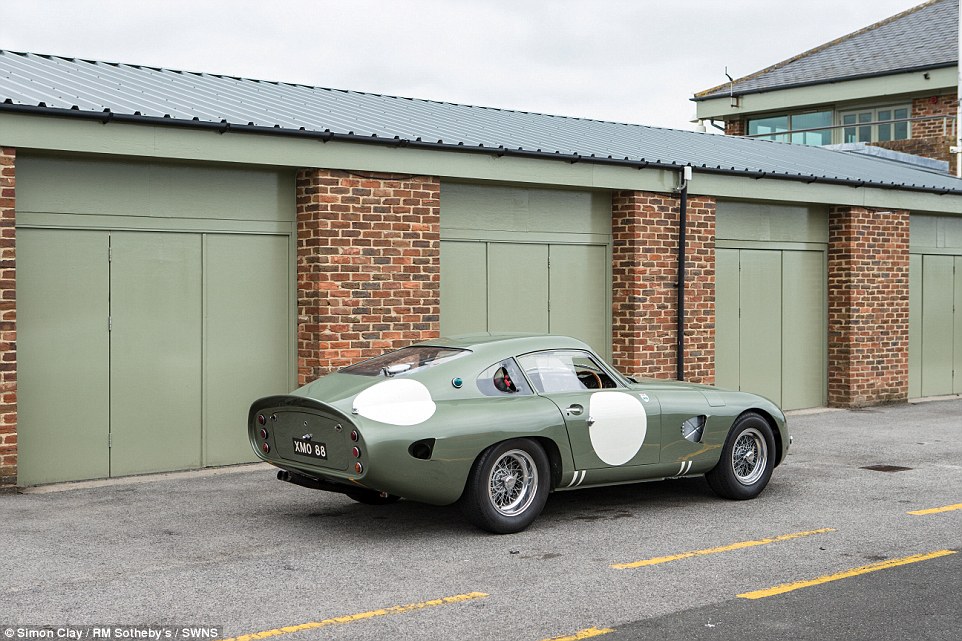 After the sale of the DP215, RM Sotheby's auction house announced that it will partner with Aston Martin to hold a single-marque sale during Monterey Car Week next year, 50 years after the British manufacturer first won at Le Mans 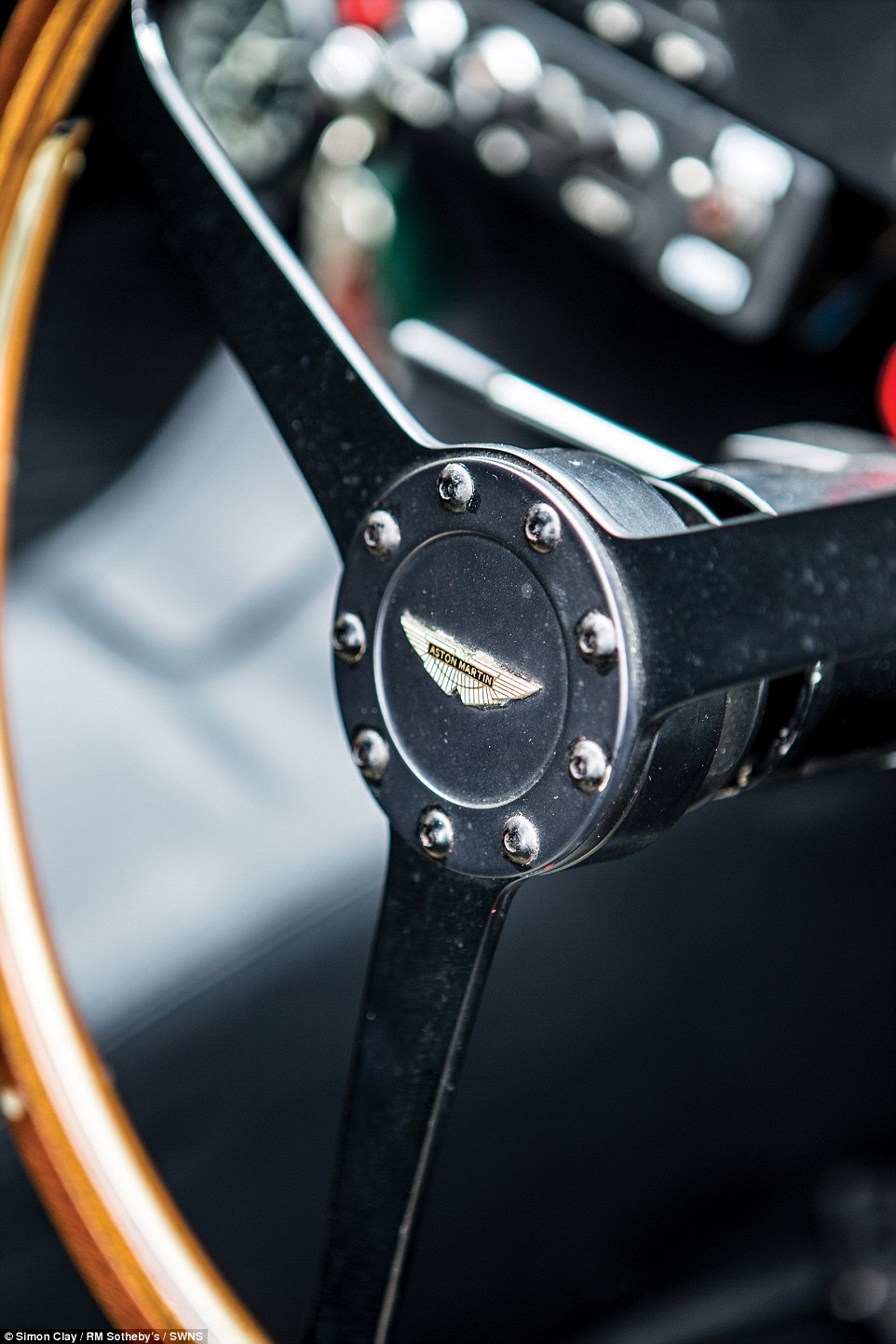 'Absolute perfection': Spectators applauded when the hammer finally went down as the beautiful car was claimed by the highest bidder - a private collector