A Death Forgotten
Originally posted in Veloce Today - May 5th, 2009

NOTE: Since this article originally appeared in Veloce Today, the Helle Nice Foundation has received permission to place a marker on the grave of Helle Nice. There will also be a memorial service at that time. I am burdened by raising the funds to get the marker made and placed by October 31st, 2009, if possible. I am also looking for someone to coordinate a vintage and classic car rally from Paris to the little… Continue

Just posted this on my blog about the stunning Jaguar Speedster by Eagle E Types:

Has to be the most beautiful thing I've seen in years. Created for an American customer over a four year period, stunning bespoke bodywork, 4.7 litre engine, lovely one-off windscreen. What's your thoughts?

needed: frame from a 64-65 Chevelle convertible or el camino

Anyone have a good source for such a frame? I want to use it as the platform for chevelle road race car.

The link below goes to a blog I have been using to bring some local car-guy/gal events to light. Nice e-z read with some pictures.
The link didn't work in another instance, but copy and paste will bo the trick!
Thanks!
-Alan-
http://www.autoappraisalnetwork.com/blog/

People seek to upgrade their vehicles with stylish elements every now and then to be distinguished on the road. Whether you own a new or old vehicle and want to give a makeover to it, a High Intensity Discharge or HID Kit will definitely help your cause. You can enjoy a number of benefits by installing this kit on your vehicle. Before that, just have a look on the definition of HID.

High Intensity Discharge (HID) lighting produces light from a plasma discharge, instead of a filament.… Continue

A somewhat pioneering technology in lighting has arrived at the scene in the form of Xenon HID lights that have given traditional Halogen lights a run for their money. Xenon lights are better in every aspect than Halogens. They are more cost and energy-efficient and last even ten times longer. Five times more light is also generated by Xenon HID lights. If the popularity of Xenon bulbs continues like this, you’ll soon find Halogen bulbs missing from automobile headlights.

If you’re bored with the poor lighting conditions of your motorbike, car or SUV and want to render it a facelift, a HID Kit is definitely what you must look for. A HID Kit consisting of xenon bulbs, digital waterproof and dustproof ballast, and ballast holders is quite long-lasting with high quality bulbs and powerful ignitor. Switching the HID lights on or off won’t consume the energy of your battery. Their high intensity discharge covers a wider area to provide you a safe and smooth driving… Continue

Majority of car manufacturers have started to realize the popularity of Xenon HID lights and incorporated them as a standard equipment in their high level cars. You’ll also have the option of installing these HID headlights on your mid-range cars. These products are also sold separately by a large number of offline and online stores. Owners of older cars are very curious to know about this lighting option and its viability as a source of illumination for their cars.

You have to watch this 3 minute film if you are a true vintage racing fan! Great stuff! 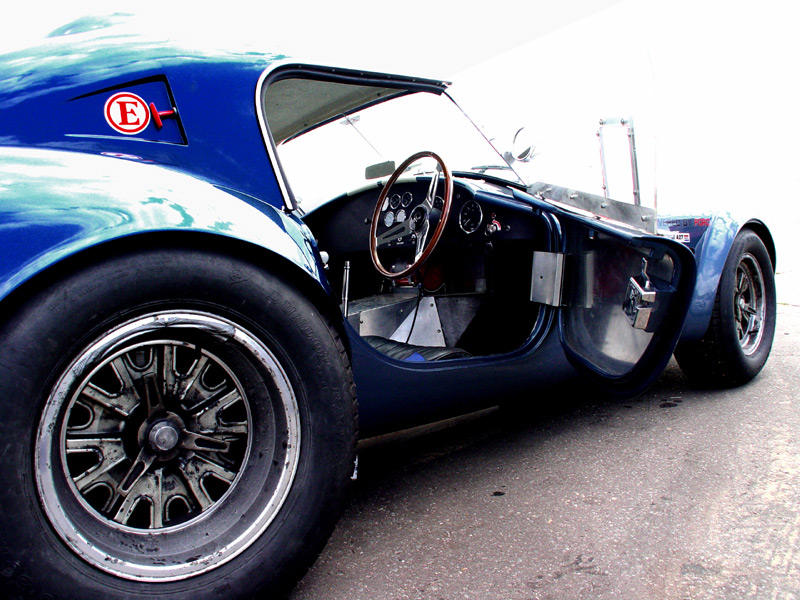 Once again we are offering a small number of Limited Edition Prints at a 50% discount (that's right: fifty percent!!!) in order to raise money to pre-finance upcoming film & DVD productions.

These specific prints are all actual exhibition pieces from previous art shows and therefore unique. The regular prices range from $390.- - $410.-. You however can now support our… Continue

I have set up a new group, taurusshoowners, aimed at both the 1989-99 SHO models as well as the re-introduced new 2010 Taurus SHO. All are welcomed. Let me know if you have any questions.

Henry Surtees, the son of former two and four wheel world champion , John died this evening from his injuries sustained whilst racing at Brands Hatch in the second Formula Two race. He was struck on the head by a wheel which had come off another competitors car after it hit the barrier. A very sad day for the Surtees family and British Motorsport.

It's a good day out west. My ticket package for the Monterey Historic Auto Races has arrived. Nothing better than planning a trip to the track. I hope all the west coast members get a chance to see these races. This year will be special with Porsche as the honored marque. Hope to see you there. I'll be the one with the Riverside Raceway Times Gran Prix sweatshirt. Say hi if you see me.

The Latest Fad: Build a Muscle Car that can handle!

Welcome to my blog post! Over the 4th of July weekend I had the pleasure of attending the Heartland Nationals Good Guys show in Des Moines. It was a huge show - cars (and people) were everywhere. I took my family along and we had a great time - especially watching muscle cars at the autocross! Without a doubt, the biggest trend happening in the industry today is getting our old cars to do things they originally hated to do - handle well!…

The Goodwood Festival of Speed is one of the most important car events of the year in the UK. Read more at 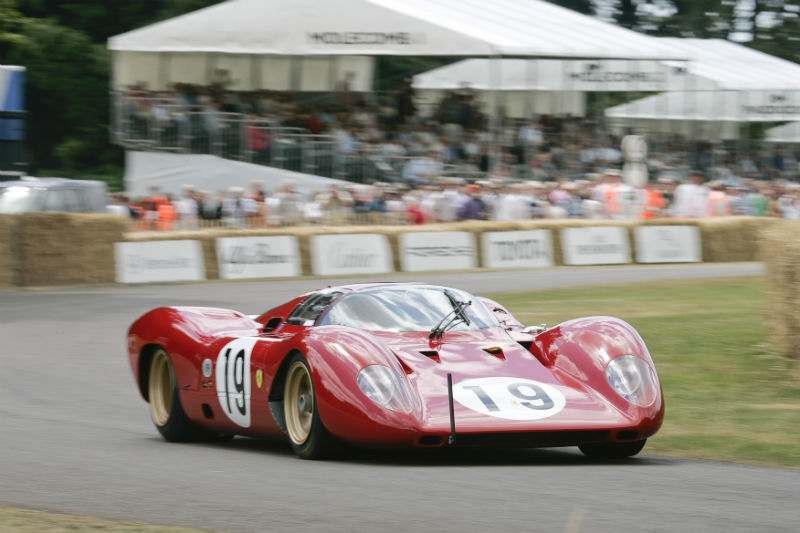 Once again, Lord March and his Festival of Speed organization have proven their ability to stage the best motorsports events on the planet.
Book now for the Goodwood Revival, www.goodwood.co.uk

Please find below photos of the event and a world class source of information about the event from Sports Car Digest:… Continue

After the great success of the first season of GT RACER (called CLASSIC RACERS in the US) shot in Portugal, Germany, England, the United States and Belgium we have now confirmed air dates for "Season II" of "GT Racer" with more incredible events, some of which happen only biannually:
Le Mans - Trailer: http://www.myvrl.com/video/gt-racer-season-ii-le-mans-the
Nordschleife - Trailer:… Continue