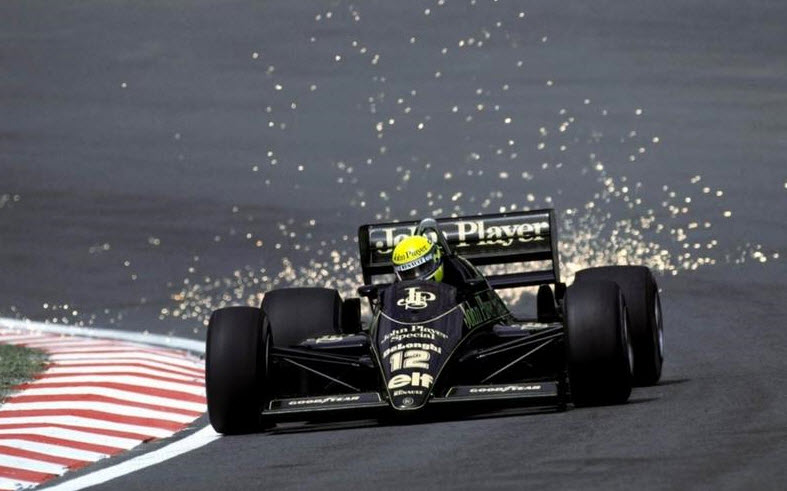 The triple world champion exploded onto the Formula 1 scene during his well documented test with Williams in 1983 and enchanted, shocked and inspired us over 161 races until his fatal crash during the San Marino Grand Prix in 1994.

“If I ever happen to have an accident that eventually costs me my life, I hope it is…

Does anyone rtemember Duffy Livingstone.

Hi All,
I just wanted to tell you about a brand new website I am running for classic cars.
This is a genuine link that I hope many of you may find interesting and useful.
Not only is the site a great place to buy and sell classic cars, but it is a great place to meet and stay in touch with other classic car enthusiasts from around the world.
We also have a comprehensive encyclopedia, with…
Continue

I'm looking for the driver of car #3 in the attached photo. Thanks, The Monthly Classic Car ENews from Classicmobilia. This is issue number 7 for the Classic Car owner and future owner, help and advice, with restoration projects and lots more

Click on the link to go to the CLARK GABLE ARTICLE. If you own a vintage Jag please join THE JAGUAR SOCIAL NETWORK.

SIGNIFICANT RACE CARS ACCEPTED FOR THE MANY thanks to my team at The 901 Shop for providing me with a super reliable rocketship, track support and great driver coaching.

THE MOST DECADENT MOTORING TOOL KIT EVER MADE

The First racing apparel designed specifically for vintage racing & rallies.
Also the first and only manufacturer to offer you the possibility to work directly with one of San Francisco Top Fashion Designer to create your own unique SFI approved racing apparel in the "custom-made" section.
www.acedrivinggear.com

Here are our three 1951 cars that we are going to test and compare in our amazing "go-back in time" time machine. Click on each photo to enlarge it. When you've finished admiring these beauties click on the back button each time to return to this post and then finally click on the TAKE TIME MACHINE TRIP link below. There are 5 pages of comparison data. Make sure you check out the prices. Enjoy the trip
NOTE: If you own a vintage Jaguar join the…
Continue

What the fun things you find in the closet. Boxes of old pins and ticket stubs,piles of posters. Also more to be sorted and photo'd. It is cool history and always special.

There is a lot of interest in this car and people are keen to build their own replications. Here we can help you. We now can fabricate the rear space frame off the car. If you are interested in a rear space frame let us know, front space frame will be available soon.

After six months of gathering technical information and data, plus two trips to Australia to look at a genuine examples,many thanks to Gerry Duyvestyn and Nick Watson. We…

Here's a link to one of my videos that are being featured over at Mecannix TV. This is the NLG bike that won the first motorcycle race at the Brooklands Track in 1908 : http://www.mecanix-tv.com/cars/british-cars/nlg-brooklands.html

curious day at the track

Last weekend I attended a race at TWS. I arrived with some concern. As a result of my previous blogs One of which found it's way to print. I had heard from others that some folks in the club were unhappy with my blogs. When I arrived I found a number of friends who were very supportive of what I had posted. I did find a few who would not talk to or look at me.
While I was standing around a sprite I once owned, a guy who is a sprite racer and builder from way back looked closely at the… Continue