Illustrating the depth of the top-end sales at the recent RM Auctions event at the glamorous Arizona Biltmore in Phoenix,…

Results for the 2012 Barrett-Jackson Auction in Scottsdale, AZ

Barrett-Jackson held its 41st annual Arizona auction at WestWorld of Scottsdale on January 15-22, 2012, resulting in more than $92 million in sales.

When noted collector Ron Pratte consigned his Tucker #1043 at this past weekend’s Barrett-Jackson auction in Scottsdale, there was speculation that it could achieve a new world record for the famed make. Tucked within the auction company’s 5000 Series, or best-of-the-best, the…

Vic Elford And The Vacuum Cleaner

Among the many legends of motor racing there stands two men, working on opposite sides of the Atlantic ocean, who brought innovation to the race track time and again.  In Europe, that man was Colin Chapman.  His work with the Lotus Grand…

RM Auctions held its 2012 Automobiles of Arizona sale on January 19-20 at the Arizona Biltmore Resort in Phoenix, resulting in $25.5 million in sales and an 89% sell-through rate.

Gooding & Company Achieves Great Success at its Scottsdale Auctions with an
Outstanding 98% Sold and $39.8 Million in Sales

the first car arrive in the US was the serie T212 in 1971. it is east to trace the history for the first 2-4 years until the cars was not competitive any more on the international race and turn to the SCCA regional championship.

A lot of seconf hanbd car T210 and T212 was imported in the 75-85 for that purpose , until the historic race started to reopen…

RM Auctions returns to the Ritz-Carlton Hotel in Amelia Island, Florida on March 10, 2012 for its annual Amelia Island…

The big Scottsdale auction week is finally here, now with six companies set to to drop the hammer on literally thousands of collector cars in a mere handful of days. In typical fashion, Barrett-Jackson was the first to usher cars through the stage lights, and it’s here where we’ve been alerted to the probable sale of this…

Innovative organiser of the Coppa Intereuropa Jason Wright will shake up the Monza meeting this year with a four-hour race echoing the famous Monza 1000kms of the ‘60s and ‘70s. The Monza 1000 km race was for many years the highlight of the Italian season, often eclipsing in popularity the Italian GP. The same cars will be eligible now that were eligible then.
Essentially an extension of the 1000km series for pre-1972 prototypes, this will be one of the rounds counting towards the…

It’s a wrap. India’s Tata, ostensibly the savior of Jaguar, has been sniffing around Saab a little, but that’s a faint hope at best for the brand. By Friday, it’ll be too late by far for their physical heritage, as Swedish bankruptcy administrator…

GRAND-AM Sports Car Series for the first time at the Indianapolis Motor Speedway.

On Friday, July 27, 2012, Indianapolis 500 fans will see the GRAND-AM Sports Car Series for the first time at the Indianapolis Motor Speedway.

The Rolex Sports Car Series is the top circuit sanctioned by GRAND-AM, whose drivers and teams will practice, qualify and race all on the same day on the 2.534-mile IMS road course. Many of the teams and drivers of the famed Indianapolis 500 compete in this series during their offseason, or at other stages in their careers. Those drivers… 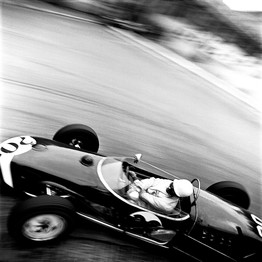 The VW Story - What a Long Strange Trip

At the Berlin Auto Show in February 1939, Adolph Hitler delivered a speech decrying the increasing number of car accidents on the streets of Germany. For a man planning annihilation and world-wide domination, traffic safety would seem an odd preoccupation, but such was the Führer's…

When Mercedes-Benz rolled out its new-for-2013 SL at the North American International Auto Show on Monday, it would’ve been really cool to show off the very first SL ever produced, in order to…

It’s not everyday that one comes across a vintage race car in the back of a garage or shop, but veteran F5000 driver Eric Haga has managed just that by finding and procuring six vintage Lola F5000 tubs, as well as several other key parts to go along with the monocoques.

Eric is no stranger to…