PLEASE NOTE: VRL MESSAGES DO NOT REACH ME.  IT'S A DEFUNCT EMAIL ADDRESS THEY GO TO AND NING IS CORRECTING THIS. Please contact me at bernardtmartin@pvgp.org

Outside of his professional business experience Mr. Martin is "Managing Directorre" of the Italian Car Show, "The Cortile", at the Pittsburgh Vintage Grand Prix. Mr. Martin developed the Cortile concept and has garnered international attention within the target demographic of this group.

Mr. Martin is "Social Media Marketing Chairperson" at the Pittsburgh Vintage Grand Prix. He was instrumental in not only the strategic vision but all aspects of the tactical implementation of the Pittsburgh Vintage Grand Prix's Social networking marketing program. From the creation of the Twitter feeds, Facebook page, YouTube Channel andFlikr sites as well as a special working relationship with SpeedTV in the beta rollout of their new website.

The Pittsburgh Vintage Grand Prix Association is a 501 (c) (3) non-profit organization with a mission to hold a world-class vintage automotive event for charity. Since 1983 this volunteer-driven event has raised over $2.5 million for the Autism Society of Pittsburgh & Allegheny Valley School. 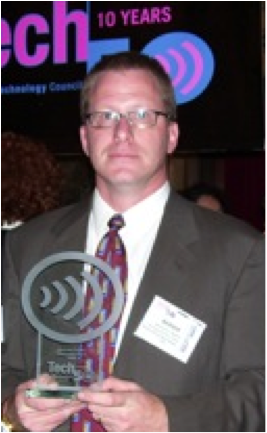 Mr. Martin was the VP of Sales & Marketing for Toolex and managed every aspect of their workholding product rollout. He later moved to Northern California and worked for Western Tool & Supply, one of the largest, privately held, cutting tool distributors in North America. In 2000, Mr. Martin started his own "rep" agency and quickly became the #1 sales agency and/or the #1 growth agency in the country for many of his principals. Mr. Martin's agency was twice nominated as a Finalist in the Pittsburgh Technology Councils "Tech 50" awards.

In late 2009, Mr. Martin became President of Highlander Tool, an industrial distributor based in Johnstown, PA. Starting from scratch he negotiated with over 180 manufacturers to develop a unique product offering. He also developed a custom database to manage the company as well as all identity pieces such as the Logo, line card, website, Twitter, YouTube, Facebook and Production Tool Catalog. Mr. Martin was invited to be one of five distributors in North America as a member of the Widia Distributor Advisory Council. Highlander Tool is a member of ISA and IBC networks.

Mr. Martin is also past President of Ambridge PAGE which works with the local school district to develop programming for Gifted Education Students.

What clubs do you belong to?
The Cortile at the Pittsburgh Vintage Grand Prix Beginning this year, Pittsburgh Vintage Grand Prix will reassume the sanctioning responsibilities for its own…

There is so much to cover when it comes to the Pittsburgh Vintage Grand Prix. Here is a quick list of facts about our one-of-a-kind event: Porsche Honored as Marque – Each year the PVGP selects a marque, or car manufacturer to honor.… Continue

Roger said…
Hi Bernard,
Sorry to be so late in responding to your offer. It's taken me a while to figure out how the site works, and I'm also very busy doing my Allard J2X MkII business. Look forward to hearing from you.