Circuit of The Americas 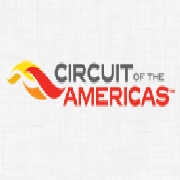 Circuit of The Americas is a new world-class motorsports and entertainment venue in Texas, located nine miles from Austin-Bergstrom International Airport and less than 15 miles from downtown Austin.

Circuit of The Americas is more than a track – it is designed to be the only purpose-built facility in the U.S. to host the FORMULA 1 UNITED STATES GRAND PRIX™ through 2021 and V8 SUPERCARS from 2013-2018. It will be the only FIA-certified Grade 1 track in the United States, and one of only 26 Grade 1-certified motorsports facilities in the world. The circuit currently holds exclusive rights in the United States to host a V8 SUPERCARS event.

The venue is expected to draw hundreds of thousands of fans from all over the world and be seen by approximately 30 million television viewers across the globe for the FORMULA 1 UNITED STATES GRAND PRIX™ while also hosting dozens of high-profile motorsports, entertainment and business events each year. CoTA will also serve as a leader in sustainability as it relates to major event venues and motorsports, through high-performance operations, design, research, education and partnerships.

CoTA-hosted events are projected to generate an annual economic impact of $400 million to $500 million, equating to $4 billion to $5 billion over 10 years for Texas. The CoTA-hosted FORMULA 1 UNITED STATES GRAND PRIX™ will attract as many as 300,000 people each Grand Prix weekend, with an estimated 80 percent of attendees coming from outside Texas. 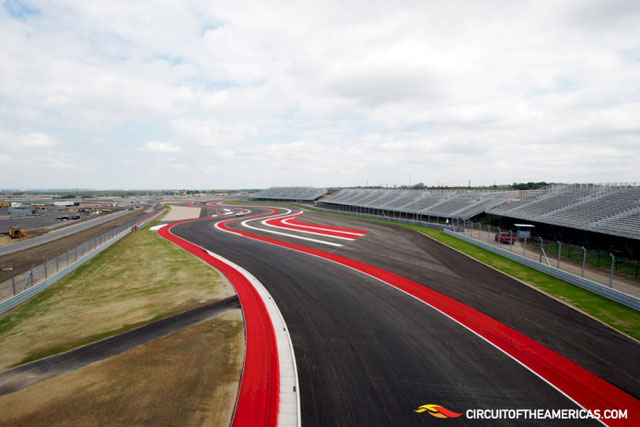 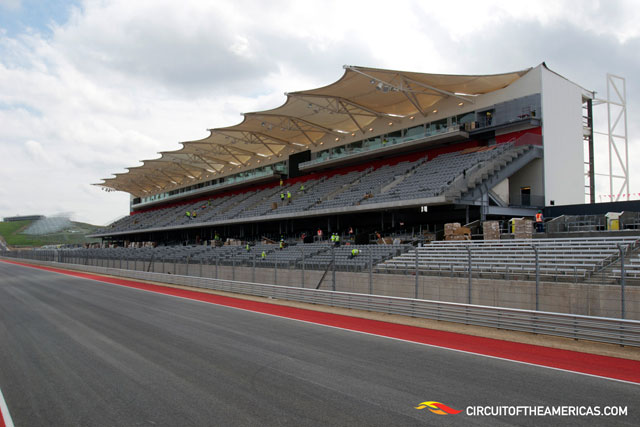 Circuit of the Americas

COTA served up a world class experience for the 2012 F1 event and the best F1 race of the year !Follow the links above to book your tickets to the 2013 F1 and other 2013 COTA events.Please invite your friends to join the COTA Group on the VRL.Stephen PageCEO - The VRLContinue

You need to be a member of Circuit of The Americas to add comments!

Comment by Mike Short on November 15, 2012 at 1:35pm
I will be there tomorrow and will try to get some photos. My son is in aerospace engineering at UT and saw Mark Webber running around the athletics track yesterday (with an Olympian can't remember name). No crowd there just my son who knew about it because of a tweet. I am really looking forward to the weekend!
Mike.

This sure beats Texas World Speedway, don't get me wrong, TWS has been a good track, but this!!!!!!!

I hope some of you will be able to go to the "Austin Fan Fest" they'll have going on in the downtown area of Austin during the race weekend. It will be a fun event, lots of F1 racing related activities, including our (Trinity Racing Concepts) vintage GP simulator, the Lotus 49 which you will be able to run on the on the COTA track. I am really excited to have this simulator at this event, so we have the historic side of F1 represented among all the modern F1. We'll be part of the Ebay Motors display, and they'll be giving away iPads to the quickest L49 times of the day. Videos can be seen here http://www.youtube.com/watch?v=WYfhJ0xT3Po  and  http://www.youtube.com/watch?v=8BCocIl1ILs&feature=relmfu  - But much better in person!

The Glen was built for club racing.  First Pro race was NASCAR, didn't have a formula race until 1958 and it wasn't F1.  COTA is actually the only track purpose built solely for F1.  What else they ever run will be, "In addition to."

F1 is back in the US. 2 North America races for sure, hopefully 3. Can't wait.

A minor itch to scratch:  COTA has been promoting that their circuit is the first "purpose built F1 circuit in the US" (I note that they have now added some qualifiers).  I recall that Watkins Glen started hosting racing through the streets of the village.  They then moved the races to a "purpose built" race circuit not too far from the village.  They hosted F1 racing there for about 20 years (+/-).

Lucky you are in Austin!!!

Please post your original photos from the 1984 Dallas F1 race here on the VRL.

I'll feature the best in our Photo section.

Comment by Mike Short on October 12, 2012 at 9:46am
I am also in Austin and yes I am also looking forward to the vintage F1 support race. I hope this track sees a lot of vintage racing - I have a feeling it will!

Comment by Jack Ulstad on October 12, 2012 at 8:35am
The Historic Grand Prix Group has indeed already been announced as one of the support groups. I'm now in Austin, having left California few months ago, and love the idea of having a first-class race facility so close to home.