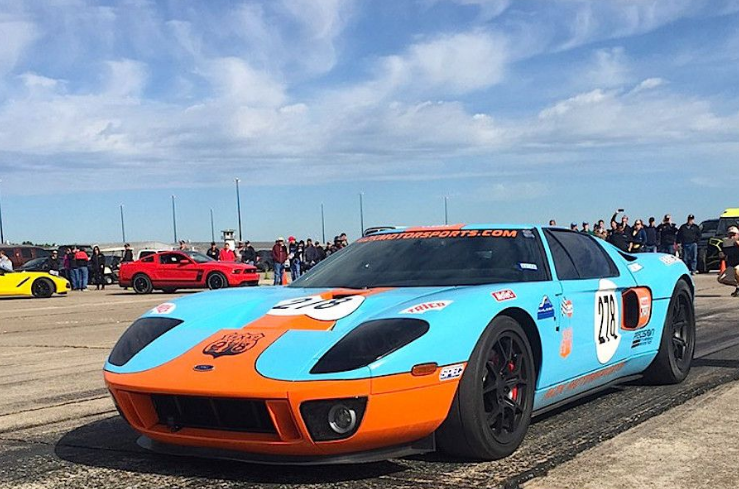 Think you know what real speed feels like? Well, unless you’re the driver of the Ford GT that just broke the standing mile world record — or a fighter jet pilot — you probably haven’t experienced truly mind-bending velocity yet.

The Texas Mile is a biannual event where anyone is allowed to bring any car (and a helmet) to see just how fast he or she can go over a mile of runway. Over the years, tuned vehicles with thousands of horsepower have blasted down the straight, reaching speeds over 200 miles per hour.

More: These Are The 25 Fastest Cars In The World

In 2013, M2K Motorsports turned up in a 2006 Ford GT that developed 2,000hp. That vehicle set an astounding top speed of 278.2 mph – faster than any production car’s overall top speed. M2K evidently wasn’t satisfied, though. They’ve returned to the “Mile” this year with a retuned version of the same car. What started as a stock GT with a 5.4-liter supercharged V8 and 550hp has Frankensteined into a top speed dynamo with far more than 2,000hp. All that power makes for one insane sprint.

After a tame launch, the GT is doing 161.7 mph by the end of the first quarter mile. For reference, even legitimately fast cars like, say, the Dodge Challenger SRT Hellcat, are only doing 120 to 130 mph in a quarter mile. Through the half mile, M2K’s Ford GT hits 219.5 mph. The brand-new Ford GT can’t go that fast, period. By the time it has covered a mile of earth, the tuned GT is doing 293.6 mph.

M2K Motorsports takes home the standing mile record for now, but you can be sure someone is hungry for that 300 mph marker. The new Ford GT may even serve as the platform for a record-breaking car. Its aerodynamic body and twin-turbo V6 engine combine for a top speed of 216 mph; additional power could push that figure into warp speeds.