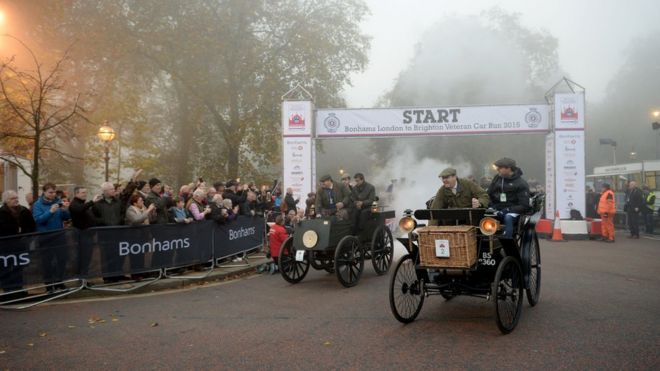 More than 400 veteran cars set off in thick fog from Hyde Park to make their way to the coast in the annual London to Brighton Veteran Car Run.

The route crossed Westminster Bridge, through Croydon to Redhill in Surrey, and then onwards through Sussex towns including Crawley and Cuckfield.

All the vehicles taking part were manufactured before 1905.

Organisers said this year's run had an American theme with a celebration of US car marques. 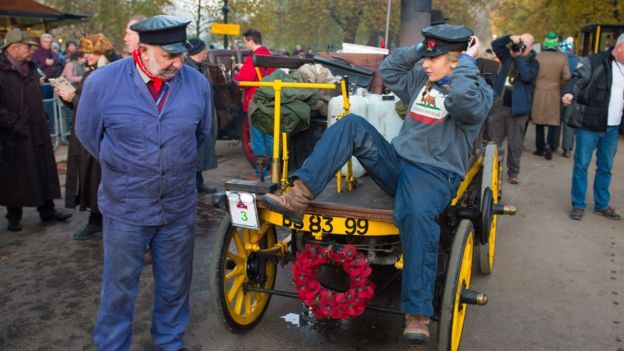 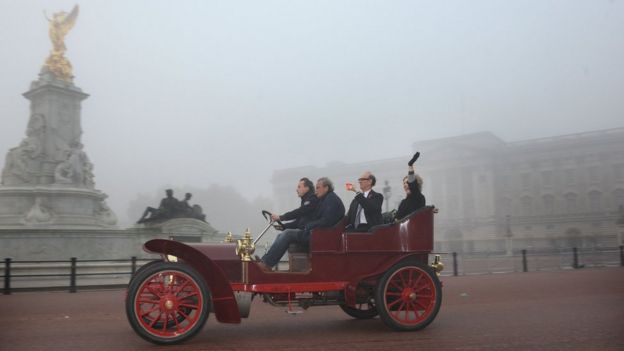 
Names included Cadillac, Ford and Oldsmobile, alongside less well-known names such as Pope, Waverley and Northern.

From Europe, Renault and Vauxhall had entered cars from their heritage fleets. 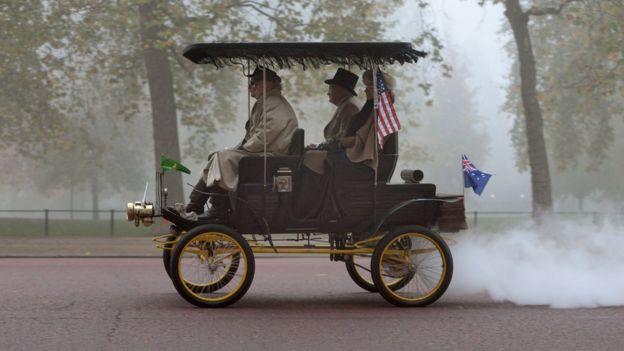 copyright PA
This year's run had an American theme, although this party were also flying Australian flags 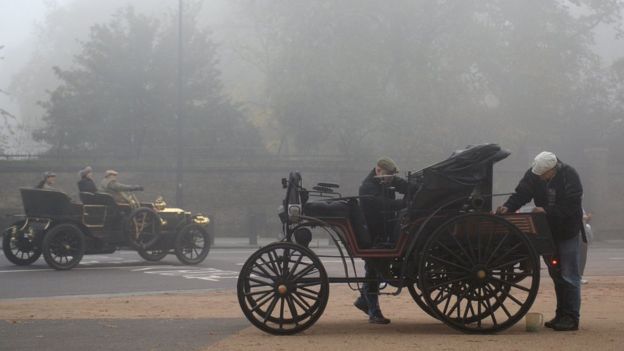 copyrightPA
With such old vehicles involved, there are inevitable mechanical problem along the way


Sussex car enthusiast Henry Lawson from Henfield, whose family were taking two cars this year, said the run showed the development of motoring over a period of 10 to 15 years.

"None of them are younger than 1904, but you'll see the development where the later ones are actually starting to be fairly consistently four wheels, a steering wheel and so on.

"But in the early cars you've just got these crazy things where the passenger is out in the front facing forwards or facing backwards and all sorts of things where people were actually just trying to come up with the right answer." 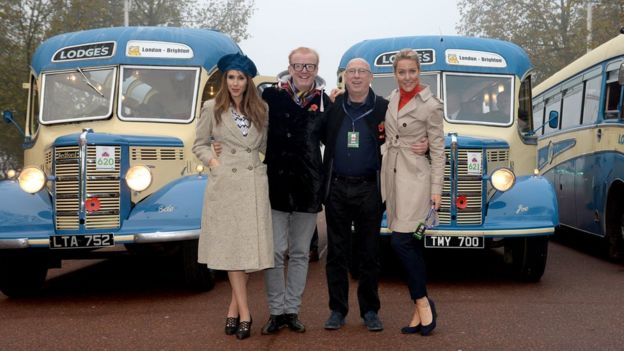 Chairman Ben Cussons said the oldest car on this year's run was the 1888 Truchetet, and one of the rarest was the 1901 Isotta Fraschini.

He said the event was a glorious celebration of the motor car and tribute to pioneering "automobilists". 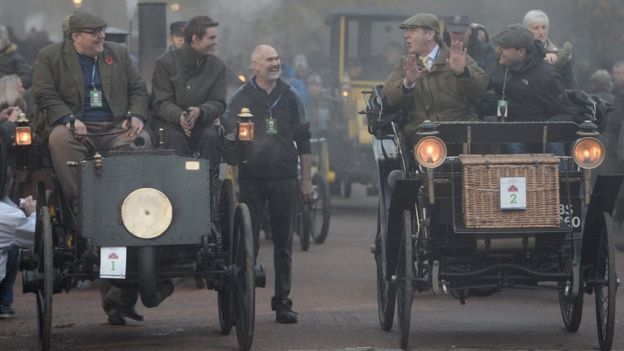 
Cars arrived in Brighton throughout the day with the first ones reaching the seaside, where the skies were clear by the coast, at about 10:00 GMT.

TV presenter Chris Evans, who joined Ken Bruce and Alex Jones on vintage buses filled with bidders who raised funds for the BBC's Children in Need, said: "It was very smooth and brilliantly well-marshalled.

"We had lovely coffee stops on the way, a great coffee stop in Crawley, croissants and coffee courtesy of Harrods. Who doesn't want to be at that on a Sunday morning?" 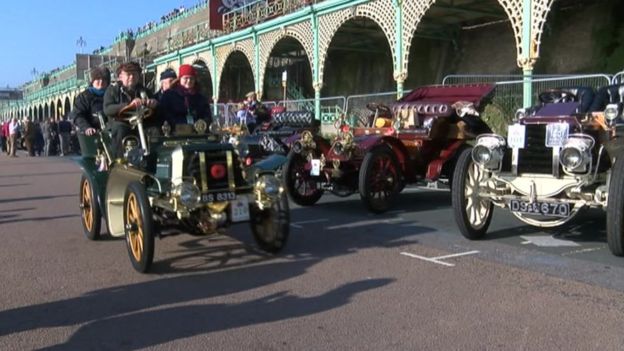 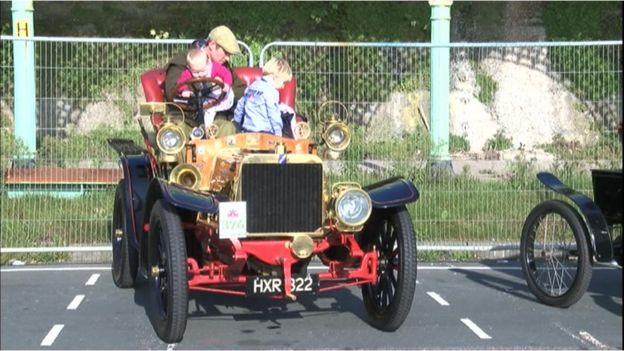 They left in fog but arrived to find sunny, blue skies 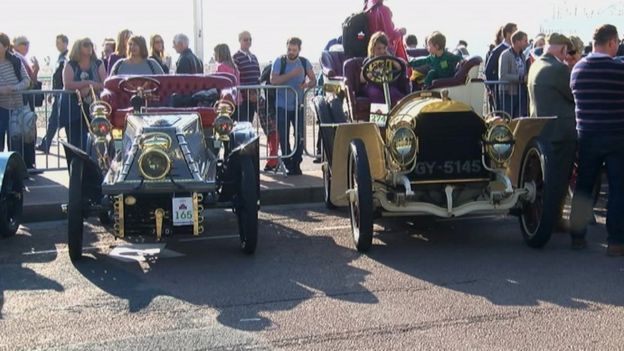