The ten ugliest cars of all time

By Daniel Bukszpan | CNBC – 18 hours ago


Revolutionary concepts sometimes go over people's heads. The legendary 20th Century Fox studio chief Darryl F. Zanuck said in 1946 that television "won't be able to hold on to any market it captures." And Decca Records rejected the then-unknown Beatles in 1962, saying, "We don't like their sound, and guitar music is on the way out."

Though history vindicated those concepts, such examples are the exception rather than the rule. That's especially true with new car designs, where the line between "trailblazing innovation" and "hideous eyesore" is both exceedingly fine and frequently crossed.

With that in mind, CNBC.com presents 10 ugly cars whose designers would have been better off if they had they been shamed back to the drafting table. They were selected by Karl Brauer, CEO and editor-in-chief of TotalCarScore.com, an online review aggregator for autos currently on the market.

"Each one of these models made it through a design process, focus groups and executive review before seeing the light of dealer showrooms," Brauer said in an email, adding that the manufacturers often paid the ultimate price for producing them. "Not only did most of these models have a limited lifespan, but eight of the 10 brands that produced them are also dead and buried." 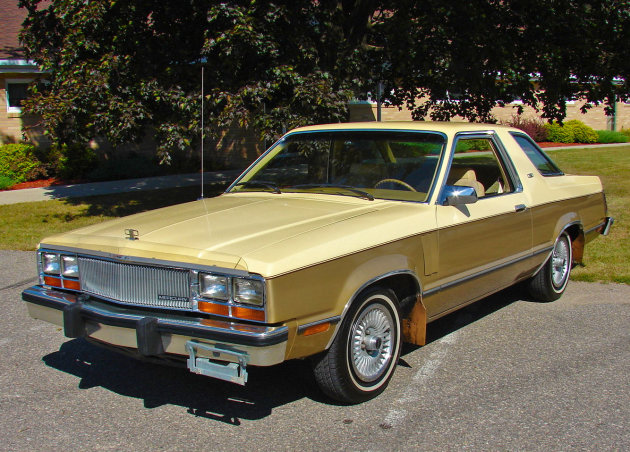 The word "zephyr" derives from Zephyrus, a character in Greek mythology who brought the soft summer breeze. In the real world, it was an ugly car that blighted U.S. freeways during four decades ago.

"The 1970s were a disappointing decade for U.S. cars in general, and the Mercury Zephyr is a perfect example why," Brauer said. "The bizarre roofline, upright grille and slanted taillights comprised a mishmash of bad styling cues."

The Edsel was the "Waterworld" of cars, a boondoggle so notorious that, to this day, its name is invoked to end pitch meetings. Named after Henry Ford's son, Ford Motor spent millions of dollars developing it, but consumers found it hideous.

The Corsair represented the second-highest trim level of the Edsel brand, but it didn't matter how Ford tried to dress it up. "It was poorly received from day one because of the brand's bizarre styling," Brauer said. "By 1961 the Edsel division was gone."

The Pontiac Trans Sport was a minivan that was well-received at the concept stage and approved for production. It didn't retain that styling, unfortunately, and what rolled off the assembly line was not pretty.
The Trans Sport was nicknamed "Dust Buster" because it resembled the handheld Black and Decker vacuum cleaner, according to Brauer. "General Motors' first minivan effort resulted in a visual train wreck," he said.

The Aston Martin brand recalls agent 007, and all the cool, sophistication and class we associate with him. But the British luxury-sports automaker's nonsensically shaped Lagonda proved nobody bats 1.000.

"One of the most expensive cars of the 1980s was also one of the most 'creatively' styled," Brauer said. "Its flat, squared-off body panels and lanky proportions were controversial when new. Now it just looks wrong."

The Marlin was a midsize fastback that AMC made from 1965 until 1968. Press reaction was mixed, but Bob Nixon, then chief of Jeep design for Chrysler, pulled no punches: He denounced it as an "ugly embarrassment."

Brauer viewed it as an example of bold risk-taking gone awry. "AMC was always the underdog American car manufacturer working to get noticed," he said. "It would sometimes use unorthodox styling exercises, like the Marlin, to get attention. But this wasn't the kind of attention AMC wanted."

"With atrocious proportions wrapped in plastic body cladding, the Aztek looked like a station wagon stretched out by a car bomb," Brauer said. His description may sound harsh, but he's not alone in his assessment.

In 2007, the Aztek was listed in Time magazine's "50 Worst Cars of All Time." Three years later, on the "50 Worst Inventions" list, it placed three spots behind asbestos. The automotive website Edmunds.com placed it at the top of its "100 Worst Cars of All Time" collection, in which they decried the Aztek's "utter hideousness" and called it "the only car on the list to kill an 84-year-old car company." 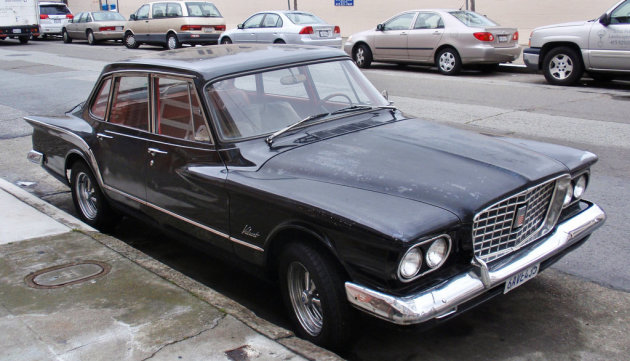 Unlike most cars on this list, the Plymouth Valiant was very successful throughout its production. "The Valiant was well-engineered and sold in large numbers between 1960 and 1976," Brauer said.

But an ugly car is an ugly car, and the Valiant was exactly that. "Its styling in the first few years was busy and lacked cohesion," he said. "Time has only emphasized the bad body-lines."

The Isuzu VehiCROSS, a compact SUV, fulfilled its mission from a performance standpoint. The styling was another matter, and some likened it to "a Tylenol capsule on wheels," Brauer said.

But many disagreed. The VehiCROSS appeared on the cover of the May 1999 issue of Motor Trend and won a place on its "Top 10 Sport Utilities" list for styling. But as Brauer pointed out, "the VehiCROSS was supposed to be an example of the future of SUV styling. It's 14 years later, and we haven't seen anything like it since."

Isuzu made the Axiom, a midsize SUV, from 2002 until 2005. Its chunky silhouette appearance was a fitting symbol of the company's decline in the U.S. market, according to Brauer.

"The car's upright rear-hatch, narrow headlights and overwrought grille were not an attractive combination," he said. "Isuzu was in its final days as a U.S. automotive brand when it introduced the Axiom in 2002." 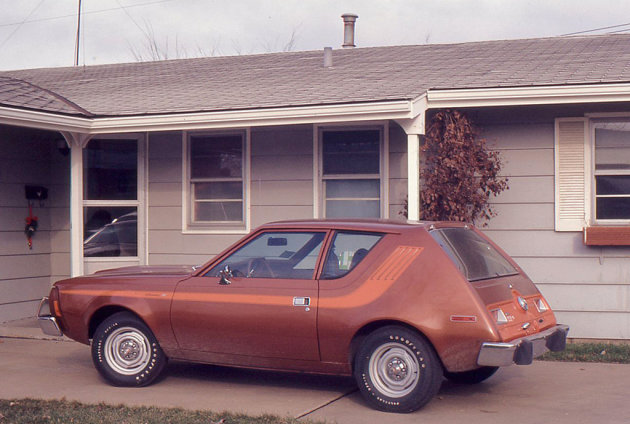 A two-door economy car meant to compete with fuel-efficient, foreign-made vehicles, AMC's Gremlin was "painful to look at."

The Gremlin sold well enough to remain in production for eight years. It compensated for what it lacked in beauty with smooth handling, a powerful engine and a strong body, according to the 2001 book "The Cars of American Motors: An Illustrated History," by Marc Cranswick.

Jeff Allen and Perry Barndt are gamblers—their game being classic and exotic cars. They travel the country looking to buy and sell them. Whether it's a rare Shelby Mustang or a vintage hot rod, the key is buy low and sell high, something that doesn't always happen.

Selling cars is a dangerous business, but perhaps there's no greater risk than negotiating with your own father. Tom Souter, Jeff's dad, runs a classic car dealership around the corner from Jeff's shop in Lubbock, Texas. They are not just regular trading partners; they are trading partners hell-bent on one-upmanship. Tom said doing a deal with his son is like being locked in a closet with a porcupine: "It's gonna hurt, but you know it won't kill you."