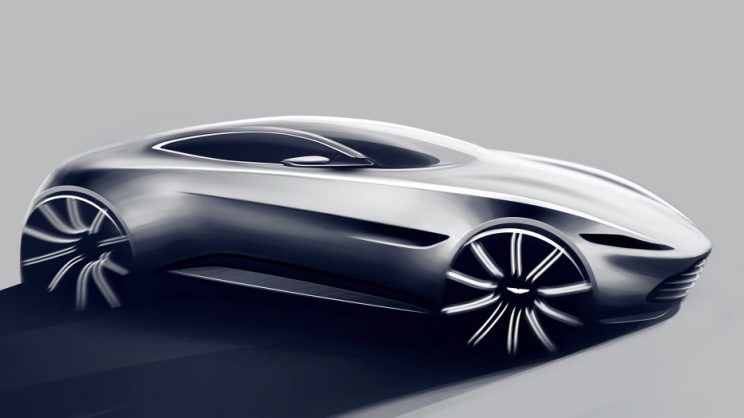 The last James Bond movie, “Spectre,” made more than $880 million globally, but the car he drove may be priceless. Across 24 films and 39 movies (or 22 and 14, respectively, for purists) 007 has driven a wide variety of vehicles. Still, he may be best known for a proclivity toward Aston Martins.

And so when pre-production began on “Spectre,” director Sam Mendes went to the chief creative director of the 103-year-old automaker, Marek Reichman. Yahoo Finance caught up with him at Monterey Car Week where he recounted his run-in with the Oscar-winning director.

Mendes “came into my design studio, met the design team. We were presenting a car that already existed to Sam as the next car for James Bond, and he loved it. But as he was walking out of the studio he saw a sketch on the wall and asked me what that was and I said, ‘that’s a car that doesn’t exist.’ So instantly he then said, ‘Great. So that’s the car we need to do for James Bond.’”

That was April of 2014. By September of that year Reichman and the Aston Martin team had taken that sketch and turned it into 10 real-life, running Aston Martins. Following the company’s existing naming convention they were called DB10s.

Just one of the 10 made is in the hands of a private owner. It went up for auction earlier this year and was expected to fetch between $1.4 million and $2.1 million. It sold for $3.5 million.