In the way that people always remember where they were when they heard: JFK had been assassinated, Princess Diana had been killed, 911 planes had been hijacked; I always recall Ford beating Ferrari in 1966. It took 3 years for FoMoCo to win the Indianapolis 500 and this was to be Fords 3rd attempt at winning the Le Mans 24hr.

This account, written in first person and set during the mid sixties, evokes emotions, beliefs and experiences from a time when the UK only had black and white TV, transmitted just a couple of minutes of the start and a couple of minutes at the finish. Between these fans were limited to a few radio broadcasts through the night. The author had bought every car magazine about the coming battle between the Ferraris and Fords. To this day he still owns 8 contemporary race reports both American and British. 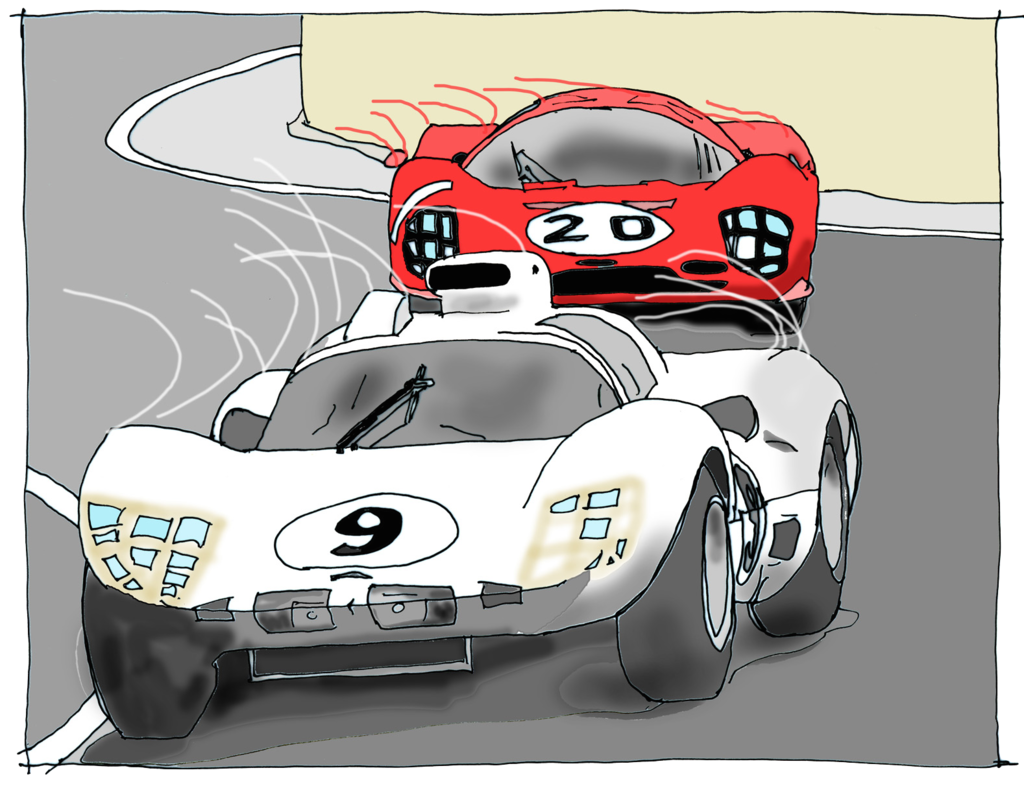 Everyone was transfixed by this race especially sports car fans who had followed the Chaparrals win during their first time out under the most difficult of circumstances and on the hardest of circuits.

Ford had a problem with finding enough top drivers for all their 7litre cars with 3 top drivers being injured in recent crashes but luck was running their way in more ways especially when John Surtees, Ferraris top driver, who had against all odds won the most recent Formula One race, was forced to quit SEFAC the Ferrari works team.

Ford ended up dominating the race to such an extent that they staged a ‘dead heat’ finish. What happened to all the Ferraris, the winners of every Le Mans 24 hour endurance race from 1960 to 1965 and what happened to the Chaparral is revealed in this book along with all about the development of the Ford GT’s since 1966 to present day, the circuit of Le Mans, the story of every Le Mans 24 hour race 1923 to 2015. Described is every 1966 car entered and the history of every sports car driver of 1966 up to 1966 as well as all the 1966 FIA Championship Races.

Here we are 50 years later and Ford are back to attempt to win the GTE category against who? - Ferrari of course.

Just like 50 years ago Ferrari are winning in Europe and have been for several years.

If you want to understand this influential race buy this book which has 500 pages of facts, stories, illustrations and a bit of opinion.

Please note every drawing, photograph has been made by the two authors.