If you competed continuously in Formula One and other racing series from 1968 to 1973, as did Jackie Stewart, you stood a two-in-three chance of dying, says the famous racer known as “The Flying Scot.” As such, Sir Jackie (he was knighted in 2001) made a point of making the sport safer after he retired in 1974.

“It was like a General Hospital, a serial death program. We lost far too many,” laments Stewart, now 77. “I happen to be one of the people who forced safety down the throats of track owners and car manufacturers.”

Despite being dyslexic, Stewart earned three World Drivers Championships during his F1 career — 1969, 1971 and 1973 – and, in 99 starts, won an amazing 27 races. After racing, Stewart went on to a lengthy broadcasting career, most notably at ABC’s Wide World Of Sports. In 2007, he released the autobiography, “Winning Is Not Enough,” to rave reviews. He has served as a brand ambassador for Rolex, the premium watch company, for nearly 50 years.

At Rolex’s Monterey Classic Car Week this month I had the pleasure of sitting down with the Scotsman, so famous for his high-pitched voice. Earlier in the week, I had driven a Superformance GT40 and Dinan-tuned BMW M2, attended the famous Quail event – even took a hot lap in a pace car at Laguna Seca Raceway. But chatting with Stewart was the high point of the trip. Following is Part 1 of edited excerpts from a fascinating conversation.

Testing the Superformance GT40 was a thrill for Jim Clash at Rolex’s
Monterey Classic Car Week in August 2016, but not as exciting as
interviewing Sir Jackie Stewart. (Photo: Jim Clash)

Jim Clash: When we did the walk-through at Quail yesterday, many people came up asking for your autograph. You were so gracious. How do you deal with that level of celebrity?

Sir Jackie Stewart: Well, it’s been going on for a few years now [laughs]. There are a lot of keen enthusiasts. In some cases, some people don’t give them the time. When people come up and ask for an autograph and you say no, you can see the embarrassment on their faces because everybody else is seeing them being turned down. I don’t think that’s a good thing. The same with photographs – it doesn’t take any length of time. Everybody is very kind and well-mannered. What I don’t understand is some of these so-called superstars who put the hand up to a photographer. If you do that and the guy gets your hand, you look like an idiot. So having spent a lot of time with what I call very famous people – Steve McQueen, Roman Polanski, Paul Newman, members of the royal family – you learn how to do it. Of course, it interrupts conversations from time to time. But I don’t think it does you any good to be antagonistic.

JC: Can we ever make Formula One as popular in the U.S. as it is in the rest of the world?

SJS: Sure – if you have two or three American drivers in it! But they have to come over to Europe. America is such a big country. But in Europe, we have a lot more racetracks [per capita]. If you don’t start karting by the age of about nine, you ain’t going to make it. In America I have to say, you’re slightly spoiled. Here you are in late summer and we have air conditioning and then heating in winter. If you’re an up-and-coming racing driver in Europe, you may not have either. You have to rough it. I’m only using this as an example. People have to leave America and all the privileges and qualities of life. When Ayrton Senna came over from Brazil, his mom and dad were very well off. But he had to rough it, sleeping in the back of a Ford transit van. I’m not suggesting that everyone is living the good life here. It just toughens you up over there because you get the best in the world of drivers all coming together, whether they’re Brazilians, Argentinians, Columbians, or from Finland, Denmark, Sweden and the rest of Europe. It was fantastic that Phil Hill won the World Championship as an American, and Dan Gurney, then Mario Andretti in 1978. But Mario was the last serious one. It would be fantastic for Formula One to have a top American driver and great for America, too. But you stay domestic – you’re such a big country and you’re very spoiled [laughs].

SJS: The greatest for me was Juan Manuel Fangio. One of the most important things I’ve ever done in my life is to carry him to his last resting place. But the greatest I ever raced against was Jim Clark. I learned 80% of what I needed to know to do what I’ve done from him. He was a fellow Scot – a great, gentle farmer. 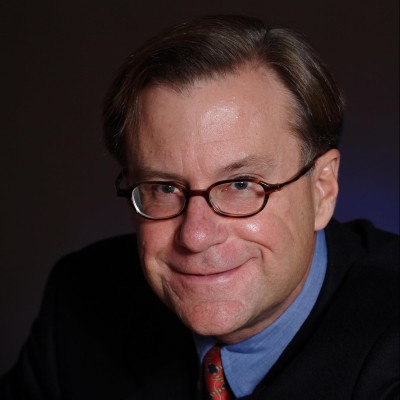 I write about culture and adventure sports.

Opinions expressed by Forbes Contributors are their own.

(Editor’s Note: For part one of this series, an interview at Rolex’s Pebble Beach Concours d’Elegance with car collector Jay Leno, click here. For part two of our interview with Sir Jackie Stewart, stay tuned to the Forbes Channel.)