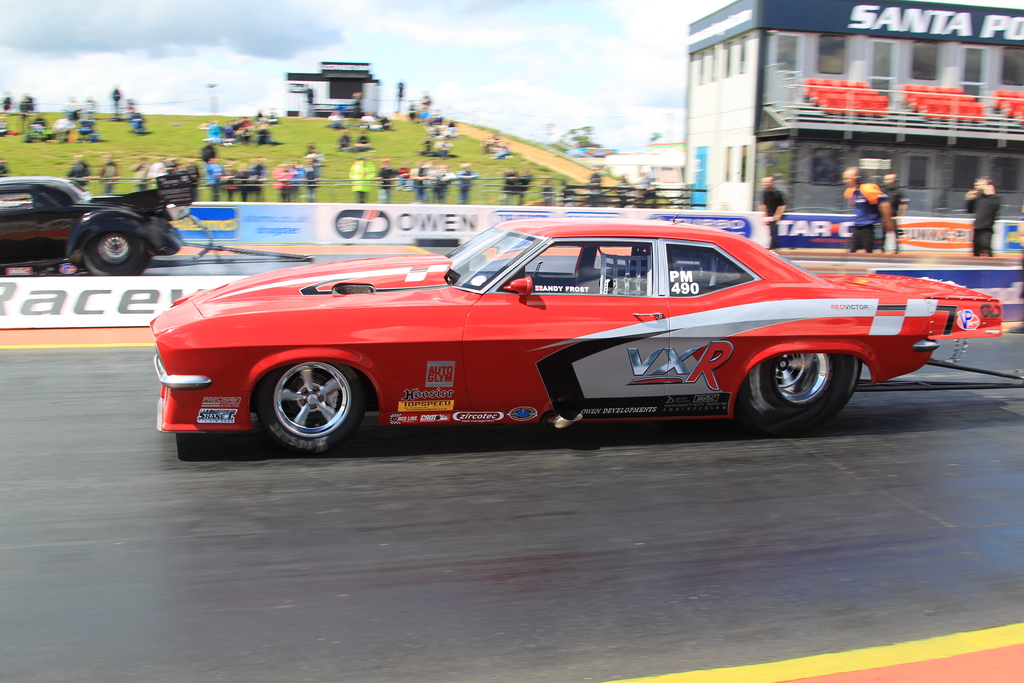 Andy Frost has owned Red Victor since 1982 and started drag racing in 1988. Red Victor started life originally as a Vauxhall Victor which Andy purchased for around £60. His aim was to turn the old 1972 Victor in to one of the fastest street legal cars, something he’s achieve as its now the fastest car in Europe. Over the past 30 years its estimated that getting Red Victor up to being the fastest street legal car, that it has cost Andy £100,00 and 1,600 man hours to create such an impressive monster of a car. This also includes the time and cost to add a twin turbo V8 under the bonnet.

Over the years there have been 3 versions of the car and Andy has won numerous races in a variety of classes. It has also allowed him to travel with the car to countries such as the USA, Canada and all over Europe.

Red Victor 2 broke several records and wins during its active life, and managed to reach speeds of 200 mph in the quarter mile and 0-153 mph in 4.8 seconds. Victor 2 achieved a number of records which included:

The latest version of Red Victor is regarded as the fastest street legal car in Europe and the World. With the ability to go from 0-60 in one second, yes that is one second...and will hit a speed of 220 mph within 6.5 seconds. Making this car extremely fast off the blocks...Packing 3000 hp 8.8 litre twin turbo charged GM V8 engine, means this is one beast of a car.

This year Andy and his team move to competing in the MSA Pro Modified Drag Series, they are predicting a top speed of 240 mph in the quarter mile, making it the world’s fastest street legal car.