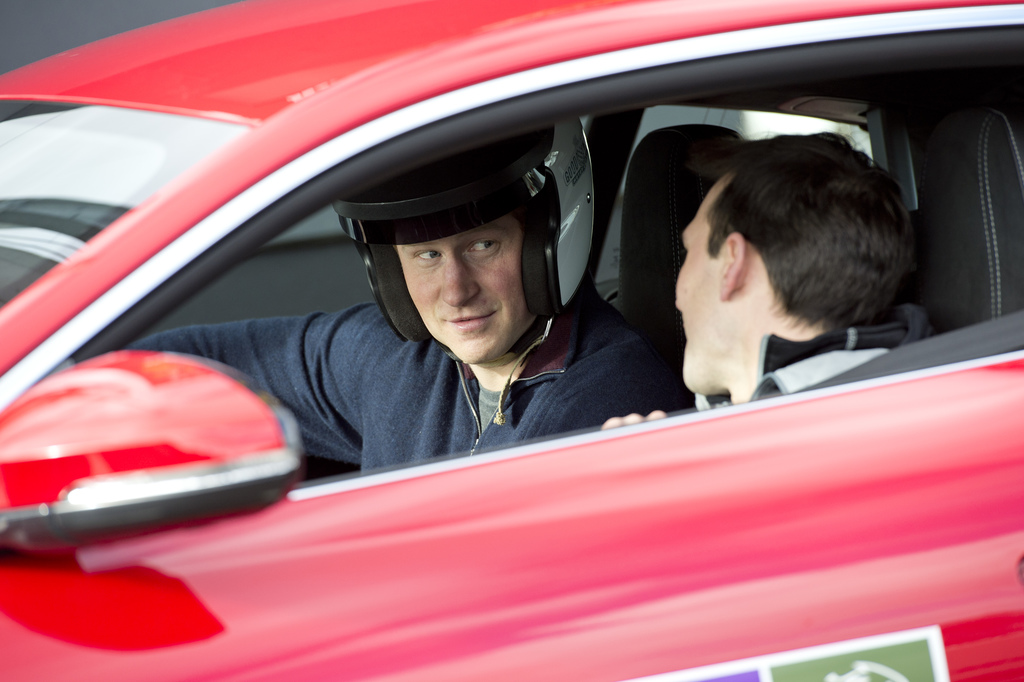 After being greeted by Lord March, owner of Goodwood Motor Circuit, Prince Harry completed a handful of adrenaline-fueled laps of the historic circuit in a classic Aston Martin DB4, before another high-speed run, this time in a Lamborghini Gallardo.

Following laps in a Jaguar F-Type and an Aston Martin V8 Vantage, he met injured servicemen that have been helped by the Endeavour Fund and visited an exhibition of the Royal Foundation’s projects, before paying a visit to the Boultbee Flying Academy, based at Goodwood Aerodrome.

Lord March said: "We’re delighted to have Prince Harry attend a track day here at the Goodwood Motor Circuit and to support the work of the Royal Foundation Endeavour Fund, which has established some wonderful projects to help injured service personnel. As a former Royal Air Force base, Goodwood has a connection with military service that stretches back 75 years, so it’s something that we feel quite a part of."