Nick Boulle to Debut at Spa with Rinaldi Racing 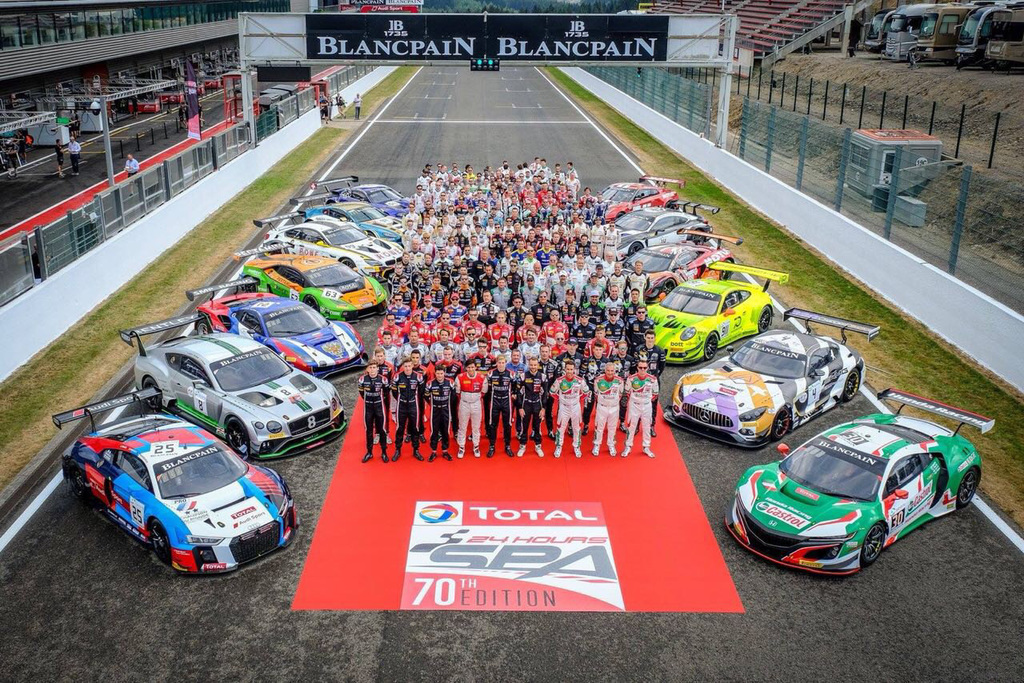 Boulle to Debut at Spa with Rinaldi Racing

Boulle will join season long lineup of drivers Rick Yoon, Pierre Ehret, and Murad Sultanov. The 24-hour endurance race is part of the SRO Blancpain Endurance Cup that features four classes – Pro, Pro-Am, Am and National Cup. The #488 will enter the AM Category where a trio of Bronze-rated drivers is allowed to select one Silver driver who can do a maximum of 6 hours during the 24-hour race- Boulle will fill this role. Coming off an 8th place finish in class at the Le Mans 24 Hour, Boulle joined Rinaldi racing and his co-drivers for the Spa 24 Hour test day.

Speaking at the test, Boulle commented, “My time at the official test was primarily spent getting acquainted with the car as it is a big change from all of my prototype driving experience. We worked on setup and I enjoyed adjusting the car to suit my style, but I left with a lot of data in terms of how I need to adapt to get the maximum from the car.”

The race will take place at the Spa Francorchamps Circuit near Spa, Belgium which is known for its blindingly fast uphill first corner complex called “Eau Rouge.” Eau Rouge sees drivers take it flat out in 5th gear before a long straight and a hill so steep that it makes the exit blind and the car get light as drivers crest the Raidillon – the final portion of the complex. The circuit itself is known as the world’s ultimate driving track and is between two hills in the beautiful Belgian countryside.

Adding excitement and history to the weekend is the fact that the team utilizes a stunning bright green Ferrari 488 GT3 race car. The car itself weighs 2,750 pounds, and it has the ~600 horsepower bi-turbo Ferrari 488’s V-8 engine paired with an upgraded racing gearbox. Paired with vastly upgraded aerodynamic carbon-fiber bodywork the car is astoundingly quick around the high stakes 7-kilometer racing circuit.

The Total 24 Hours of Spa will mark de Boulle Motorsport’s first entry in professional motorsports in the growing GT3 category. The Spa 24 Hours is in fact known as the largest GT3 race in the world. This year, the race will feature 68 entries very strong entries from manufacturers including: Ferrari, Lamborghini, Porsche, Audi, Mercedes and BMW.

de Boulle Motorsports is a living and moving illustration of the passion for excellence that de Boulle Diamond & Jewelry has for both jewelry and timepieces. de Boulle was established in 1983 by Denis and Karen Boulle, de Boulle has assembled an unrivaled collection of diamonds, fine jewelry and timepieces unsurpassed for its elegance and depth in selection, including: Patek Philippe, Rolex and Tudor. de Boulle has served thousands of discriminating customers and built a reputation as one of the pre-eminent independently-owned jewelers in the United States. The Boulle’s have taken a continued interest in the community and currently supports a list of charitable causes. de Boulle is located in Dallas at ‪6821 Preston Rd. and in Houston at ‪4444 Westheimer Rd. For more information, visit deBoulle.com.

Director of Creative and Marketing