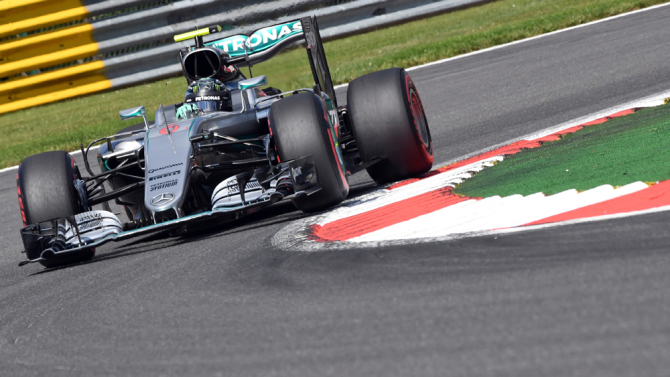 JANUARY 16, 2017 | 03:47PM PT
On Tuesday Liberty Media will seek the approval of stockholders for its acquisition of motor-racing business Formula One in a deal that values the latter at $8 billion. What will potentially follow is a shakeup of the sport to maximize revenue.

Since Liberty Media announced in September that it had agreed to buy Formula One and that Chase Carey would serve as the sports business’ new chairman, working alongside CEO Bernie Ecclestone, Liberty Media’s president and CEO Greg Maffei has been keen to spell out how his company will ramp up revenue.

One area of growth would be to increase the number of races from the present 21 a year to up to 25, with Miami and Las Vegas among the proposed new venues. “Obviously there is a limit on how much you can do — just getting the cars around the world [is difficult] — but I think we can expect to grow the amount of races to a mild degree,” Maffei told investors at the Morgan Stanley Technology, Media and Telecoms conference in November.

A Formula One insider told the Financial Times that the company wanted to make each Grand Prix “the equivalent of the Super Bowl.” Instead of being merely weekend events they would be extended to fill a whole week with the addition of ancillary elements.

Maffei also sees potential in increasing the competitiveness of the races, moving away from the existing dominance of teams like Mercedes and Ferrari, which would increase the popularity of the sport.

He also believes that switching the television coverage from free TV to pay would increase revenue significantly, following the example of the U.K., where pay-TV provider Sky is taking the wheel. Broadcasting accounts for 35% of Formula One’s annual revenues of more than $1.8 billion.

Maffei has said that Formula One should also do more to increase revenue from sponsorship. It has 19 sponsors and three people working in sponsorship. Liberty Media owns the Atlanta Braves baseball team, and Maffei has pointed out that Major League Baseball has 75 sponsors in the U.S. alone, and 80 dedicated staff.

Digital is one area that has hardly been exploited at all by Formula One, according to Maffei. “Less than 1% of revenues are from digital,” he said at the Goldman Sachs Communacopia conference in late September. “They really have no organized digital effort. I think there’s a lot of things that can be done around gaming, VR [virtual reality] and AR [augmented reality].

“There’s an enormous amount of video feed and data about the races that we are already capturing that we are not in any way processing incrementally for the dedicated fan, or opportunities around things like gambling.”

One of the first moves Carey is likely to make after Tuesday’s vote is to appoint an executive to take responsibility for marketing, sponsorship and media-rights deals, with former ESPN exec Sean Bratches among the front-runners for the role. Where that’ll leave Ecclestone is another matter.

Robin Jellis, editor of research firm TV Sports Markets, warns that the changes Liberty Media has in mind for Formula One may have mixed outcomes. Increasing the number of races, for example, will increase revenue but may also induce “apathy” among viewers, he says, similar to that caused when the European Soccer Championship increased the number of teams. That said, the success of Iceland and Wales in the soccer competition provided the fairytale storylines that audiences love.

Jellis adds that switching to pay-TV may also have a downside, despite the short-term revenue boost, as it may put off potential sponsors that crave the mass audiences that free-TV provides. For that reason a “hybrid” model, where rights are split between a pay-TV and a free-TV broadcaster, may be best.

Referring to Liberty Media’s desire to grow digital revenue, Jellis is skeptical that it will be able to generate revenue direct from the consumer or from the digital platforms for short-form content online and on mobile devices, but that consumer brands may be persuaded to sponsor such content on platforms.

“This is something [sports] rights holders have been grappling with for years,” he says. “Monetizing digital rights has been very difficult for them. A lot of [soccer clubs] in recent times have been using short-form content on digital platforms — clips on Twitter and Facebook, for example — to increase the value of their sponsorship agreements.”