In search for info about All American Racers test-chassis

My main interests for vintage racing goes to the ' later ' vintage era, the eighties and the nineties are the most interesting decades for me. These cars can run without too much electronics and brought us some awesome racing moments.

I am interested in the story of a T9400 Lola Indycar, wich was bought by Dan Gurney' s AAR team in sept.1994. The chassis was used to try and test the first, Japanese built indy engine, the RV8A, Fase1.

In the mean time the development of the revolutionairy Fase2 engine and the Eagle Mk-IV chassis was on it 's way. Because it was a testchassis, there is nothing to find on the internet, mostly because the internet did not have such an impact in 1994, as it would do now. These days, nothing stays secret anymore. Like all car owners, I would like to have as much as possible info and documentation of my car, from the time it was used by AAR and TRD, till the time it ended its life in the spotlights as a showcar on race events and sponsor meetings.

Is there anyone who has ever made pictures of this car during tests or on raceweekends, or on sponsor events from Toyota or Castrol?

Is there anyone who has worked on the car, or on the other cars, as an employee of AAR or TRD, or was involved in the period 93 till 1999 and has information or stories that can be interesting for me?

The car was problaby complete fresh white when it was used for testing, it got her Eagle and Castrol colours only in 1997. The Jockey sponsorship was only to start in 1997. Old racechassis were often used by AAR after retiring as a showcar.

Information I have, is that the car only went to the track 2 times in 1995, the first time suffered from heat problems, due to a lean fuel-mixture problems. The engine, the Fase1, only 10 of them were built and most of them ended in small pieces after testing on the dyno. One of the engines is displayed in the TRD headquarters in the USA, the other is in this chassis.

The car on the picure below is as it looks now, in the famous Castrol-Jockey-Eagle colours of 1997. 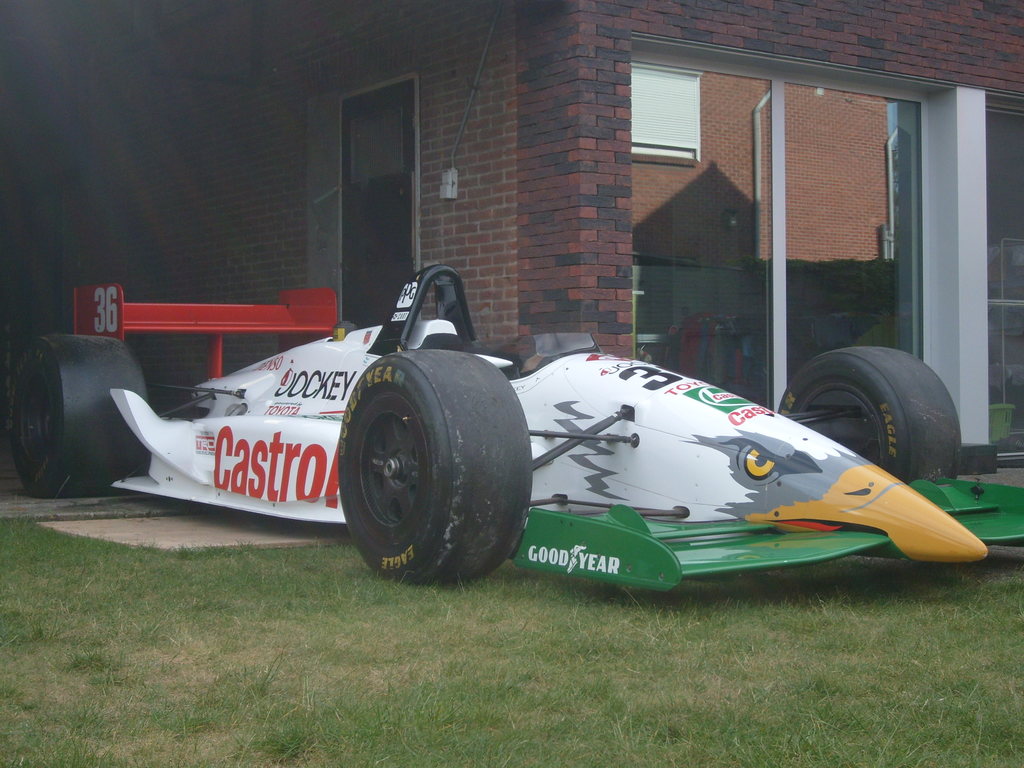 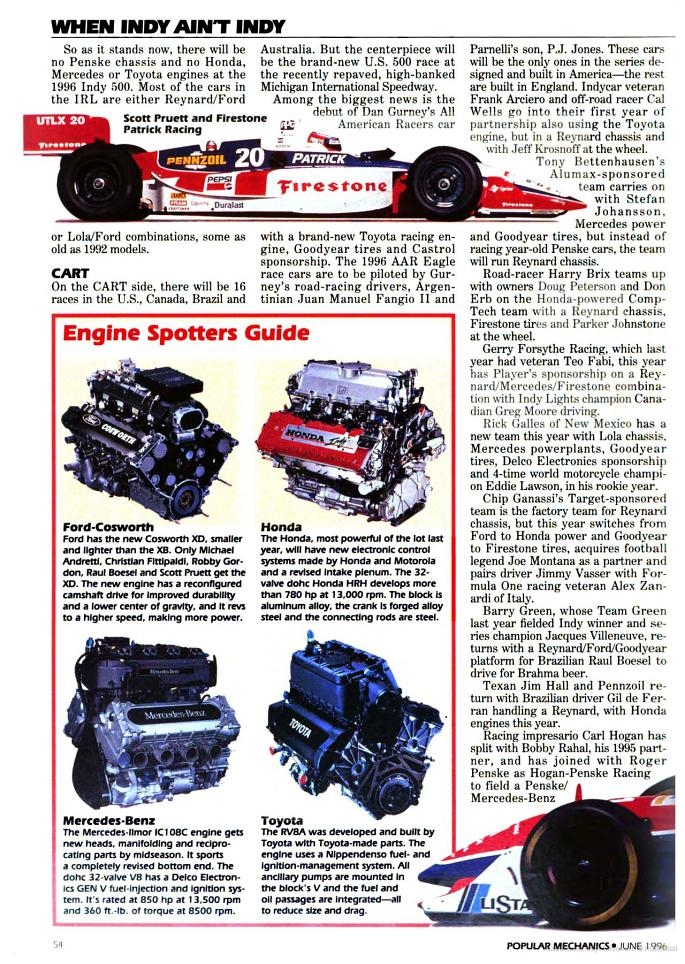 The Toyota engine on the picture above (from Popular Mechanics) is the Fase1 engine, as is built in the Lola chassis. This is not the race-engine, the Fase 2.5 that was used in the 96 season. The Fase 2.5 was so revolutionair built, that it was just for AAR and TRD eyes only.

All info is welcome!

Thanks for the help!

Heres another picture. They have TRD stickers on top of the boxes so they seem to be the original shipping crates.Believe it or not the bigger crate is actually just what seems to be an engine stand.

History unknown unfortunately, but there must be an interesting story behind how it ended up where it was.The seller advertised it as a 3 litre Indy engine, so he had some idea. My guess is it was from a deceased estate, so the family knew something about it but not the details. The person selling it was some sort of machinery dealer, and had nothing to do with race cars or parts.

Hi Hank,thanks for sharing your story. I actually joined VRL to get in touch with you. I have just bought what appears to be a Toyota RV8A engine from Japan. It looks the same as the picture in your article. I was wondering if you have had any luck finding information about your car and these engines?

Thank you for your great Blog.

I featured it in our Blog section so hopefully that will raise it's visibility.

Good luck on getting the info you're looking for.

All the best - Stephen