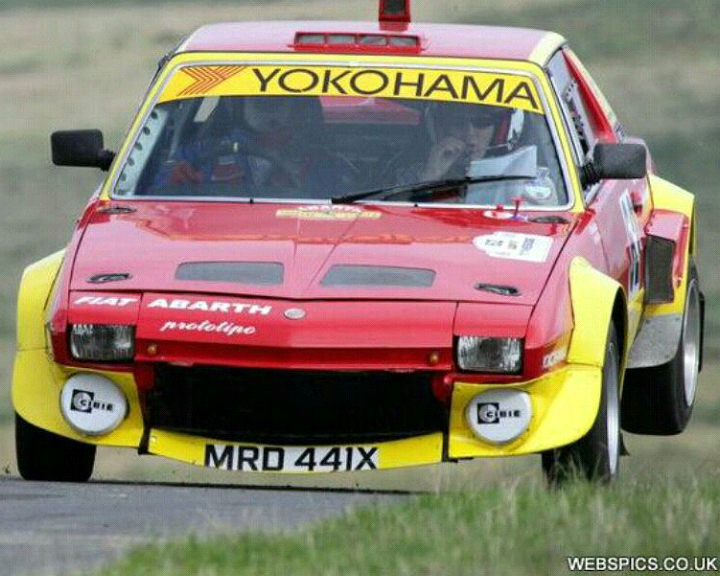 The X1/9 is a mid engine sports car manufactured by Fiat from 1972-1982, then between 1982-89 Bertone took over manufacturing the car. The car had excellent handling, was rear wheel drive with a mid mounted gear box. The original X1/9 succeeded a 69 concept car called the Autobianchi Runabout. The cars styling was designed by Marcello Gandini from Bertone. The X1/9 was designed and built around the new 128 SOHC engine and the gearbox from front wheel drive Fiat 128. The X1/9 was released for European market in 1972 and was marketed to replace the 850 Spider Bertone.

The cars layout meant that the fuel tank and spare wheel were side by side, in front of the engine directly under the drivers and passenger seats. This optimized the car’s weight by falling inside its wheel base and allowed for better handling, and provided cargo areas in the front and rear of the car.

The car took its styling from contemporary powerboat designs with pop up headlights and a removable targa hard top roof. The car’s body was produced at the Bertone factory in Torino, but the actual car was assembled at Fiat’s Lingotto’s factory. Inn 82 Bertone assumed complete production of the car, and from then until the final car was built it was badged as the Bertone X1/9. The Bertone models were given additional legroom, so that the car could be marketed at taller customers. The last model to come off the production line was named as the Gran Finale, and was sold from 1989-1990; a spoiler was added along with Gran Finale badges.

Fiat X/9 Prototipo 2000 Abarth (1973) Engine 1840 S4 Twin Cam 16v producing 210bhp.
At the time of the launch of the project in 1973 Fiat had been using the 124 Spider Abarth as their front line rally car, while Lancia competed in the same group with the Stratos. But Fiat decided to concentrate on its new mass market mid-range car the 131 and the Prototipo project was quietly side lined.

Swiss racing team Scuderia Filipinetti unveiled their version of the X1/9 racing car at the 1973 Geneva Motor Show. It was built and developed by Fiat Technician and driver Mike Parkes who went onto develop and build the infamous Lancia Stratos.