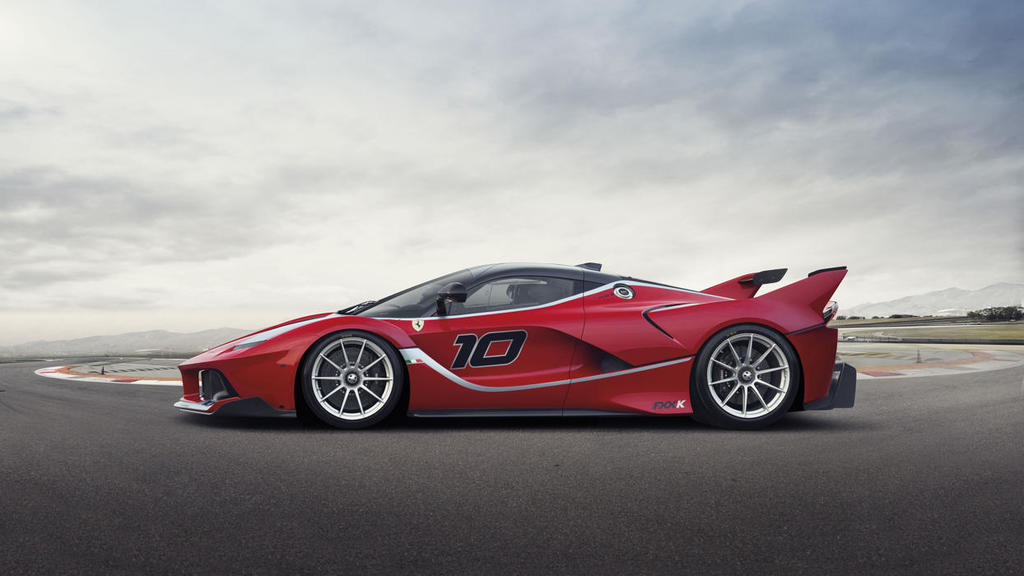 By Alex Lloyd 6 hours ago Motoramic

The Ferrari LaFerrari is one of Maranello's greatest creations, the ultimate expression of today's Prancing Horse. At 950 hybrid horsepower, it's about as monstrous a machine as one could possibly build for the public roads. So the track-only version, well, that should be something else: Meet the 1,035 hp LaFerrari FXX K.

Arriving with Pirelli slick tires, the FXX K clearly isn't street legal. What's more, it isn't even legal to compete in any sanctioned races series around the world. It remains, what Ferrari calls, an experimental car, and will be part of its Corse Clienti customer racing program, available only to Ferrari's most loyal customers. Basically that means it's not bogged down by regulations, allowing Ferrari to create what it deems to be the ultimate driving experience.

The powertrain in the FXX K has been gently massaged, featuring new camshafts, a modified valve train and a reworked intake manifold. Now, the naturally-aspirated 6.3-liter V-12 produces 838 hp all by itself, boosted by the electric motor to create the staggering final figure. That motor is a tuned version of the HY-KERS system in the stock LaFerrari. It arrives with four settings that optimize its flow of juices based on the driver's preference: Qualify mode, for maximum one-lap performance; Long Run mode for consistency; Manual Boost mode where all the power is unleashed instantly; and Fast Charge mode, where the system does its best to recoup energy and recharge the battery.

Beyond power, the aero package on the FXX K is, as one would expect, rather spaceship-like. The diffuser on the back is just preposterous and the front splitter appears larger than my dining room table. The split-rear wings effectively act as guide vanes to boost the spoiler's efficiency. As the air swoops of the sloping roof-line, the adjustable spoiler, which extends a further 60mm when fully deployed, helps improve total downforce by 50 percent over the production LaFerrari in low drag configuration and 30 percent in high downforce settings. Ferrari claims that 1,190 lbs. of downforce are created at 125 mph. That figure in of itself is pretty telling of this car's performance level.

The safety nannies in the FXX K are tuned specifically for the track, meaning you don't have such a wide variety of intervention, rather you enjoy an ability to fine tune based on preferences and track conditions. The ABS, for instance, has five different settings to adjust its aggressiveness.

What we have here is one of the world's fastest cars with a roof. Like McLaren's P1 GTR, it's an opportunity for its most trusted customers to experience Ferrari uncut -- gone mad. Only a handful of FXX Ks will likely be built, and buyers typically won't get to bring the car home. Ferrari will keep it at the factory, delivering it to the track when a buyer wants to go crazy. Pricing for the FXX K hasn't been released, but if you lack many dollars and many Ferraris, it probably doesn't matter anyway.