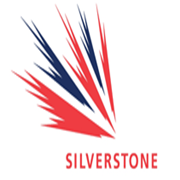 On October 2nd, 1948, amid straw bales and ropes, Silverstone's first event took place, the RAC Grand Prix. The crowds came in there thousands, thrilled to see the return of Grand Prix racing after so many years of war austerity


Silverstone Circuit has come a long way since it was turned from a wartime airfield into a motor racing circuit. It is now one of the world's most famous motor sport venues.

Silverstone was opened as a World War II airfield in 1943, near the leafy village of the same name. Once the war had ended in 1945 Britain was left with a number of redundant airfields but without a major race track Donington Park was still a military vehicle storage depot, Brooklands had been sold off, Crystal Palace was in a state of disrepair and Brands Hatch was still under-developed.

The Royal Automobile Club was interested in Silverstone as a potential site and approached the Air Ministry in 1948 and a lease was arranged. At this time the centre of Silverstone Circuit was a farm producing cereal crops and also a piggery so the RAC employed farmer James Wilson Brown to create the first Grand Prix circuit at the site and gave him just two months to build it.

On October 2nd, 1948, amid straw bales and ropes, Silverstone's first event took place, the RAC Grand Prix. The crowds came in there thousands, thrilled to see the return of Grand Prix racing after so many years of war austerity.The 3.67 mile course sent the 23 competing cars racing round part of the perimeter track, up the two former runways and back to the perimeter. This layout meant cars were racing towards each other head-on until they turned sharp left and returned to the perimeter. For this reason canvas screens were erected across the centre of the circuit to stop the drivers being distracted whilst the spectators were not allowed in the centre of the circuit because of the potential damage to growing crops.

The winner of the inaugural race at the Silverstone circuit was Luigi Villoresi in a Maserati, who recorded an average speed of 72 mph to claim the first prize of £500. A year later, after the hazardous runways were eliminated and a chicane was inserted at Club on the full perimeter road, Silverstone hosted a second major event in May 1949 – the Formula One Daily Express International Trophy – virtually a second Grand Prix, won by Alberto Ascari.

Another of Silverstone's most famous classics also began in August 1949, the Daily Express International Trophy for Formula One cars and for this meeting the Club chicane was dispensed with and the circuit took up a shape that was to last for a quarter of a century.

You need to be a member of Silverstone Race Track to add comments!