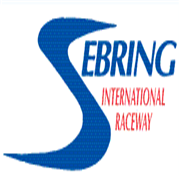 Built in 1950, Sebring Raceway is one of the oldest continuously-operating race tracks in the United States. Sebring International Raceway is a road course auto racing facility located in Sebring, Florida. The raceway occupies a portion of Hendricks Field, a former military training base and currently an active airport for private and commercial traffic. 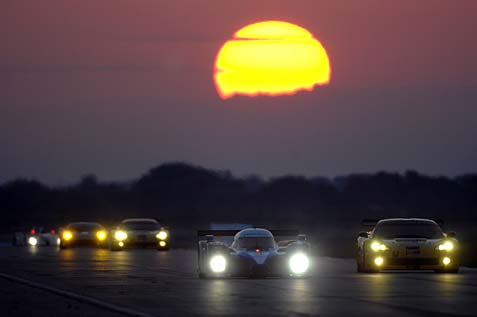 History
Sebring started life as a United States Army Air Forces training base. From 1941 to 1946, pilots learned to fly the B-17 Flying Fortress. This lineage was commemorated by a special livery on Gunnar Racing's Panoz in the 2002 12 Hours of Sebring resembling a World War II-era B-17. 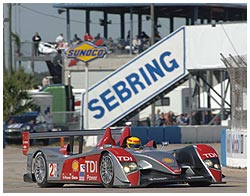 After the war, aeronautical engineer Alec Ullmann, seeking sites to restore military aircraft for civilian use, saw potential in Hendricks' runways to stage a sports car endurance race, similar to the 24 Hours of Le Mans. Sebring's first race was held on New Year's Eve of 1950. The Sam Collier 6 Hour Memorial race was won by Frits Koster and Ralph Deshon in a Crosley Hot Shot. This first race attracted thirty racecars from across North America. 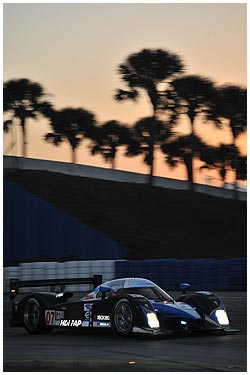 For much of Sebring's history, the track followed a 5.2 mile (8.66 km) layout. In 1983, the track was changed to allow simultaneous use of the track and one of the runways. In 1987, more changes allowed use of another runway. Further changes in 1991 accommodated expansion of the airport's facilities, and brought the track close to its current configuration. The entire track could now be used without interfering with normal airport operations. In 1996, the hairpin was removed due to a lack of runoff, and replaced with what became known as the "safety pin". Gendebien Bend was also reprofiled to slow the cars' entry to the Ullman straight. 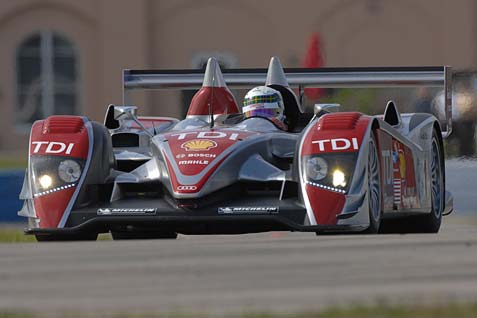 The track now is leased by the Panoz Motor Sports Group, who acquired the facility from Andy Evans in 1997. 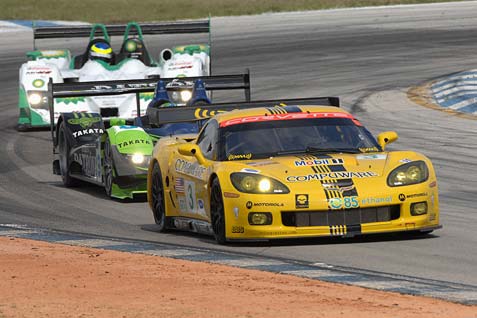 The track will often be recognized for its famous, high-speed "Turn 17", a long, bumpy, fast right hander that can make or break a car's speed down the front straight. The corner can fit up to 3 cars wide.

Skip Barber Racing School does numerous programs at the facility, including a Scholarship opportunity for young racers. 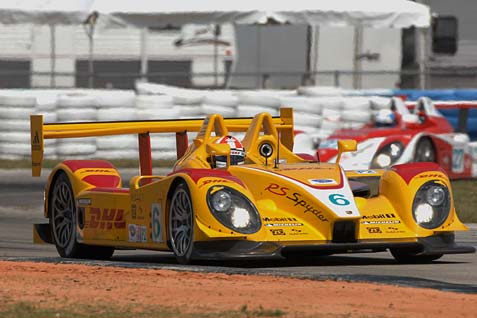 The 12 Hours of Sebring, sanctioned by the ALMS is one of the most important races in the world.

Track configuration
Track map.The course of the track is 3.7 miles (5.95 km) long. It is a seventeen-turn road course with long straights, several high-speed corners, and very technical slower corners. Many of the turns and points along the track are named for the early teams and drivers. There is very little elevation change around the track and little camber on the surface, providing a challenging track for drivers, especially when it rains.

The track layout from 1952 to 1986Sebring is renowned for its rough surface. The course still runs on old sections of World War II-era landing fields that were constructed of concrete sections with large seams. The transitions between sections are quite rough and often, sparks fly from the undercarriages of the cars as they traverse them. Much of the track has intentionally been left with its original concrete runway surface. The track surface has 3.0 miles of asphalt and .7 miles of concrete.

Events
Sebring is most notable for hosting the 12 Hours of Sebring, sanctioned at various times by the FIA, IMSA, and now, the ALMS. The track also hosts the Historic Sportscar Racing series, and is home to the Audi Driving Experience. Many Champ Car, sports prototype, and Grand Touring teams use Sebring for winter testing due to the warm climate.

You need to be a member of Sebring International Raceway to add comments!