You need to be a member of Range Rovers Owners Group to add comments! 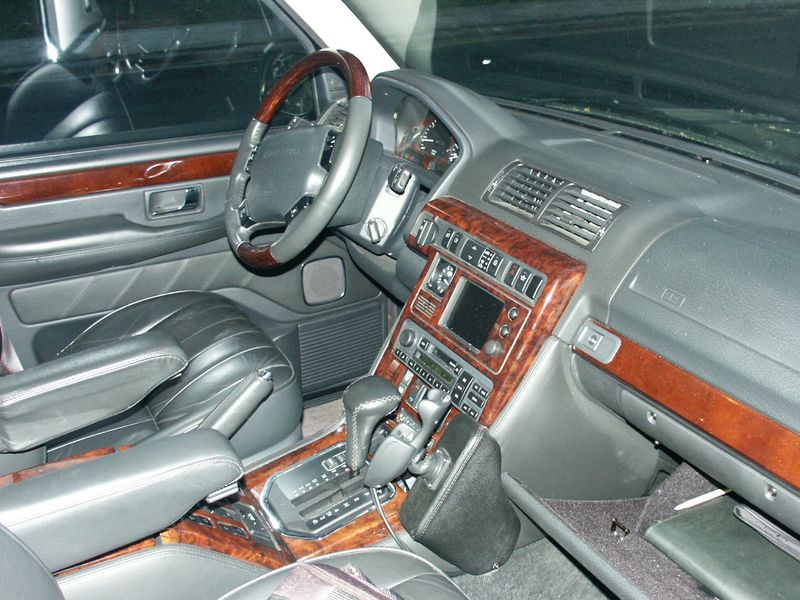 Many of our "charter customers" are still with us, as are many of their sons and daughters who have also been bitten by the Rover bug.

Over the years, they've taught us a lot about Land Rovers and their owners.

We know you want it fast, so we offer overnight delivery and have expanded our warehouse to fill an average of 97% of your orders from stock when you order by phone by 3pm ET or order online before 12pm ET, Monday - Friday.

We know you want choices, so we provide you with a wide array of premium Land Rover parts, accessories and performance upgrades imported from around the world; many of which are available no where else in North America.

As direct importers, we pay no licensing or import agent fees, and we are free to offer you the very best items for your Rover, be they Genuine Land Rover parts, Original Equipment Manufacturer (OEM) parts or quality Aftermarket parts and performance upgrades that enhance your driving experience even more.

We know you want to order with confidence, so everything you buy from us comes with our 1-year warranty against defects and a 30-day return/60-day exchange guarantee. (excluding electrical parts and shop manuals and videos). See our Store Policies page for more details.

We know you want convenience, so we give you the option of ordering many of our routine maintenance items in our exclusive pre-packaged kits. They come complete with everything you or your mechanic need to do the job right the first time - nuts, bolts, pins, clips, seals, gaskets - everything - and only Atlantic British has it!

We know you want information, from tech tips to the latest accessories, so we give you a special Tech Tips section and the most knowledgeable Rover Customer Service Reps in the business are just a phone call away.

We know you want camaraderie, so we provide links to Land Rover Clubs across the continent where you'll find fellow Rover enthusiasts gathering for off-road adventures. (When you join a Club, look for us there. It's not unusual to find an Atlantic British staff member riding along.)

And, after all this, if there is still something you want that you're not finding at Atlantic British, all you have to do is call, write or e-mail us and we'll do our best to get it to you. Because you can't stay in business all these years without being responsive to your customers. No matter how fast we grow or how big we become, that's one thing about Atlantic British that will never change.

You have our word on that.

Atlantic British Ltd. is an independent supplier of replacement parts and accessories for Land Rover vehicles. We have no affiliation, real or implied, with Land Rover UK Ltd. or Land Rover Of North America. Any use of Range Rover, Land Rover or other logos and trademarks used on this site is intended for reference only. Parts and accessories provided by us are genuine Land Rover parts only if indicated by suffix G on the part number, the part themselves or the packaging associated therewith.

Here weï¿½ll do our best to put up Land Rover Club links for your viewing pleasure. Learn more about your Rover, the people, places, and products that make off-road driving so much fun. If you know of any club-related links you think would be appropriate for this space, please let us know. Drop us an e-mail at AB@AtlanticBritish.com.

ROVER CLUBS USA & CANADA
Calling all Club Members...you're wanted on-line! If you've already submitted your Club info, please check it for accuracy. If you haven't listed your Club with us yet, please join our list by e-mailing your Club info to AB@AtlanticBritish.com. And if you have a website of your own, let us know and we'll provide a link directly to your site! We'll try to broaden our range of Rover-related links as we go. If you know of any you think other Rover owners should know about, please let us know.

1989 Dec: Rover announces that the hyphen in Land-Rover was being dropped - Sandy Grice 1/'97.
1990: Camel Trophy adopts the Land Rover Discovery.

1999 Sept: The `Rover Group' name to disappear except for legal and accounting purposes; with all major decision making taking place at BMW, and no local Rover corporate structure, it is just another `marque' owned by BMW.

2000 March: BMW decides to sell Landrover to Ford for about US$2.7bn, and later Rover cars to a management group `Phoenix'.

2008, March 26: Tata Motors of India agreed to buy LandRover, and Jaguar, from Ford for approximately us$2.3billion (plus a contribution to the J & LR pension fund). The deal was completed on 2 June 2008.

2004: All new Discovery 3 with all independent suspension.

Freelander
1997: CB40 is revealed and named as Freelander - the new small Land Rover with monocoque construction, transversely mounted engine and no low-ratio or "proper" transfer-case. Nevertheless it takes on the Toyota RAV4 and Honda CR-V head-on.
2000 August: 2.5 litre V6 Freelander, and 2-litre Td4 diesel, released in UK and USA.
2006: All new Freelander-2 on sale, 3.2-litre I6 or 2.2-litre turbo-diesel 4-cyl..