Since 1983, the Pittsburgh Vintage Grand Prix has raised over $2.25 million for the Autism Society of Pittsburgh & Allegheny Valley School. 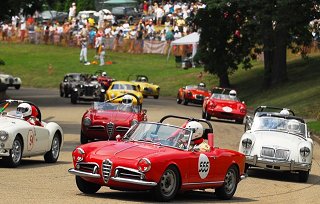 The Pittsburgh Vintage Grand Prix is quite a unique vintage racing event. It is not only America’s largest vintage race, but the only one run on city streets – the way sports car racing began. We are proud to host one of Southwestern Pennsylvania’s premiere events, one whose mission is to celebrate and honor our founding vintage auto enthusiasts while simultaneously using this venue to benefit charity. Funds raised help provide residential care, treatment and support for autistic and developmentally disabled individuals in the greater Pittsburgh area through the Autism Society of Pittsburgh and Allegheny Valley School. The PVGP is synonymous with Schenley Park and 2009 will mark our 27th consecutive year racing through the beautiful park setting. Vintage racing at Schenley Park is the culmination of a 10-day Race Week highlighted by Historic Races at BeaveRun, numerous car shows, cruises, a Blacktie Gala, and our Kickoff Road Rallye. 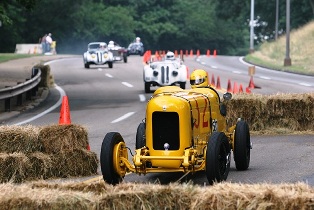 We want to thank everyone who makes this event possible; the drivers who allow us to share in their appreciation of vintage motorsports, the army of volunteers who work yearlong to make the races and shows run smoothly, and the cooperation of our city governments to stage this world-class event throughout Pittsburgh. 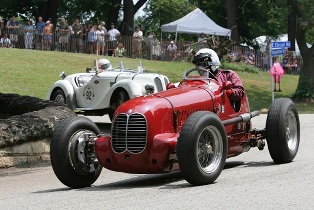 The end goal of this event is to raise funds for our charities and we need your help. Our event, as always, is free to spectators, but your contributions will assure that we can continue to provide quality vintage racing as well supporting the Autism Society of Pittsburgh and Allegheny Valley School.

Meetings are held the first Monday of each month at 7:00 at the Wyndham Hotel - University Place 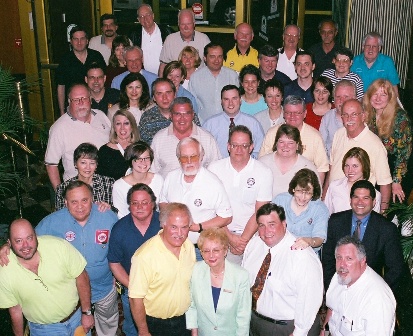 Operating Committee Meetings take place Wednesdays at the Wyndham Hotel in Oakland and start at 7:30 PM. 2009 Meeting dates are March 11 and June 10

If you have any race related questions please contact any of the following Grand Prix Race Side volunteers:

Admission is free to the public!

Schenley Park is the scene of our nation's only vintage race held on city streets. This 456 acre golf course and park hosts over 2,000 show cars and well over 200,000 spectators for the weekend.

The PVGP races through Schenley Park are considered by many drivers to be the most challenging race course worldwide. The 2.33 mile circuit has 23 turns not to mention haybales, manhole covers, phone poles and stone walls.

There are practice/warm-up sessions each morning. Qualifying races take place on Saturday with the Crown Royal Featured Races on Sunday. Both afternoons feature exciting racing as groups are separated by engine size and year of manufacture. There is little difference to spectators between Saturday's and Sunday's track action as over 175 cars will compete.

The VSCCA is the sanctioning body for our Schenley Park races. All race groups are inspected on Saturday morning and qualify in the afternoon for grid position in Sunday's featured races.

You need to be a member of Pittsburgh Vintage Grand Prix Association (PVGPA) Members Group to add comments!