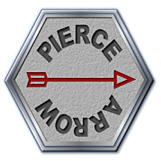 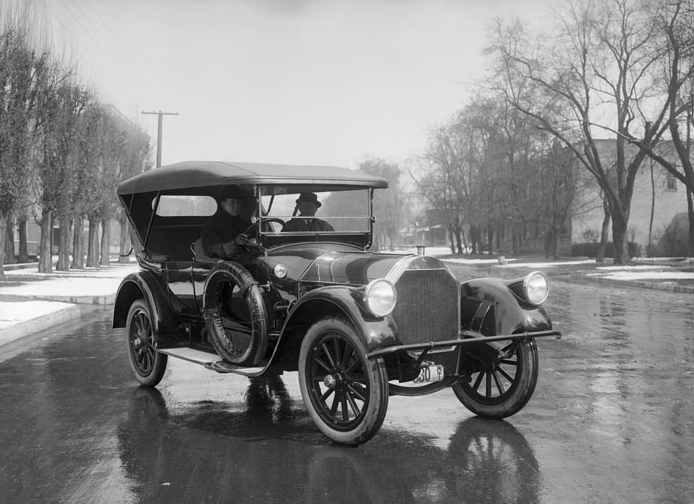 Pierce-Arrow was an American automobile manufacturer based in Buffalo, New York, which was active between 1901 and 1938. Best known for its expensive luxury cars, Pierce-Arrow also manufactured commercial trucks, fire trucks, camp trailers, motorcycles, and bicycles.

Early history
The forerunner of Pierce-Arrow was established in 1865 as Heinz, Pierce and Munschauer. The company was best known for its household items, and especially its delicate, gilded birdcages. In 1872, George N. Pierce bought out the other two, switching the name to George N. Pierce Company and, in 1896, bicycles were added to the product range. A failed attempt to build a steam-powered car was made in 1900 under license from Overman but, by 1901 Pierce built its first single-cylinder two-speed (no reverse) Motorette with the engine licensed from de Dion. In 1904, a two-cylinder car, the Arrow was made. 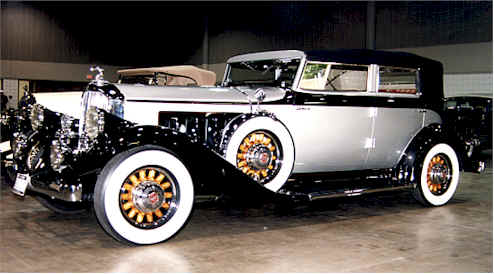 1903–1927
In 1903 Pierce decided to concentrate on making a larger, more luxurious auto for the upscale market, and the Pierce-Arrow automobile was born. This proved to be Pierce's most successful product, and the solidly-built cars with powerful engines gained positive publicity by winning various auto races. During this period, Pierce's high-end products were sometimes advertised as the Great-Arrow. In 1908 Pierce Motor Company was renamed The Pierce-Arrow Motor Car Company. 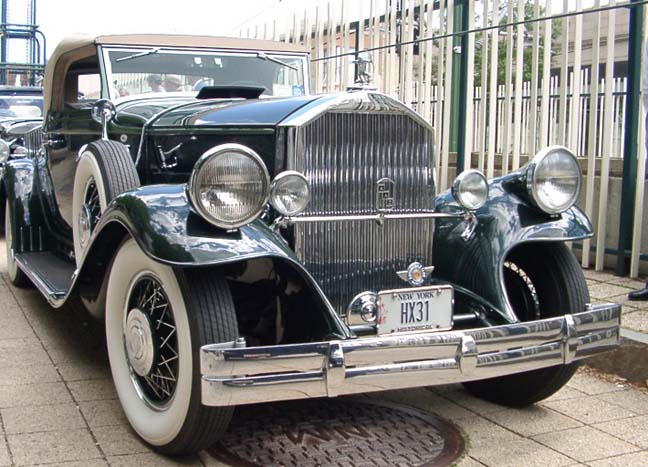 In 1909, U.S. President William Howard Taft ordered two Pierce-Arrows to be used for state occasions, the first official automobiles of the White House. An open-bodied Pierce-Arrow carried Woodrow Wilson and Warren G. Harding to Harding’s 1921 inauguration. A restored 1919 Pierce-Arrow is on view at the Wilson Presidential Library. Herbert M. Dawley (later a Broadway actor-director) joined Pierce-Arrow in 1912, and designed almost every model between until 1938. In 1914, Pierce-Arrow adopted its most enduring styling hallmark when the headlights of the vehicle were moved from the traditional placement on either side of the radiator into flared housings molded into the front fenders of the car. This gave the car an immediate visual identification from the side; at night it gave the car the appearance of a wider stance. Pierce patented this placement and it remained in place until the final model in 1938, although Pierce always offered customers the option of conventional headlamps. A small minority of customers purchased these less distinctive models. Through 1914 Pierce-Arrow also produced a line of motorcycles.

The Pierce-Arrow was a status symbol, owned by many Hollywood stars, corporate tycoons; royalty of many foreign nations had at least one Pierce-Arrow in their collections. In American luxury cars it was rivaled only by Peerless and Packard, which collectively received the accolade Three P's of Motordom. Industrial efficiency expert Frank Gilbreth[3] extolled the virtues of Pierce-Arrow, in both quality and in its ability to safely transport his large family. 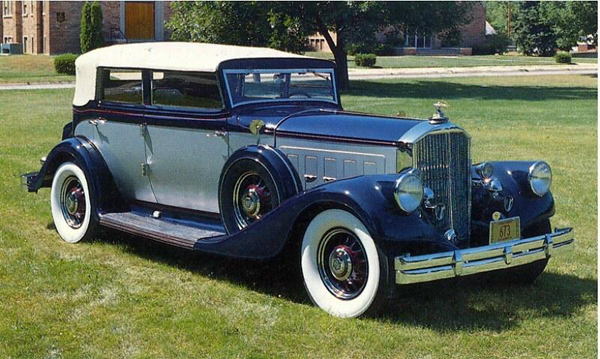 Pierce-Arrow advertisements were artistic and understated. Unusually for automobile advertising, the image of the car was in the background rather than the foreground of the picture. Usually only a portion of the automobile was visible. The Pierce-Arrow was typically depicted in elegant and fashionable settings. Some advertisements featured the car in places an automobile would not normally go, such as the West and other rural settings, a testament to car's ruggedness and quality.

In 1928, the Studebaker Corporation of South Bend, Indiana, gained control of the Buffalo firm. The association was to last for five years, with moderate benefits to both companies' engineering departments, which continued to function as separate entities. Silver Arrow and the end of the line
In 1933, Pierce-Arrow unveiled the radically streamlined Silver Arrow in a final attempt to appeal to the wealthy at the New York Auto Show. The car was well received by the public and the motoring press, being announced with the slogan "Suddenly it's 1940!" Pierce sold five examples but, since it was priced at $10,000 during the worst of the depression, the rich were hesitant to spend so much. The bodies were built at Studebaker, which subsequently assisted in rolling out a lower-priced production model. This, however, lacked many luxury features of the show car and still failed to generate enough sales. 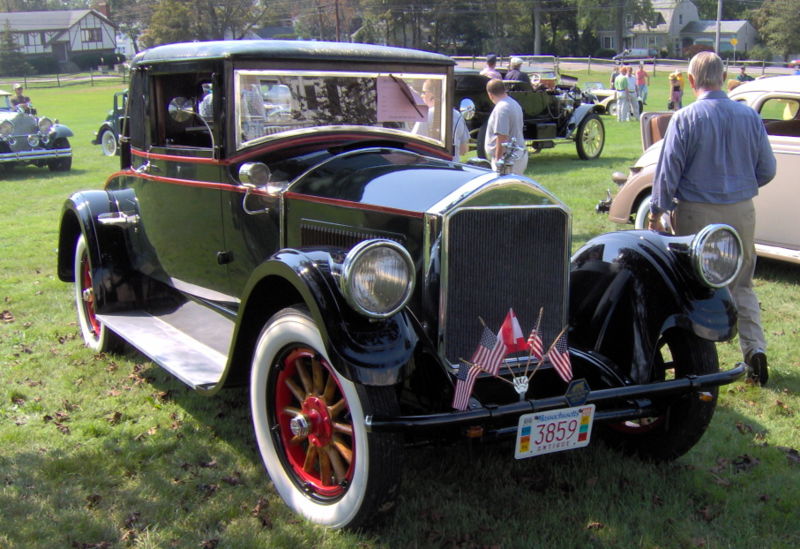 Starting in 1936 Pierce-Arrow produced a line of camper-trailers, the Pierce-Arrow Travelodge. They also produced a new v-12 sedan that was redesigned and considered the safest and most luxurious sedan back then. 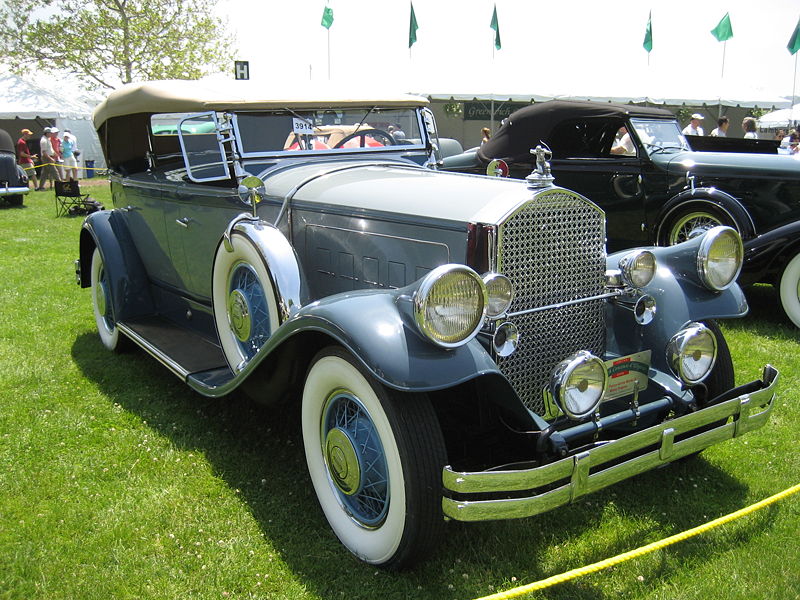 The Rio Grande Southern Railroad converted five Pierce-Arrow automobiles (and a couple of Buicks) into motorized railcars, effectively buses and trucks on rail wheels. The nickname Galloping Goose was soon applied to these vehicles, based on their waddling motion and honking horn. All still survive. 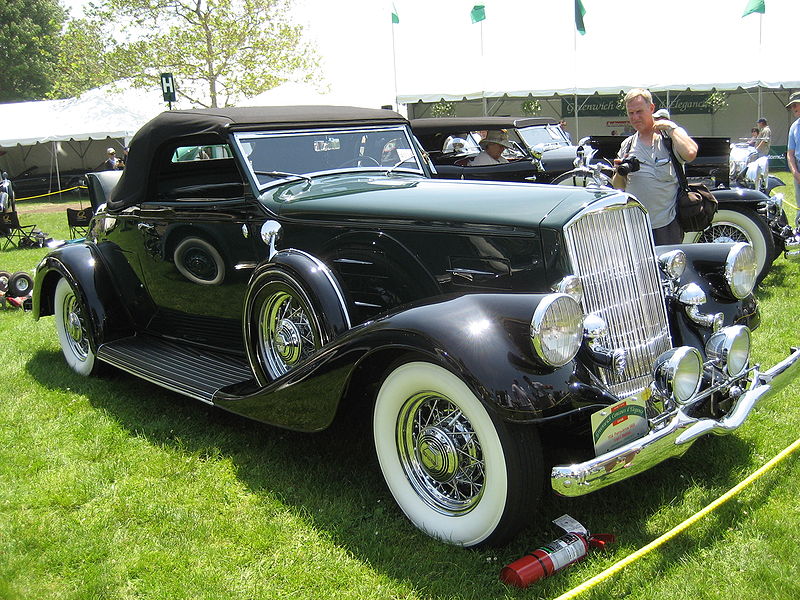 Pierce was the only luxury brand that did not field a lower price car (e.g. Packard 110) to provide cash flow, and without sales or funds for development, the company declared insolvency in 1938 and closed its doors. The final Pierce-Arrow assembled was built by Karl Wise, the firm's chief engineer, from parts secured from the company's receivers. Pierce's holdings were sold at auction on Friday, May 13, 1938 which would probably include the 40 arrows made in October of 1938. Revival of the name
In 2006, a group of classic car enthusiasts from Switzerland bought the rights to the Pierce-Arrow brand which is being applied to a 10-litre, 24-cylinder car designed by Luigi Colani.

Appearances in fiction
Britt Reid, the Green Hornet
Dirk Pitt, hero from the Clive Cussler adventures. Cussler himself owns both a Pierce-Arrow and a Travel Lodge.
A Silver Arrow (renamed Silver Fletcher) can be driven in the PC game Mafia
Four Souls - Louise Erdrich. Fleur's car.
A Pierce-Arrow appears in the New York Times Bestseller "Spring Moon" by Bette Bao Lord.
J. D. Salinger: Hapworth 16, 1924. Young Griffith Hammersmith's mother owns a Pierce-Arrow.
A model of the Pierce-Arrow could be seen in the 1996 film "The Phantom".

You need to be a member of Pierce-Arrow to add comments!

Comment by Patrice De Bruyne on November 18, 2008 at 6:46pm
Hello.
many Thanks for invite me to your club. I have one 1933 Pierce Arrow Sedan 8 in line in fabulous condition. See pictures in automobile section to www.GatsbyOnline.com or in www.LesAutomobilesExtraordinaires;com