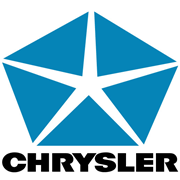 Mopar (short for MOtor PARts) is the automobile parts and service arm of Chrysler LLC. The term was first used by Chrysler in the 1920s and has been in continuous use ever since.

Mopar (short for MOtor PARts) is the automobile parts and service arm of Chrysler LLC. The term was first used by Chrysler in the 1920s and has been in continuous use ever since. Mopar parts are original equipment manufactured parts for Chrysler vehicles.

Mopar has passed into broader usage among car enthusiasts as an unambiguous reference to the Chrysler parent company, as the Chrysler name also refers to a company marque. The term has thus become an inclusive word for any Chrysler-built vehicle — most any Dodge, Chrysler, Plymouth, Imperial, or DeSoto, plus Jeeps and AMC vehicles built after Chrysler's 1987 buyout of AMC-Jeep. Thus, for example, a car club for owners of any Chrysler Corporation vehicle might describe itself as a club for "Mopar enthusiasts."

You need to be a member of Mopar Owners Group to add comments!

Comment by Marshall Campbell on December 15, 2009 at 2:38pm
So Mopars CAN turn as well as go in a straight line. Actually, when I first got my 74 Challenger I was doing road rallies, autocrosses and drag racing. Eventually I got into just drag racing but sure had fun doing the autocrosses and I love the old Mopar Trans Am series cars.

Comment by Dave Taylor on December 11, 2009 at 11:09pm
Very cool. I drag race my 64 330 wheneever I can. Most notably at a vintage event in Mission BC, at the end of July. "Mission Old time drags" Only cars 1970 and older can enter. There are several classes, mostly year based. Street machine, which is 1970 back to 65. Broken into three classes, by ET. Street classic which is 1949 to 64. and street rod which is pre 49. Also an outlot, and electronics class. Lots of fun. Popular event since the track is at sea level, and times are quite quick.

Comment by Jess Neal on December 11, 2009 at 10:20pm
Hello, my name is Jess Neal. I own and road course race a '71 Cuda. I've been a Mopar man all my life. My earliest memories are of riding with my dad in my grandfather's early 50s Job-Rated Dodge truck.

Comment by Stephen Page on March 9, 2009 at 5:41pm
At 11:01am on March 9, 2009, Jerry Lebar said… Hey Steven , If you want you can add our car club to the list of MOPAR CLUBS. I didnt seee a way to add it but we are Central Carolina Mopar Club, centralcarolinamoparclub.com
out of Columbia SC.

Comment by James Bratby on March 3, 2009 at 12:11pm
Actually Valiant as a brand existed until 76 in Australia.