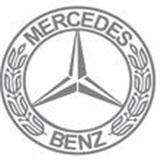 Mercedes-Benz has its origins in Karl Benz's creation of the first automobile in January 1886, Two companies were merged to form MB in 1926 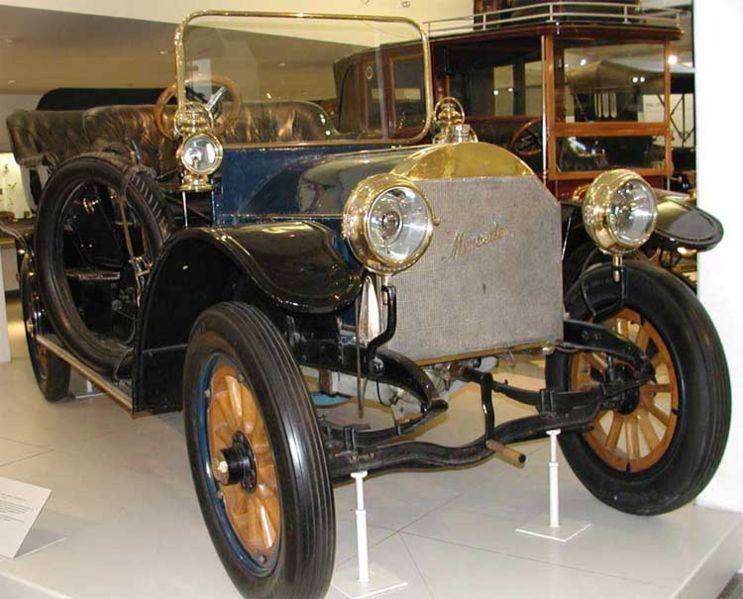 Mercedes-Benz is a German manufacturer of luxury automobiles, buses, coaches, and trucks. It is currently a division of the parent company, Daimler AG (formerly DaimlerChrysler AG), after previously being owned by Daimler-Benz. Mercedes-Benz has its origins in Karl Benz's creation of the first automobile in January 1886, followed by Gottlieb Daimler and engineer Wilhelm Maybach's original Mercedes automobile in 1901. The first Mercedes-Benz brand name vehicles were produced in 1926, following the merger of Karl Benz's and Gottlieb Daimler's companies into the Daimler-Benz company. Mercedes-Benz has, over the years, introduced many technological and safety innovations that have become common in modern vehicles. The two companies which were merged to form the Mercedes-Benz brand in 1926 had both already enjoyed success in the new sport of motor racing throughout their separate histories- both had entries in the very first automobile race Paris to Rouen 1894. This has continued, and throughout its long history, the company has been involved in a range of motorsport activities, including sportscar racing and rallying. On several occasions Mercedes-Benz has withdrawn completely from motorsport for a significant period, notably in the late 1930s and after the 1955 Le Mans disaster, where a Mercedes-Benz 300SLR collided with another car and killed more than eighty spectators. Although there was some activity in the inteverning years, it was not until 1987 that Mercedes-Benz returned to front line competition, returning to Le Mans, DTM, and F-1 sportscar racing with Sauber.

The 1990s saw Mercedes-Benz purchase engine builder Ilmor (now Mercedes-Benz High Performance Engines), and campaign cars at the famed Indy 500 race under the USAC/CART rules, eventually winning that race with Al Unser, Jr. at the wheel. The 90's also saw the return of Mercedes-Benz to GT racing, and the Mercedes-Benz CLK GTR, both of which took the company to new heights by dominating the FIA's GT1 class.

Mercedes-Benz is currently active in three forms of motorsport, Formula Three, DTM and Formula One. In Formula One, the company part owns Team McLaren and has supplied the team with engines since 1995. This partnership has brought success, including back to back Drivers Championships for Mika Häkkinen in 1998 and 1999 and a Constructors championship in 1998. The collaboration with McLaren has been extended into the production of roadgoing cars such as the Mercedes-Benz SLR McLaren.

In 1958 Mercedes-Benz entered into a distribution agreement with the Studebaker-Packard Corporation of South Bend, Indiana (USA), makers of Studebaker and Packard brand automobiles. Under the deal, Studebaker would allow Mercedes-Benz access to their U.S. dealer network, handle shipments of vehicles to those dealers, and in return receive compensation for each car sold. Studebaker also was permitted to use the German automaker’s name in its advertisements, which stressed Studebaker's quality over quantity. A silver SLR McLaren on display at the 2006 European Motor Show in Brussels.Mercedes-Benz has also produced a supercar with McLaren Cars, an extension of the collaboration by which Mercedes engines are used by the Team McLaren-Mercedes Formula One racing team, which is part owned by Mercedes. The 2003 Mercedes-Benz SLR McLaren has a carbon fiber/fibre body with a 5.5l V8 supercharged engine. This is the same block as featured in SL55 AMG and the CLS55 AMG, though modified to give 460 kW (630 PS/620 hp) and 780 N·m (575 ft·lb) of torque. The SLR has a maximum speed of 334 kilometres per hour (208 mph) and costs approximately US$500,000. Due to european pedestrian-protection regulations, Mclaren has decided to cease production of the SLR in 2009.

The most recent new joint-venture model, expected to reach production, is the mid-engine P8 supercar. Based around a unique carbon fiber/fibre monocoque, manufactured by McLaren, the P8 was originally predicted to receive the new naturally aspirated 6.3L V8 from Mercedes-AMG, but insiders[citation needed] now say that the engine will be modified for the car and will probably be twin- turbocharged to produce in excess of 600 bhp (450 kW). The car is still in development, but likely to reach production to go on sale in early 2008, and have a price tag less than that of the SLR.

You need to be a member of Mercedes Benz Owners Group to add comments!

Comment by Norm Sippel on May 5, 2010 at 8:29pm
It's almost 6 months we've had the new E-Type. Just turned 4,000 miles. I'm beginning to become accustomed to it. After spending 3 years with a sports car in sedan clothes (BMW 328i) the E took some getting used to. It's a bank vault on wheels.