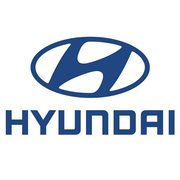 The Hyundai Motor Company is a South Korean multinational automotive manufacturer headquartered in Seoul, South Korea. The company was founded in 1967 and, along with its 32.8% owned subsidiary, Kia Motors, together comprise the Hyundai Motor Group, which is the world's fifth largest automaker based on annual vehicle sales in 2012. In 2008, Hyundai Motor (without Kia) was ranked as the eighth largest automaker. As of 2012, the Company sold over 4.4 million vehicles worldwide in that year,and together with Kia, total sales were 7.12 million.

Hyundai is currently the fourth largest vehicle manufacturer in the world. Hyundai operates the world's largest integrated automobile manufacturing facility in Ulsan, South Korea, which has an annual production capacity of 1.6 million units. The company employs about 75,000 people worldwide. Hyundai vehicles are sold in 193 countries through some 6,000 dealerships and showrooms.

You need to be a member of Hyundai Owners Group to add comments!