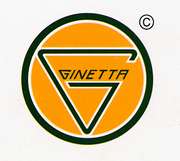 Ginetta Cars was founded in 1958 by the four Walklett brothers (Bob, Ivor, Trevers and Douglas) in Woodbridge, Suffolk, England

Ginetta Cars was founded in 1958 by the four Walklett brothers (Bob, Ivor, Trevers and Douglas) in Woodbridge, Suffolk, England. The cars are currently (2008) made in Leeds, West Yorkshire.

The first car, not destined for production, which subsequently became known as the G1 was based on a pre war Wolseley Hornet.[1] From their original base, the company moved to Witham, Essex in 1962 and between 1972 and 1974 operated from larger premises in Sudbury, Suffolk before returning to Witham where they remained until 1989.

Under the Walkletts, Trevers was mainly responsible for styling, Ivor for engineering, Douglas, management and Bob sales. The company enjoyed 31 years of solvent trading without any Government handouts and under the skilful leadership of Bob Walklett the company always adapted to suit the economic conditions of the day.

Following the retirement of the Walkletts in 1989 the company was sold but failed and was then bought by an international group of enthusiasts and based in Sheffield and run by managing director Martin Phaff producing the G20 and G33.

In late 2005 Ginetta was acquired by LNT Automotive, a company run by Yorkshire businessman and racing car driver Lawrence Tomlinson and in mid 2007 Ginetta moved to an enlarged factory near Leeds to replace the Sheffield works with a target to sell 300 cars a year.
Road cars
The first car, the G2, was produced as a kit for enthusiasts and consisted of a tubular frame chassis to take Ford components and aluminium body. About 100 were made. The G3 was introduced with glass fibre body in 1959 to be followed by the G4 in 1961.

The G4 used the new Ford 105E engine and had a glass fibre GT style body and the suspension was updated to coil springing at the front with Ford live axle at the rear. Whereas the G2 and G3 had been designed for competition the G4 was usable as an everyday car but still was very competitive in Motor Sport with numerous successes. Over 500 were made up to 1969 with a variety of Ford engines. In 1963 a coupé was introduced alongside the open car and a BMC axle replaced the Ford one at the rear. On test the car reached 120 mph (190 km/h) with a 1500 cc engine. The series III version of 1966 added the then popular pop up headlights. Production stopped in 1968 but was revived in 1981 with the Series IV which was two inches wider and three inches (76 mm) longer than the III.

The G10 and G11 from 1964 were higher powered versions with 4.7 litre Ford V8 and MGB engines respectively. The G12 was a mid-engined competition car.

In 1967 the G15 was launched with Hillman Imp engine. This two seater coupé had a glass fibre body bolted to a tube chassis and used Imp rear and Triumph front suspension. Over 800 were made up to 1974 and the car was fully type approved allowing for the first time complete Ginetta cars to be sold. Eight G15s were engineered for Volkswagen engines and called the Super S.

In 1970 it was joined by the larger G21 available with 1725 cc Sunbeam Rapier or 3 litre Ford V6 engines. This was later updated to become the closed G24 or open top G23. The G19 was a Formula 3 single seater but only one was ever made.

Not quite in the tradition of the sports cars was the GRS, a large estate car based on Hillman Hunter mechanicals.

For 2007 the model line up was the G20 and GT4. The G20 is available in road, rally or race specification and the GT4 is designed for the Playstation Junior Championship for drivers aged 14 to 16.

In 2008 a road worthy G50 has been designed with the same 3.5 litre V6 as the race car. Although in race trim on the inside at the moment it will be type registered later in the year with plans to build around 300 in total.


[edit] Racing cars
The Texaco Havoline Ginetta G20 Championship represents a low cost opportunity to become involved in competitive motor racing in the Ginetta G20 race car. The Championship is a one make series updated for 2008 with sealed Ford Zetec 1.8 litre engines, sealed gearboxes and differentials. Combined with controlled tyres and suspension parts, this ensures that it is the most popular, cost effective but competitive racing series in Britain. The 2008 series is composed of 20 rounds over 10 dates as part of the support package for the British GT/Formula 3 and two stand alone Ginetta Festivals.

Also new for 2008 is Club Ginetta, which is open to any Ginetta G20 race car, whether it has had the 2008 engine upgrade or not. The cars will run on road tyres which are more durable and affordable than those used in the Texaco Havoline Ginetta Championship. Aimed specifically at the Club racer, the Club Ginetta races will be one-day events as organised by BARC over 15 rounds on 7 dates. Aimed at privateer racers rather than professional teams, the one-day format will enable those racers who do not wish to be away for a whole weekend (or more) but want to experience the thrill of racing in a Ginetta G20.

Ginetta has launched a new British sports car for 2008. Nominated the Ginetta G50, the car has been designed in-house at Ginetta’s new purpose-built factory in Leeds and is powered by a front-mid mounted Ford 3.5 litre V6 delivering 300 bhp (224 kW; 304 PS). The G50 will be a versatile race car able to race not only in its own one make championship but also in the British and European GT4 categories. It will also be eligible for numerous British & European GT categories of the like of Britcar, Spanish GT etc.

All the current Ginetta’s race series will feature at two Ginetta Festivals to celebrate 50 years of Ginetta, held at Cadwell Park on the 5 – 6 April and at Mallory Park on the 6 – 7 September.

1997 Ginetta G34In 1995 there was a company called Gin1 in Sweden (in Swedish 1 is etta) that started producing a version of the Ginetta G34 but redesigned to use Volvo engines. The company managed to get a unique deal with Volvo so they were able to buy engines from Volvo. They also managed to get it type approved, but the project folded with only 16 cars made.[1]


[edit] DARE
Confusingly there is another company producing an updated G4, as a subcontractor in the shape of Dare (Design and Research Engineering) which was founded by two of the original brothers and Trevers' son Mark in 1991. DARE came about because Martin Phaff sold the commercial rights for the G4 and G12 models to a Japanese company. Although Ginetta Cars continued to produce the G4 for Japan, they did not want to make any G12 models. Therefore, the Japanese owner asked Trevers, Ivor and Mark to build the G12. The owner to the rights of the cars was unhappy about the G4 quality and major improvement were needed. However, Ginetta Cars suddenly informed the Japanese owner that they no longer wished to make any more G4s due to their financial problem, so the Japanese approached the Walkletts for G4 production. Mark Walklett then raced a new G4R in the 750 Motor Club roadsports series with great success. DARE also went on to develop their own range of cars, the DZ and TG and both cars were received with great acclaim.

G4s are often referred to as the 'Dare G4', however there is no such model name officially existing nor authorised by the Japanese owner.


[edit] GKD
In 2005 Martin Phaff sold the rights to the Ginetta G27 to GKD Sports Cars. The G27 has since been revamped, including changes to the aerodynamics and styling of the car, and is now sold by GKD as the Evolution. The GKD Evolution had good reviews in the Kit Car magazines including car of the year 2006 from Which Kit Car magazine. The company has launched a new hard top and other upgrades that can be fitted to the original G27.

You need to be a member of Ginetta Owners Group to add comments!