Formula Atlantic began with the SCCA Formula B class, created in 1965 for single-seat formula cars with engines not exceeding 1600cc in capacity.


Formula Atlantic - Series Overview
The Cooper Tires presents the Atlantic Championship Powered by Mazda is a formula race car series with races throughout North America. It is often colloquially referred to as the Atlantic Championship, Champ Car Atlantics (after its former name), Toyota Atlantics (due to the series' previous history of using Toyota-powered engines), or just Atlantics or Formula Atlantic, although the latter two terms risk confusion with the Sports Car Club of America's amateur Formula Atlantics division. The series used to be sanctioned by the Champ Car World Series before that series ceased operations in 2008, with most of its races being support races for the Champ Car World Series. The revised schedule was released April 3, and the permanent IMSA sanction was announced June 23, 2008.

Series information
The Champ Car Atlantics series is often considered the top developmental open-wheel racing series in North America, also called a "ladder series." In 2005, a new factor was announced to solidify this reputation as the last series in which a driver will compete before moving to Champ Car, or the highest levels of sports car racing such as American Le Mans. A $2 million (US dollar) prize was announced for the winner of the 2006 racing season and future seasons, with the restriction that it can only be used towards the cost of racing in the Champ Car World Series. Simon Pagenaud became champion in 2006 and claimed the first such prize, and he promptly moved to Champ Car in 2007 to race for Walker Racing. 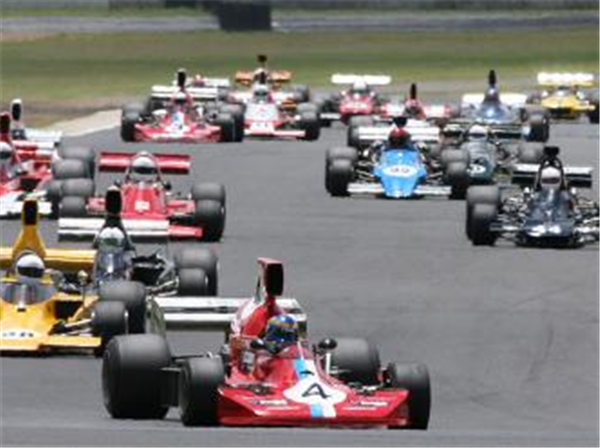 The series champion for 2007, Raphael Matos, also won the $2 million prize towards a Champ Car ride. However, he elected not to accept it as he felt that without other sponsorship, he would be driving for a non-competitive team. Matos instead accepted an offer from the Andretti Green Racing team in the developmental Firestone Indy Lights Series instead, where he was promised the chance to race in the Indy 500 and a future ride in the IndyCar Series. 2007 runner-up, Franck Perera, who finished on the podium eight times during the season and won three races ultimately signed to race with former Champ Car team Conquest Racing in the newly unified IndyCar Series.

Race equipment
Starting in 2006, the series has been run exclusively with Swift 016.a chassis powered by Mazda-Cosworth 2300cc (2.3L) DOHC inline-4 Mazda-Cosworth MZR engines producing 300 bhp. The cars are capable of speeds in excess of 175 mph. The new formula has lowered the costs of running a full Atlantic season to around $500,000-$600,000. This reduction in costs, plus the addition of the aforementioned $2 million prize, had an immediate effect on increasing the number of competitors in the series (car count), which had dwindled over the previous few seasons. For example, the 2007 season featured 30 drivers. 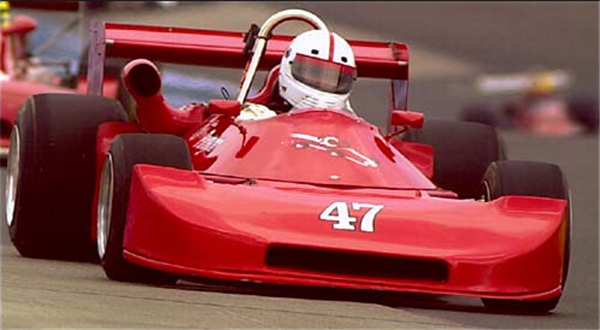 Although the series had been run on Yokohama tires since 1991, the Japanese company elected to end its relationship with the series after the 2006 series, at which point it was replaced by Cooper Tire who are also the current title sponsor for the series. History
The history of Formula Atlantic begins with the SCCA Formula B class, created in 1965 for single-seat formula cars with engines not exceeding 1600cc in capacity. Prior to Formula Atlantic, professional Formula B races were held in the United States from 1965 to 1972, firstly with the SCCA's poorly-supported Formula A, then as part of the SCCA Formula Continental Championship in 1968 (when they were largely overshadowed by the V8-powered Formula 5000 cars) and then as an independent series from 1969 to 1972.

Formula Atlantic as a class evolved in the United Kingdom in 1971 from the US Formula B rules, with 1600cc production-based twin-cam engines (initially Lotus-Ford twin-cams but then Cosworth BDA and BDD, however other engines like Alfa Romeo were also eligible). Conceived by John Webb of Brands Hatch (who would later also develop the Sports 2000 class) as a category for national competitors with the performance near a Formula Two car but running costs at or below that of a contemporary Formula Three car. A single (Yellow Pages championship ran in 1971-2, with a rival BP backed series appearing in 1973. 1974 saw the BP series changing sponsor to John Player, and the Yellow Pages series becoming backed by John Webb's MCD organisation and Southern Organs; in practice most top drivers competed in both series and there were no date clashes. Only one series ran in 1975-6, in the final year taking the title 'Indylantic and adopting Indianapolis-style single-car qualifying. But the formula was under threat from Formula 3 and no series ran in 1977-78. The series returned in 1979 with backing (for one season only) from Hitachi and continued to 1983, with diminishing grids and few new cars appearing. As a result of its similarity to Formula 2 and Formula 3 in terms of chassis regulations, Formula Atlantic typically used chassis closely related to these cars -- with performance somewhere in between the two -- so most of the manufacturers were familiar from those classes, particularly the likes of Brabham, Lotus, March, Chevron early on, with Ralt and then Reynard later. US manufacturer Swift came to displace the British imports and dominate in North America. Several smaller marques also appeared.

The first professional races run under Formula Atlantic rules in North America were conducted in 1974 by the CASC in Canada (now ASN Canada), drawing much attention and large fields due to its national CTV television coverage. IMSA in the United States took advantage of the large number of teams and organized their own series in 1976.

In 1977, the SCCA sanctioned the US events and in 1978 the CASC and SCCA series merged, and conducted the series jointly until 1983, when it ran as the Formula Mondial North American Cup; Michael Andretti won the championship. The series could not sustain the success of earlier seasons and was cancelled for 1984.

In its place a "Pacific" series was conducted exclusively on the US West Coast in 1985. This rebirth expanded to an East Coast "Atlantic" series the following year and the two ran concurrently through 1990. From 1990 to 2005, the series was sponsored by Toyota and the cars were powered by Toyota's 1600cc 4A-GE engines available in kit form from Toyota Racing Development. With the support of Toyota, the two US series were reunited into a single North American championship and have remained so to this date.

The same rules were adopted as Formula Pacific (not to be confused with the US Formula Atlantic Pacific Championship) and races were run in Australia, and New Zealand, where Formula Pacific became the top class of racing. Later the rules where changed to only allow Cosworth BD engines and the series was called Formula Mondial. For a few years the prestigious Macau Grand Prix was run to Formula Pacific rules before becoming a Formula Three race. South Africa also adopted Formula Atlantic rules, but later mandated that the cars were fitted with Mazda Wankel engines.

In recognition of the global acceptance of the formula it was briefly renamed 'Formula Mondial' in 1983, but its peak of international popularity was some years past.

The latest in a long line of television celebrities to enter this series - starting with D*** Smothers at the very first race in 1968[7] - was Frankie Muniz of the Fox Network comedy "Malcolm in the Middle", making his debut in 2007. Sharing the dream of many American open wheel racers, Muniz stated his intention to use Champ Car Atlantics as a direct path to racing in the Champ Car World Series.

On October 31st, 2008, an official announcement was made that the Atlantic Championship series had been purchased by Ben Johnston, an Atlanta area businessman and one-time Atlantic racer.[9] At the same time, Mazda and Cooper Tires also announced a continuing commitment to the series.

You need to be a member of Formula Atlantic Group to add comments!

Comment by Scott Smith on March 6, 2009 at 3:30pm
I'm sure it will be fixed in no time. I'm not sure how long it has been down, but I noticed it last night. Things just happen sometimes and can be very frustrating.

Comment by Scott Smith on March 6, 2009 at 2:08pm
Thanks for the update. Hopefully it won't be much longer.
I know first hand about these "temporary disruptions".