Post pictures and videos and find vintage race events in your area. Locate apparel, parts and services and commune with fellow Camaro owners.

The Chevrolet Camaro is a pony car manufactured by the Chevrolet division of General Motors. It went on sale on September 29, 1966 for the 1967 model year and was designed as a competing model to the Ford Mustang. The car shared the platform and major components with the Pontiac Firebird, also introduced for 1967. Four distinct generations of the car were produced before production ended in 2002. A new fifth-generation Camaro will roll off assembly lines in spring of 2009.

Origin
Before any official announcement, reports began running in April 1965 within the automotive press that Chevrolet was preparing a competitor to the Ford Mustang, code-named Panther. On June 21, 1966, around 200 automotive journalists received a telegram from General Motors stating, "...Please save noon of June 28 for important SEPAW meeting. Hope you can be on hand to help scratch a cat. Details will follow...(signed) John L. Cutter – Chevrolet Public Relations – SEPAW Secretary." The following day, the same journalists received another General Motors telegram stating, "Society for the Eradication of Panthers from the Automotive World will hold first and last meeting on June 28...(signed) John L. Cutter – Chevrolet Public Relations SEPAW Secretary." These telegrams puzzled the industry.

On June 28, 1966, General Motors held a live press conference in Detroit’s Statler-Hilton Hotel. It would be the first time in history that 14 cities were hooked up in real time for a press conference via telephone lines. Chevrolet General Manager Pete Estes started the new conferences stating that all attendees of the conferences were charter members of the Society for the Elimination of Panthers from the Automotive World and that this would be the first and last meeting of SEPAW. Estes then announced a new car line, project designation XP-836, with a name that Chevrolet chose in keeping with other car names beginning with the letter C such as the Corvair, Chevelle, Chevy II, and Corvette. He claimed the name, "suggests the comradeship of good friends as a personal car should be to its owner" and that "to us, the name means just what we think the car will do... Go!" The new Camaro name was then unveiled. Automotive press asked Chevrolet product managers, "What is a Camaro?" and were told it was "a small, vicious animal that eats Mustangs."

The Camaro was first shown at a press preview in Detroit, Michigan on September 12, 1966 and then later in Los Angeles, California on September 19, 1966. The Camaro officially went on sale in dealerships on September 29, 1966 for the 1967 model year.

First generation
Main article: First-generation Chevrolet Camaro
The first-generation Chevrolet Camaro debuted in September 1966, for the 1967 model year, up to 1969 on a brand new rear-wheel drive GM F-body platform and would be available as a 2-door, 2+2 seating, coupe or convertible with a choice of inline-6 and 302 cu in (4.9 L), 307 cu in (5.0 L), 327 cu in (5.4 L), 350 cu in (5.7 L), or 396 cu in (6.5 L) V8 powerplants. Concerned with the runaway success of the Ford Mustang, Chevrolet executives realized that their compact sporty car, the Corvair, would not be able to generate the sales volume of the Mustang due to its radical rear-engine design, as well as declining sales, partly due to bad publicity from Ralph Nader's book, Unsafe at Any Speed. Therefore, the Camaro was touted as having the same conventional rear-drive, front-engine configuration as Mustang and Chevy II. In addition, the Camaro was designed to fit a variety of power plants in the engine bay. The first-generation Camaro would last until the 1969 model year and would eventually inspire the design of the new retro fifth-generation Camaro.

Second generation
Main article: Second-generation Chevrolet Camaro
Introduced in February 1970, the second-generation Chevrolet Camaro would be in production for a total of 11 years. The car grew somewhat larger and wider with the new styling, thus resulting in a heavier car. Still based on the F-body platform, the new Camaro was engineered much like its predecessor in that it still used a unibody structure with a front subframe, leaf springs in the back and A-arms up front for suspension. The car would see major changes in both styling and performance as time progressed from the introduction through the end of second-generation production in 1981.

Third generation
Main article: Third-generation Chevrolet Camaro
The third-generation Chevrolet Camaro was introduced for the 1982 model year. It continued to use General Motors' F-body platform and would produce a "20th Anniversary Commemorative Edition" for 1987 and a "25th Anniversary Heritage Edition" for 1992. These were also the first Camaros with throttle body fuel injection, Turbo-Hydramatic 700R4 four-speed automatic transmissions, five-speed manual transmissions, 15 inch or 16-inch wheels, hatchback bodies, and a rear window third brake light. It was during the third generation that the famous IROC-Z Camaro (International Race Of Champions) was available, which included upgrades such as Performance Suspension and 16-inch Z rated tires.
The third-generation Camaros would continue through the 1992 model year.

Fourth generation
Main article: Fourth-generation Chevrolet Camaro
The fourth-generation Chevrolet Camaro debuted for the 1993 model year on an updated F-body platform. It would retain the same characteristics since the first-generation's introduction back in 1967; 2-doors, 2+2 seating, available as a coupé (with optional T-top roof) or convertible (with the latter introduced in 1994), rear-wheel drive, and a choice of V6 and V8 powerplants. Options included the 3.4 L (207 cu in) 160 hp (119 kW) V6 (changed to 3.8 L (232 cu in) 200 hp (149 kW) V6 in mid-1995) and the LT1 V8 engine (350 CID) 5.7 L V8 with 275hp (flywheel rated) that had been introduced in the Corvette one year earlier, as well as an optional six-speed manual transmission.(The motor was later rated at 285hp) The 1997 model year introduced a newer interior, while the 1998 model year was refreshed and revised with both exterior and engine changes. The engine was replaced with GM's all-aluminum LS1 (346 CID) which had been introduced with the Corvette C5.

The fourth-gen Camaro would last up through the 2002 model year, marking 35 years of continuous production. Production of the F-Body platform was stopped due to slow sales, a deteriorated sports coupe market, and plant overcapacity.

Racing
Please help improve this article or section by expanding it. Further information might be found on the talk page or at requests for expansion. (August 2007)

Trans-Am racing in the early 1970s.The Camaro was one of the prominent vehicles in the SCCA-sanctioned Trans-Am Series. Chevrolet contracted Roger Penske to operate their "unofficial" factory-backed Trans Am team, winning the title in 1968 and 1969 with Mark Donohue. Jim Hall's Chararral team replaced Penske for the 1970 season. Warren Agor of Rochester, NY, was the series' leading Camaro privateer, his orange #13's often jousting with the factory cars. Maurice Carter of car dealer Maurice Carter Chevrolet-Oldsmobile in Hamilton, Ontario, Canada took a new Camaro off his lot and entered the 1970 Trans-Am Series. Carter earned the highest placed Canadian independent driver score of all the Trans-Am racers. Camaro were in use in Trans-Am until the late 1990s and won further titles in 1991, 1992, 1993, 1994, and 1998.

The Camaro was the official car of and used in the International Race of Champions starting in 1975 and lasting for 12 years until 1989. It was the first American car of the series succeeding the Porsche Carrera RSR.

Appearances in popular culture
Bumblebee depicted as a 1976 and 5th-gen Camaro.
The Camaro is referred to in songs such as "The IROC-Z Song" by The High Speed Scene, "Camaro Man" by Blue Meanies, "B******' Camaro" by Dead Milkmen, "Go Lil' Camaro Go" by The Ramones, "Camaro" by Kings of Leon, "The List" by Metric, "Wishlist" by Pearl Jam, "Teenage Dirtbag" by Wheatus, "Kountry Gentleman" by Family Force 5, "Aldemaro en su Camaro" by Los Amigos Invisibles and "Ego Booster" by Astrosoniq. Bruce Springsteen, a lifelong fan of Chevrolets, refers to the Camaro in "Racing In The Streets".

The Camaro has also made several notable appearances in film. One of the most popular movie Camaros was a black 1967 model driven by actor John Cusack in the 1985 film Better Off Dead.

Top Gear's American fly-drive special featured a 1989 Camaro RS, bought by presenter Jeremy Clarkson for US$800 in Miami. During the filming, Clarkson became rather attached to the car, at one point stating that "I'd rather be in this now than an Enzo."

In the music video for the Metalica song I Disappear, James Hetfield is seen driving/jumping a black 1967 Camaro in Los Angeles.

You need to be a member of Camaro Owners Group to add comments! 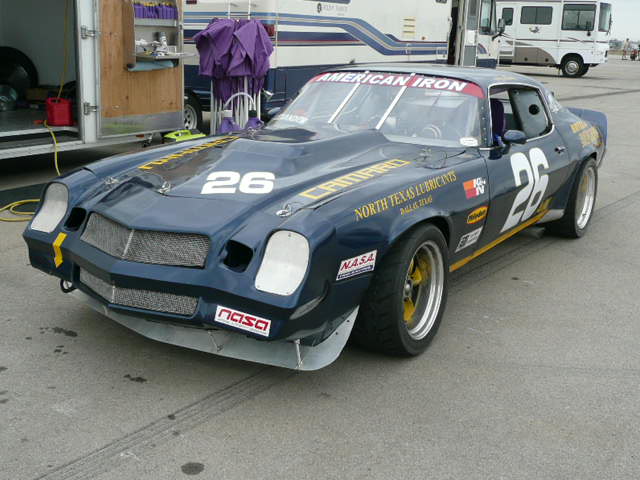 Really looks nice!  What motor/trans conbination is he putting in it?

Comment by Eric Allen on February 25, 2011 at 9:45am
I'll put an album together. All these are on that first link though. The Truck advertising is just embedded around the 'Yenko" Clone 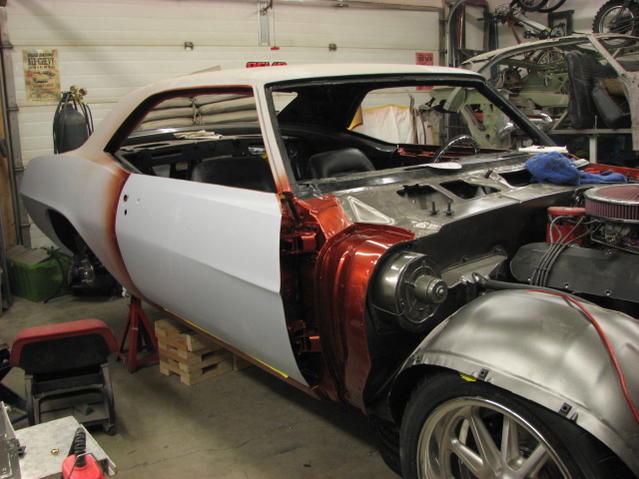 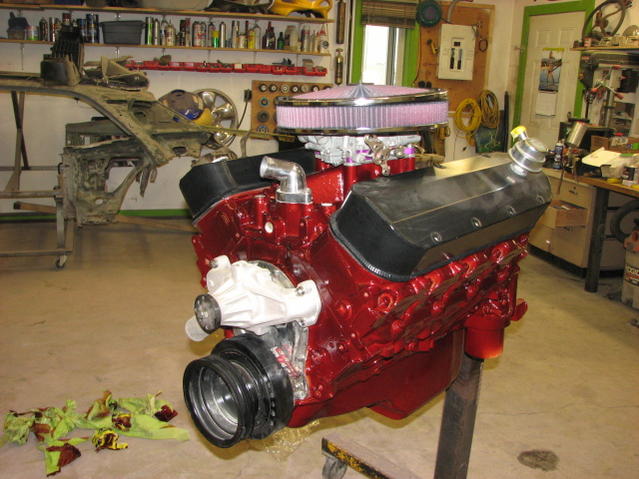 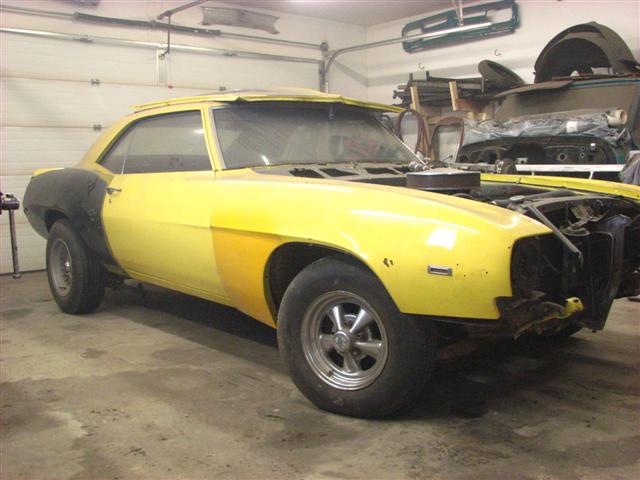 Here is his Camaro running before the rebuild. Lots of Torque!

Comment by Craig Williams on February 25, 2011 at 9:01am
Eric, post some pics on this site. I'm clicking the link and getting directed to a site for 76-72 chevy trucks.