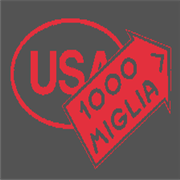 For 19 years, the California Mille has celebrated the best of Italian culture, history and motoring. Martin Swig, Director: 415.479.9950 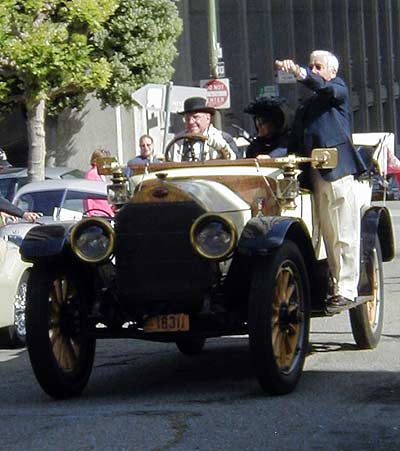 For 19 years, the California Mille – under written and binding authorization from the previous Mille Miglia committee – has celebrated the best of Italian culture, history and motoring. Preceding the Mille’s departure there will be a two-day festa Italiana in front of the Fairmont Hotel, with a Dolce Vita day of Italian food, wine and culture on Saturday afternoon and evening, 25 April, and our annual open display of California Mille cars and Palo Alto Concours classics on Sunday afternoon, 26 April. 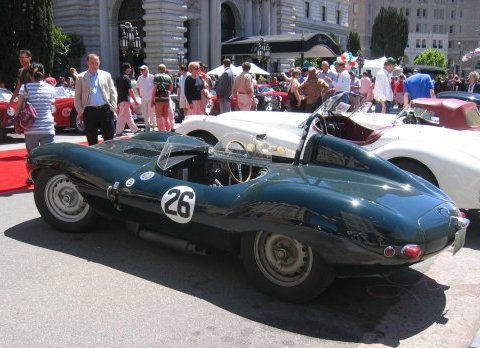 Previous Years:
2008 California Mille: Allowed Car Entires: When the first Mille Miglia revival was held in 1982, cars were only 25 years old. Now, they’re 51! So we’ve decided to allow a very few post ’57 cars each year, as long as they’re fundamentally the same design as a ‘57 or earlier predecessor. For example, this will make all 356’s and Alfa Guilia’s eligible for consideration. But it won’t help Jaguar XK-E’s – they’re so obviously a next-generation car. Last Night of the 2008 Mille: A surprise is in store on the last night of the 2008 Mille. On that day, May 1, 2008, a fine new lodge, in a spectacular location, is opening near Sausalito. It’s Cavallopoint – the Lodge at the Golden Gate. 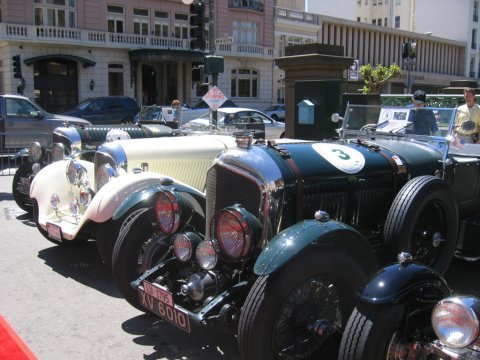 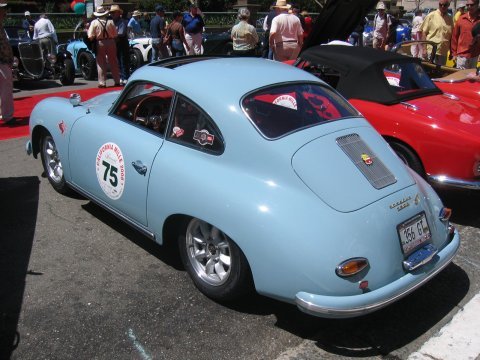 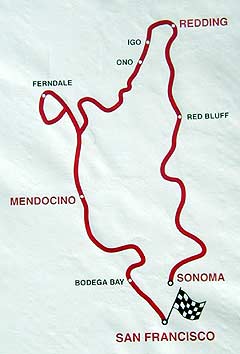 You need to be a member of California Mille to add comments!

Comment by Bob Debell on June 14, 2009 at 3:01am
We have driven a total of 3250 miles without a cross word, in spite of spending over 45 hours confined within the small and noisy cockpit of a 13 year old Alfa Romeo Spider. Now we are relaxing and editing the 2000 photographs we took of the cars and accompanying spectators in the Mille Miglia regulation rally.
We crossed 8 countries, drove round more than 100 hairpin bends in the Alps, rose to 8600 feet above sea level. The objective of the trip was to raise funds for Vila Maninga in Mozambique. So far £525 has been raised.
Now that we have the photographs, the story of the trip, and the feel of the incredible aura of the rally itself, we will happily make a fully illustrated presentation to any group or club in return for a donation to the charity.
The day of the rally dawned with sunshine and a relaxed start. The next part of the day took me completely by surprise. The atmosphere defies words, you could say there was electricity in the air, or that there is magnetism about it, or that it has an aura of its own. But none of these justly describe the feel of the event. Every tiny lay-by, every bit of gravel, every flat grass verge along the road is occupied. Barbecues, picnics, merrymaking at every turn. Every car that passes blows its horn the drivers wave and shout. Just being there was extraordinary, a 5 day party 1000 miles long. The finale in Tuscany was such good fun that we are thinking of doing it again next year, this time as a group trip involving other classic car enthusiasts [contact me if you would like to join us].
See some of our pictures at http://www.flickr.com/photos/bob_debell/ . More will follow. If you enjoy the pictures, please make a donation at http://www.justgiving.com/robertdebell . Bob Debell.

Comment by Stephen Page on February 5, 2009 at 5:06pm
AN OPEN LETTER TO THE MOTORING MEDIA AND CALIFORNIA MILLE FANS

IN A RECENT ISSUE OF THE ROBB REPORT the president of the new organizing committee for the Mille Miglia is quoted as saying that, “We are hoping to bring Italian lifestyle to everyone, and the Mille Miglia could be a diamond in a series of high-end presentations of fashion, food and wine...”

The California Mille can warmly support their good intentions.

For 19 years, the California Mille – under written and binding authorization from the previous Mille Miglia committee – has celebrated the best of Italian culture, history and motoring.

The Robb Report goes on to mention the possibility of a mini-Mille Miglia through the streets of Manhattan! They’re even considering, says the Report, “…a California tour using ...that amazing Highway l that runs along the Pacific.”

At the risk of our being too forward, the organizing committee should be aware that the California Mille pioneered that “amazing run along the Pacific “ for classic race cars, bringing more that l500 historic vehicles to the most scenic parts of Highway 1 and countless back roads of Central and Northern California.

Since the narrow Highway 1 may not be large enough to accommodate
two Milles, the California Mille will be happy to direct these newcomers to other
roads where, the spirit of competition can prevail.

Branding and marketing products seems to be the hallmark of the new Mille Miglia committee.

The hallmark of the California Mille is simply – motoring. For almost two decades, our nonprofit event has focused on the pure pleasure of driving cars that could have qualified for the original 1927-1957 Mille Miglia.

Our plan is to continue to focus on motoring over marketing, and bring our event to drivers, fans and the people of California who love the history and culture of Italy – whether products are purchased or not.