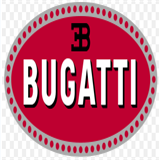 Bugatti is legendary for producing some of the world's most exclusive cars in and fastest cars. The company's success culminated with driver Jean-Pierre Wimille winning the 24 hours of Le Mans twice (in 1937 and 1939).

Bugatti was founded in Molsheim, France, as a manufacturer of high performance automobiles by Ettore Bugatti, an Italian man described as an eccentric genius.

The original company is legendary for producing some of the most exclusive cars in the world as well as some of the fastest. The original Bugatti brand failed with the coming of World War II, like many high-end marques of the time. The death of Ettore's son Jean was also a contributory factor. The company struggled financially into the 1960s eventually being purchased for its airplane parts business. Today the name is owned by Volkswagen AG who have revived it as a builder of very limited production sports cars.

Under Ettore Bugatti
Type 35C (1926), painted in the blue racing colour of France.
Founder Ettore Bugatti was born in Milan, Italy, and the automobile company that bears his name was founded in Molsheim a town in the Alsace region of France. The company was known for both the level of detail of its engineering in its automobiles, as well for the artistic way in which the designs were executed, given the artistic nature of Ettore's family (his father, Carlo Bugatti (1856–1940), was an important Art Nouveau furniture and jewelry designer). The company also enjoyed great success in early Grand Prix motor racing, winning the first ever Monaco Grand Prix. The company's success culminated with driver Jean-Pierre Wimille winning the 24 hours of Le Mans twice (in 1937 with Robert Benoist and 1939 with Pierre Veyron).

Design
Bugatti's doors were as much works of art as they were mechanical creations. Engine blocks were hand scraped to ensure that the surfaces were so flat that gaskets were not required for sealing, to engine turned finishes on many of the exposed surfaces of the engine compartment, and safety wires threaded through almost every fastener in intricately laced patterns. Rather than bolt the springs to the axles as most manufacturers did, Bugatti's axles were forged such that the spring passed though a carefully sized opening in the axle, a much more elegant solution requiring fewer parts. He regarded his arch competitor Bentley's cars as "the world's fastest trucks" for focusing on durability. According to Bugatti, weight was the enemy. Bugatti’s inspiring creations attracted many people from other fields of interest, like Arlen Ness who created a motorcycle, called “Smooth-Ness”, with the Bugatti style. He was inspired by the smoothness of a bronze casting of a Bugatti automobile.

Models
Only a few examples of each of Ettore Bugatti's vehicles were ever produced, the most famous being the Type 35 Grand Prix cars, the "Royale", the Type 57 "Atlantic" and the Type 55 sports car.

Throughout the production run of approximately 7,900 cars (of which about 2,000 still exist), each Bugatti model was designated with the prefix T for Type, which referred to the chassis and drive train.

During the war Bugatti worked at Levallois on several new projects, including the Type 73 road car, Type 73C single seater racing car (5 built), and the Type 75. After World War II, a 375 cc supercharged car was canceled when Ettore died.

Racing success
Bugatti cars were extremely successful in racing, with many thousands of victories in just a few decades. The little Bugatti Type 10 swept the top four positions at its first race. The 1924 Bugatti Type 35 is probably the most successful racing car of all time with over 2,000 wins. Bugattis swept to victory in the Targa Florio for five years straight from 1925 through 1929. Louis Chiron held the most podiums in Bugatti cars, and the 21st century Bugatti company remembered him with a concept car named in his honour. But it was the final racing success at Le Mans that is most remembered—Jean-Pierre Wimille and Pierre Veyron won the 1939 race with just one car and meagre resources.

* The World Constructors' Championship was not awarded before 1958.

The end
Ettore Bugatti also designed a successful motorised railcar, the Autorail, and an airplane, which never flew. His son, Jean Bugatti, was killed on August 11, 1939 at the age of 30, while testing a Type 57 tank-bodied race car near the Molsheim factory. Subsequently the company's fortunes began to decline. World War II ruined the factory in Molsheim, and the company lost control of the property. During the war, Bugatti planned a new factory at Levallois in Paris and designed a series of new cars. Ettore Bugatti died on August 21, 1947.

The company attempted a comeback under Roland Bugatti in the mid-1950s with the mid-engined Type 251 race car. Designed with help from famed Alfa Romeo, Ferrari, and Maserati designer Gioacchino Colombo, the car failed to perform to expectations and the company's attempts at automobile production were halted.

In the 1960s, Virgil Exner designed a Bugatti as part of his "Revival Cars" project. A show version of this car was actually built by Ghia using the last Bugatti Type 101 chassis and was shown at the 1965 Turin Motor Show. Finance was not forthcoming and Exner then turned his attention to a revival of Stutz.

Bugatti continued producing airplane parts and was sold to Hispano-Suiza (another auto maker turned aircraft supplier) in 1963. Snecma took over in 1968, later acquiring Messier. The two were merged into Messier-Bugatti in 1977.

By 1989, the plans for the new Bugatti-revival were presented by Paolo Stanzani and Marcello Gandini, famous designers of the Lamborghini Miura and Countach. The first completed car was labelled the Bugatti EB110 GT, advertised as the most technically advanced sports car ever produced.

On August 27, 1993, through his holding company, ACBN Holdings S.A. of Luxembourg, Romano Artioli purchased the Lotus car company from General Motors. The acquisition brought together two of the greatest historical names in automotive racing and plans were made for listing the company's shares on international stock exchanges. Bugatti also presented in 1993 the prototype of a large sedan called the EB 112.

By the time the EB110 came to market the North American and European economies were in recession and operations ceased in September 1995. A model specific to the United States market called the "Bugatti America" was in the preparatory stages when the company closed. Bugatti's liquidators sold Lotus to Proton of Malaysia.

In 1997, German manufacturer Dauer Racing bought the EB110 license and remaining parts stock to Bugatti in order to produce five more EB110 SS units, although they were greatly refined by Dauer. The factory was later sold to a furniture making company, which also collapsed before they were able to move in. The factory still remains unoccupied to this day.

Perhaps the most famous Bugatti EB110 owner is racing driver Michael Schumacher, 7 times Formula One world champion. Despite later racing for Ferrari, he still retained the EB110 he acquired while racing for the Benetton team. In 2003 Schumacher sold the car -repaired after a severe crash in 1994, the same year of purchase- to Modena Motorsport, a Ferrari service and race preparation garage in Germany.

Bugatti Automobiles SAS
Veyron 16.4
Volkswagen AG purchased the rights to produce cars under the Bugatti marque in 1998. They commissioned ItalDesign to produce the Bugatti EB118 concept, a touring sedan which featured a 555 hp DIN (408 kW) output and the first W-configuration 18-cylinder engine in any passenger vehicle, at the Paris Auto Show.

Independent press tests have reported many failures (three out of five cars notionally available for testing in November 2005 were out of service), but the Veyron prototypes were put through the same grueling regimen as other Volkswagen group models, with each pre-production car logging over 50,000 miles. This car comes in many different color combinations, including red and black, blue and dark blue, grey and black, and so on.

You need to be a member of Bugatti Owners Group to add comments!

Comment by Stephen Page on August 25, 2010 at 3:11pm
Hi Christorpher
Thank you for sharing these treasures.
We will not copy or use anywhere else.
Warmest regards - Stephen Page
Chairman
The VRL 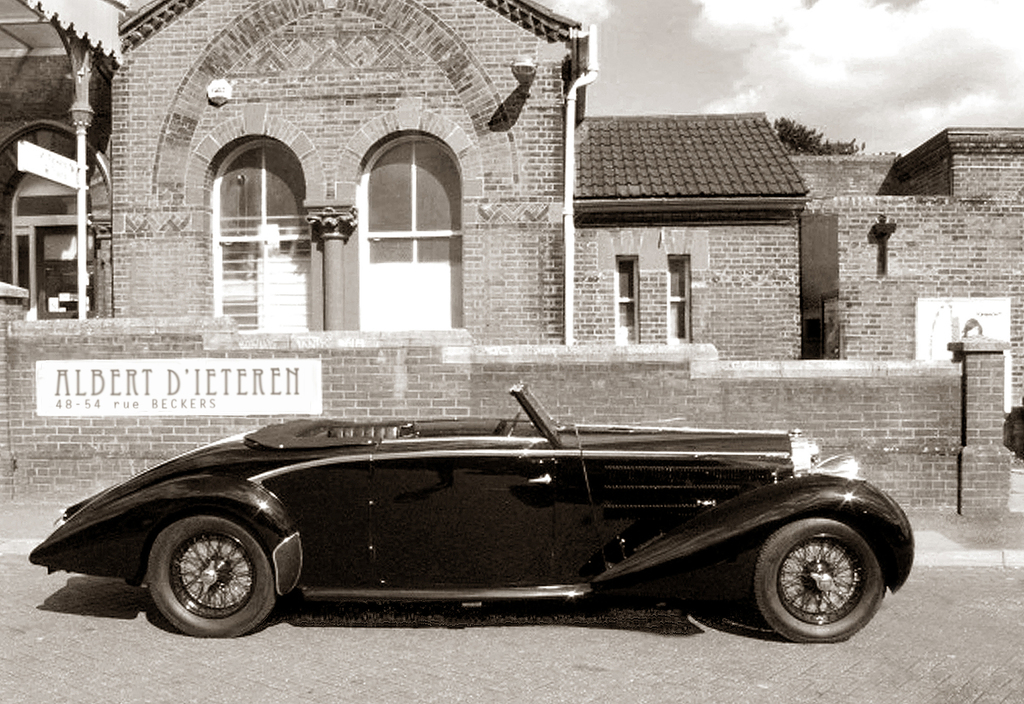 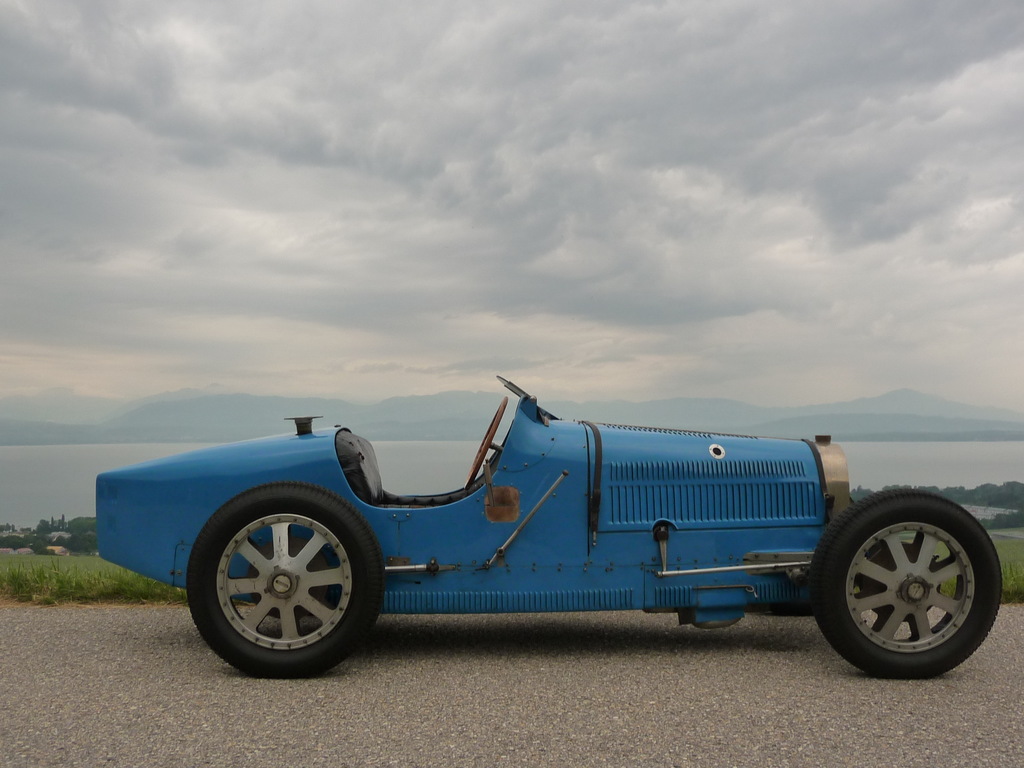