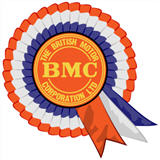 The British Motor Corporation (BMC) was formed by the merger of the Austin Motor Company and Nuffield (Morris, MG, Riley and Wolseley) in 1952. 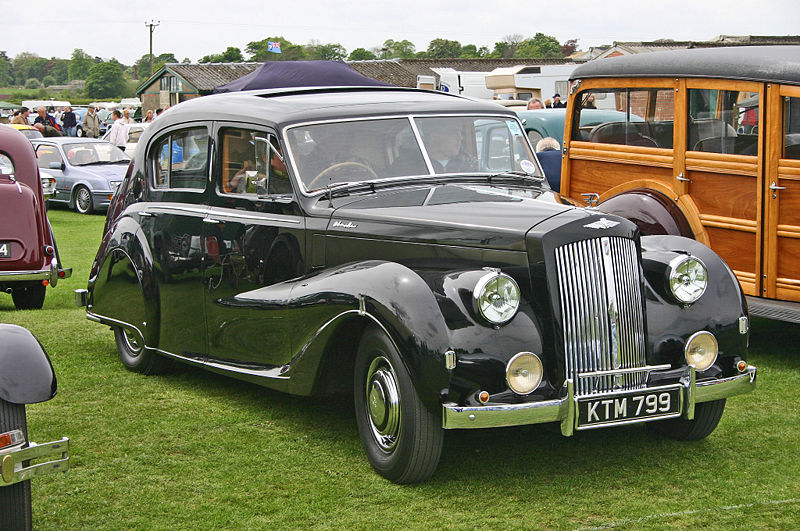 The British Motor Corporation (BMC) was a UK vehicle company, formed by the merger of the Austin Motor Company and the Nuffield Organisation (parent of the Morris car company, MG, Riley and Wolseley) in 1952. 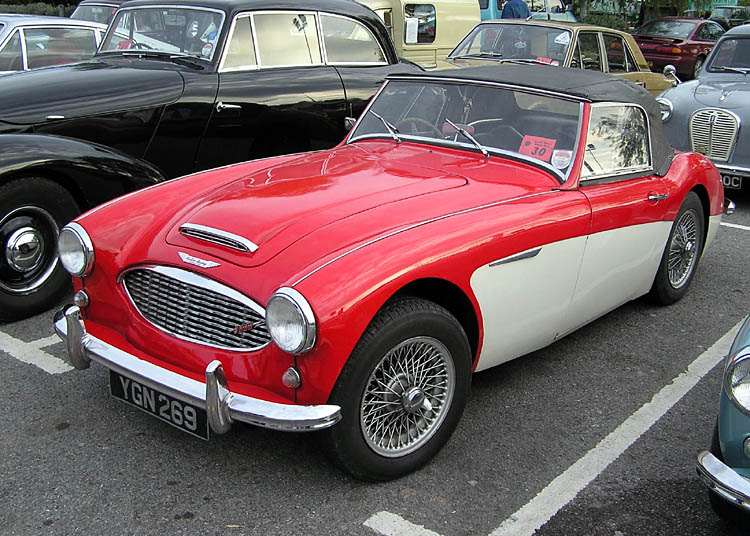 Organisation
BMC was the largest British car company of its day, with (in 1952) 39 percent of British output, producing a wide range of cars under brand names including Austin, Morris, MG, Austin-Healey, Wolseley as well as commercial vehicles and agricultural tractors. The first chairman was Lord Nuffield (William Morris) but he was replaced in August 1952 by Austin's Leonard Lord who continued in that role until his 65th birthday in 1961 but handing over, in theory at least, the managing director responsibilities to his deputy George Harriman in 1956. 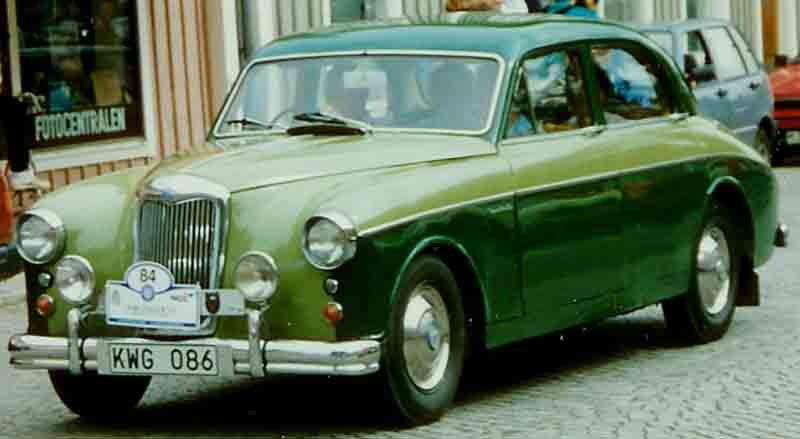 BMC's headquarters were at the Austin plant at Longbridge, near Birmingham and Austin was the dominant partner in the group mainly because of the chairman. The use of Morris engine designs was dropped within 3 years and all new car designs were coded ADO from "Austin Drawing Office". The Longbridge plant was up to date, having been thoroughly modernised in 1951, and compared very favourably with Nuffield's 16 different and often old fashioned factories scattered over the English Midlands. Austin's management systems however, especially cost control and marketing were not as good as Nuffield's and as the market changed from a shortage of cars to competition this was to tell. The biggest selling car, the Mini, was famously analysed by Ford Motor Company who concluded that BMC were losing £30 on every one sold. The result was that although volumes held up well throughout the BMC era, market share fell as did profitability and hence investment in new models, resulting eventually in the merger with Leyland Motor Corporation. 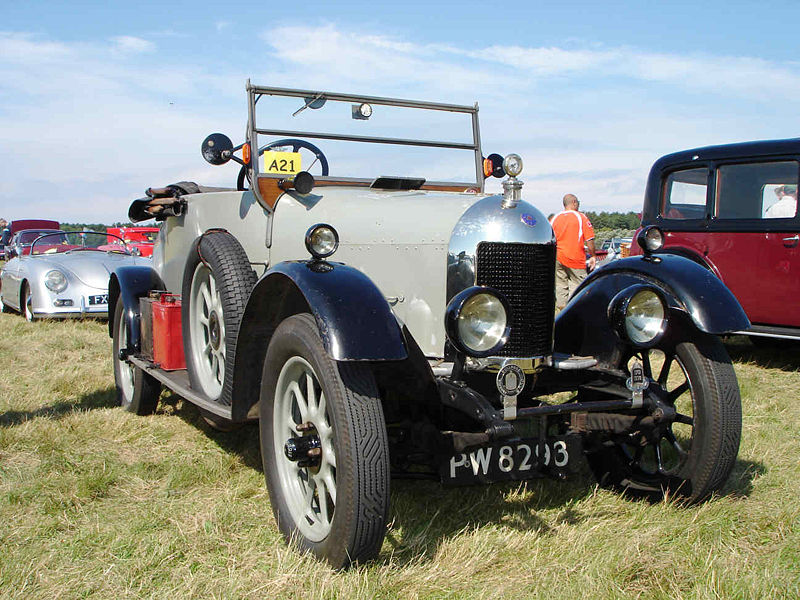 At the time of the mergers, there was a well established dealership network for each of the marques. Among the car-buying British public there was a tendency of loyalty to a particular marque and marques appealed to different market segments. This meant that marques competed against each other in some areas, though some marques had a larger range than others. The Riley and Wolseley models were selling in very small numbers. Styling was also getting distinctly old fashioned and this caused Leonard Lord, in an unusual move for him, to call upon the services of an external stylist. 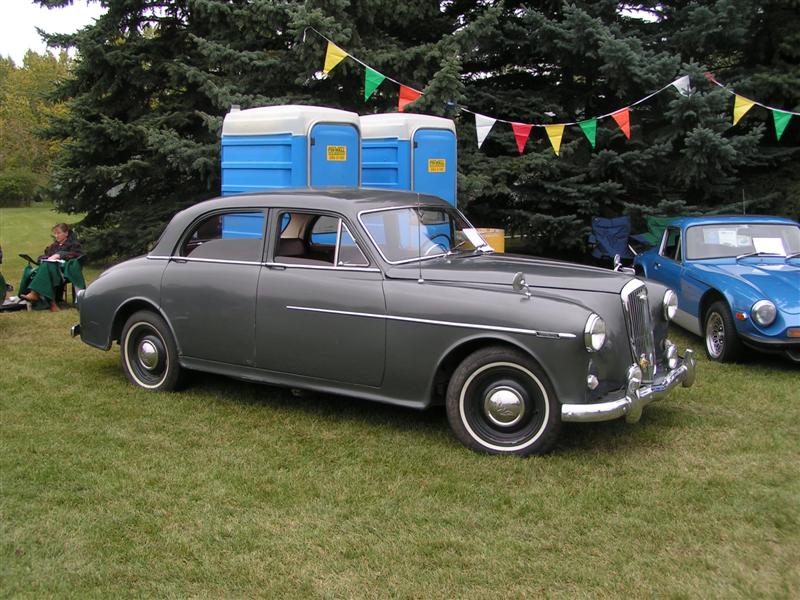 BMC Farina
In 1958, BMC hired Battista Farina to redesign its entire car line. This resulted in the creation of three "Farina" saloons, each of which was badge-engineered to fit the various BMC car lines: The compact Farina model bowed in 1958 with the Austin A40 Farina. This is considered by many to be the first mass produced hatchback car: a small estate version was produced with a horizontally split tailgate, its size and configuration would today be considered that of a small hatchback. A Mark II A40 Farina appeared in 1961 and was produced through 1967. These small cars used the A-Series engine. The mid-sized Farinas were launched in 1958 with the Wolseley 15/60. Other members of the group included the Riley 4/68, Austin A55 Cambridge Mk. II, MG Magnette Mk. III, and Morris Oxford V. Later, the design was licensed in Argentina and produced as the Di Tella 1500/Traveller/Argenta. The mid-size cars used the B-Series straight-4 engine.

Most of these cars lasted until 1961, though the Di Tellas remained until 1965. They were replaced with a new Farina body style and most were renamed. These were the Austin A60 Cambridge, MG Magnette Mk. IV, Morris Oxford VI, Riley 4/72, and Wolseley 16/60. These mostly remained in production until 1968, with no rear wheel drive replacement produced. 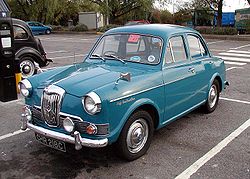 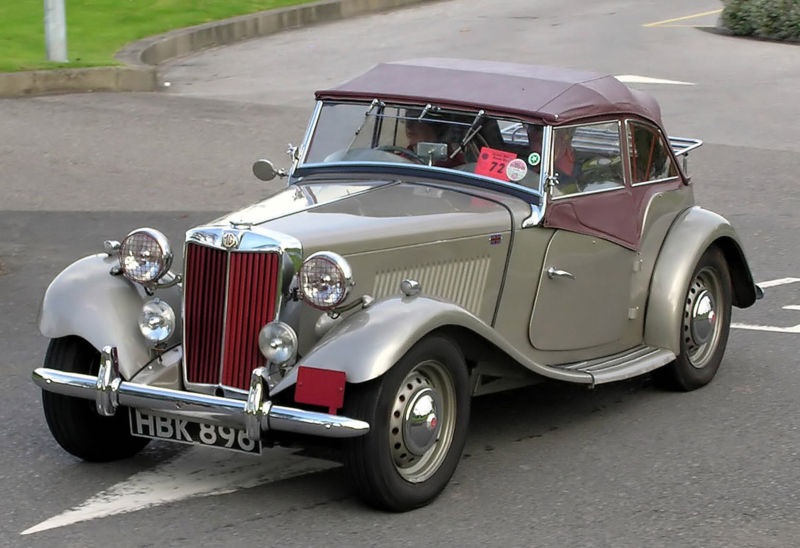 BMC Project Numbers
A 1953 Morris Minor
A 1966 MGBMost BMC projects followed the earlier Austin practice of describing vehicles with an 'ADO' number (which stands for 'Austin Design Office'). Hence cars that had more than one marque name (eg Austin Se7en and Morris Mini Minor) would have the same ADO number. Given the often complex badge-engineering that BMC undertook, it is common amongst enthusiasts to use the ADO number when referring to vehicles as a single design (for example, saying 'The ADO15 entered production in 1959'- this encompasses the fact that when launched, the ADO15 was marketed as both the Morris Mini Minor and the Austin Seven). The ADO numbers used were as follows: 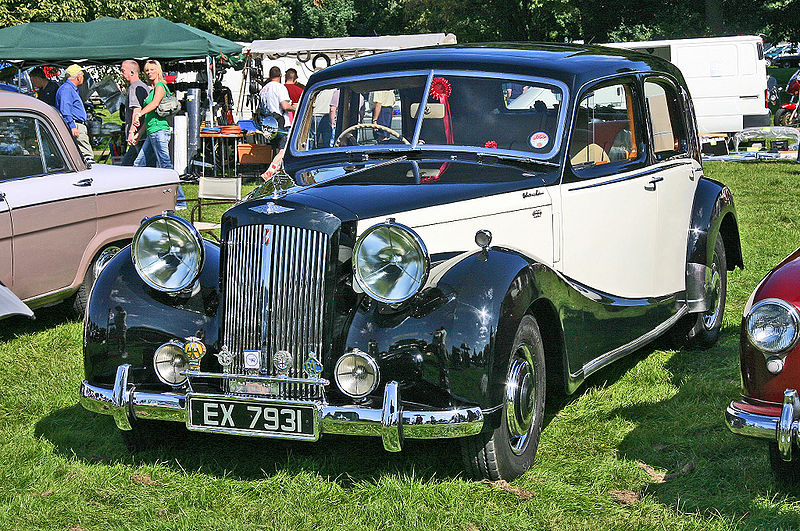 BMC Commercial Vehicles
Most BMC era commercial vehicles were sold as Morris but there were sometimes Austin equivalents. Radiator badges on the larger vehicles were often BMC. 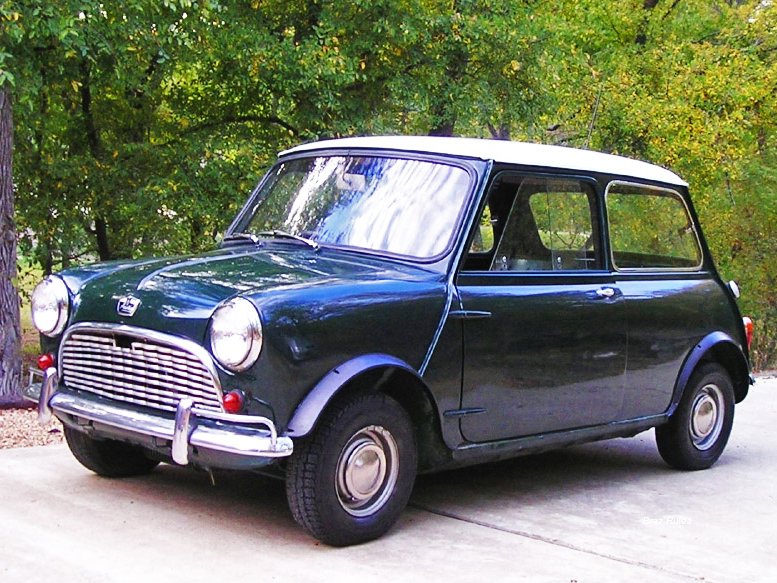 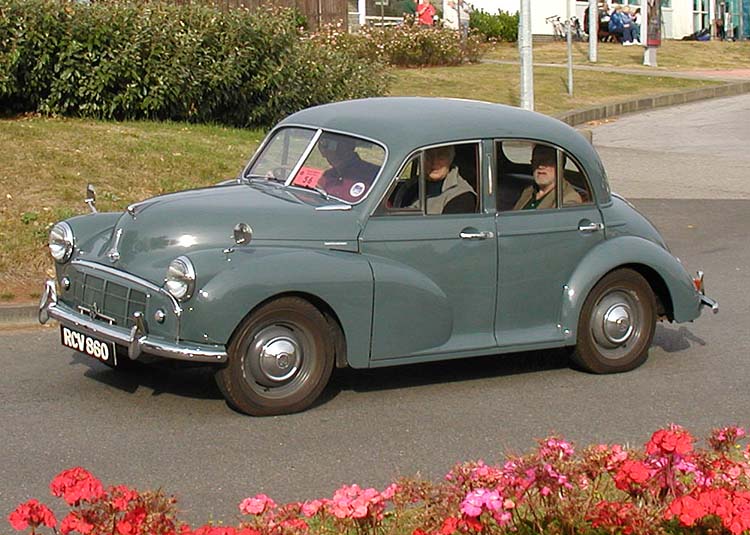 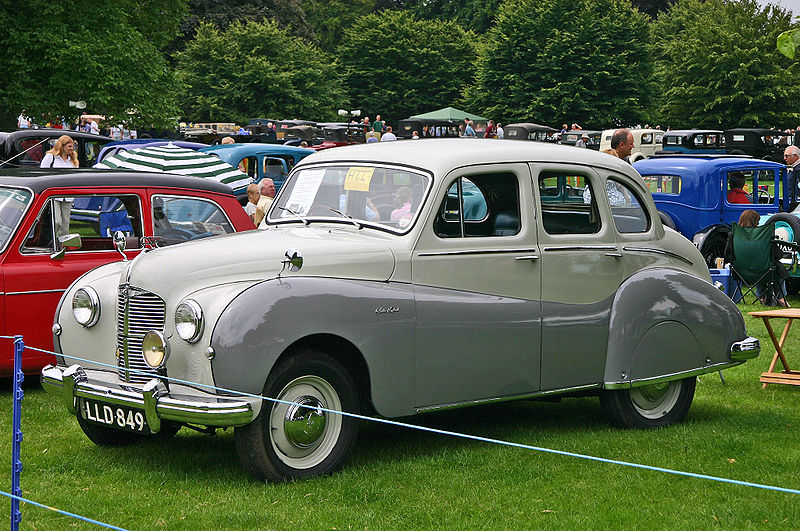 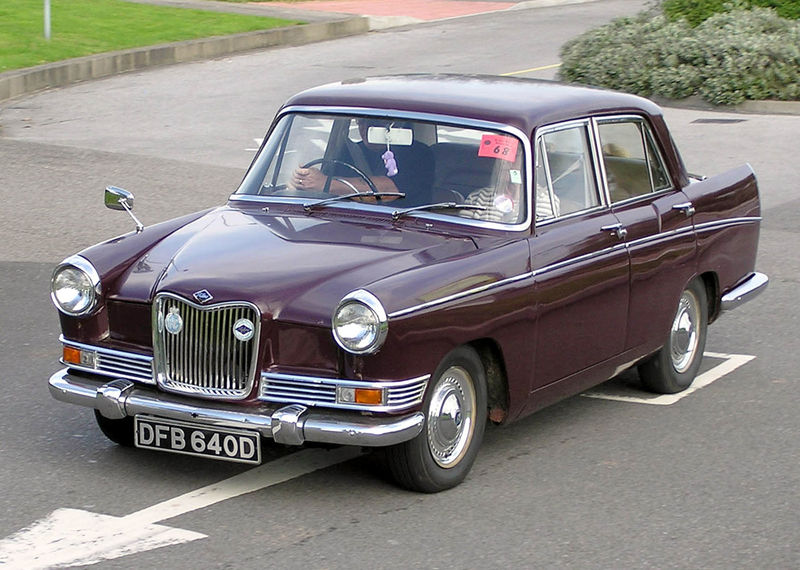 BMC abroad
In the 1950s and the 1960s, BMC set-up twenty-one plants overseas, some as subsidiaries, and some as joint ventures, to assemble their vehicles.One was British Motor Corporation (Australia) who were established at the Nuffield Aust site on the one time Victoria Park horse racetrack in Sydney. This facility went from a marshalling area for fully imported Morris cars (Austins were up until then being assembled in Melbourne, Victoria from an earlier Austin Motors establishment), to a facility for making CKD cars, to the total local fabrication and construction of vehicles, engines, and mechanicals.

Denmark was a particularly strong market for BMC products in Europe. In the post-war period, the Danish government closely regulated exports and imports to maintain the country's balance of trade. High-value imports such as cars were heavily taxed. Britain bought large amounts of agricultural and meat produce from Denmark, and in response British cars were subject to a much lower import tax than cars from other countries, making BMC products very popular in the country until the 1970s, when these regulations were relaxed.

The end of BMC
In 1966 BMC and Pressed Steel merged with Jaguar Cars to form British Motor Holdings (BMH). In 1968 there was a further wave of mergers in the British car industry, and BMH merged with the Leyland Motor Corporation (LMC) to form the British Leyland Motor Corporation (BLMC), the original BMC mass-production, and MG sports car products being brought together into the Austin Morris division of the new organisation. In 1975 BLMC was nationalised and became British Leyland Limited.

In 2002, BMC (Turkey), a Turkish commercial vehicle builder, originally set up by the British Motor Corporation to build their designs under license in the 1950s, began exporting its vehicles to Britain, This saw the return of the BMC brand to British roads for the first time in over 40 years.

You need to be a member of BMC/British Sports Car Owners Group to add comments!

Hi guys! Masochistic owner of an early '73 MGB/GT here; just joined the group. My MG, "Charlotte", even has her own blog, "Charlotte's Web", at: mgbgt.posterous.com