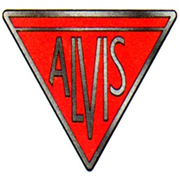 Alvis cars were produced by the manufacturer Alvis Car and Engineering Company Ltd of Coventry, United Kingdom from 1919 to 1967. 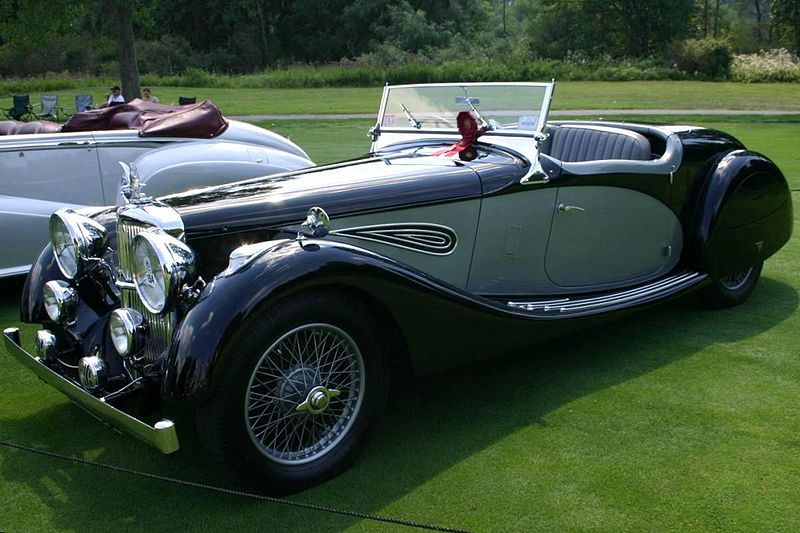 Alvis cars were produced by the manufacturer Alvis Car and Engineering Company Ltd of Coventry, United Kingdom from 1919 to 1967. The company also produced aero-engines and military vehicles, the latter continuing long after car production ceased.

History
Beginnings The original company, TG John and Co. Ltd., was founded in 1919. Its first products were stationary engines, carburettor bodies and motorscooters. The company's founder T.G. John was approached by Geoffrey de Freville with designs for a 4-cylinder engine whose design called for aluminium pistons and pressure lubrication, unusual for the period. Some have suggested that de Freville proposed the name Alvis as a compound of the words "aluminium" and "vis" (meaning "strong" in Latin) although de Freville himself vigorously denied this theory. Perhaps the name was derived from the Norse mythological weaponsmith, Alvíss, but the true origin is unknown.

The first car model, the 10/30, using de Freville's design was an instant success and set the reputation for quality and performance for which the company became famous. Following complaints from the Avro aviation company whose logo bore similarities to the original winged green triangle, the more familiar inverted red triangle incorporating the word 'Alvis' evolved. In 1921, the company changed its name and became the Alvis Car and Engineering Company Ltd. and moved production to Holyhead Road, Coventry where from 1922 to 1923 they also made the Buckingham car. 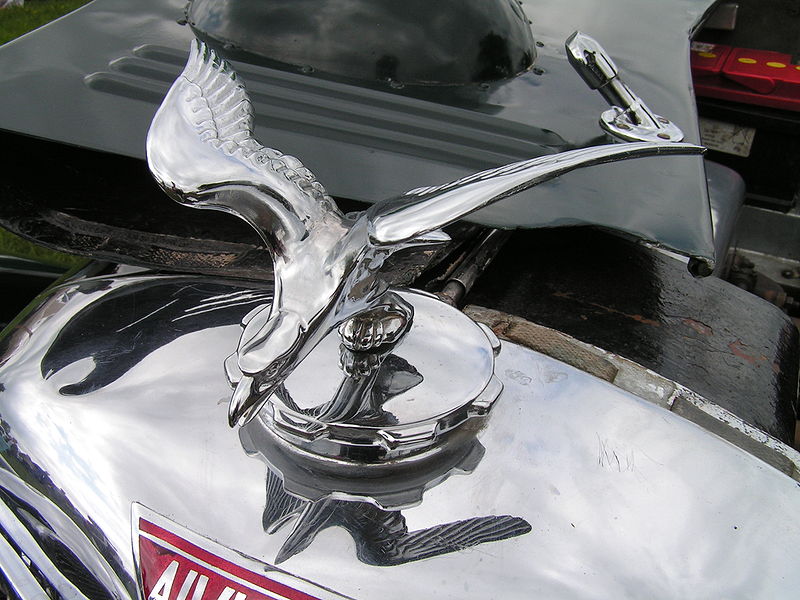 In 1923 Captain GT Smith-Clarke joined from Daimler as Chief Engineer and Works Manager and was soon joined by WM Dunn as Chief Draughtsman. This partnership lasted for 25 years and was responsible for producing some of the most successful products in the company's history.

The original 10/30 side-valve engine was developed progressively becoming by 1923 the famous overhead-valve 12/50, produced until 1932 and one of the most successful vintage sports cars of all time. Exhilarating performance and rugged reliability meant that around 350 of these 12/50hp cars and 60 of the later (and latterly concurrent) 12/60hp survive today representing some 10 percent of total production. 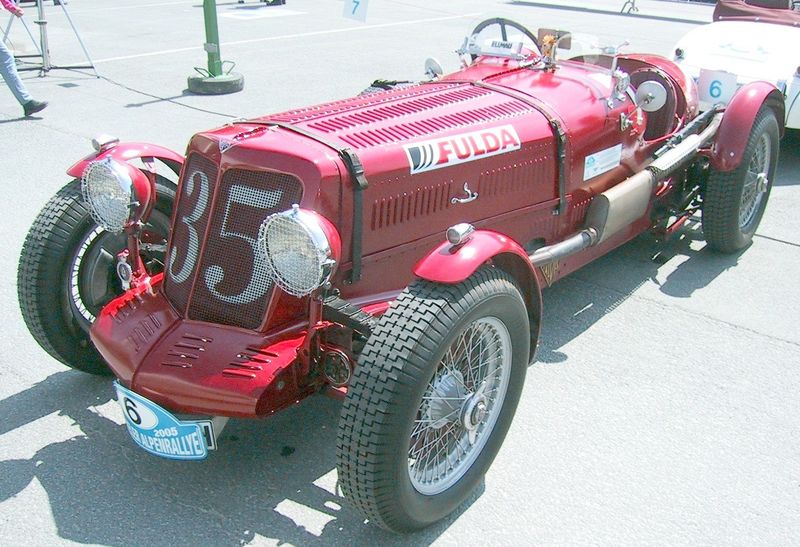 1927 saw the introduction of the six-cylinder 14.75 h.p. and this engine became the basis for the long line of luxurious six-cylinder Alvis cars produced up to the outbreak of war. Not only were these cars extremely elegant but they were full of technical innovations. Independent front suspension and the world's first all-synchromesh gearbox came in 1933 followed by servo assisted brakes. A front wheel drive model was introduced (from 1928 to 1930), a model bristling with innovation with front wheel drive, in-board brakes, overhead camshaft and, as an option, a Roots type supercharger. 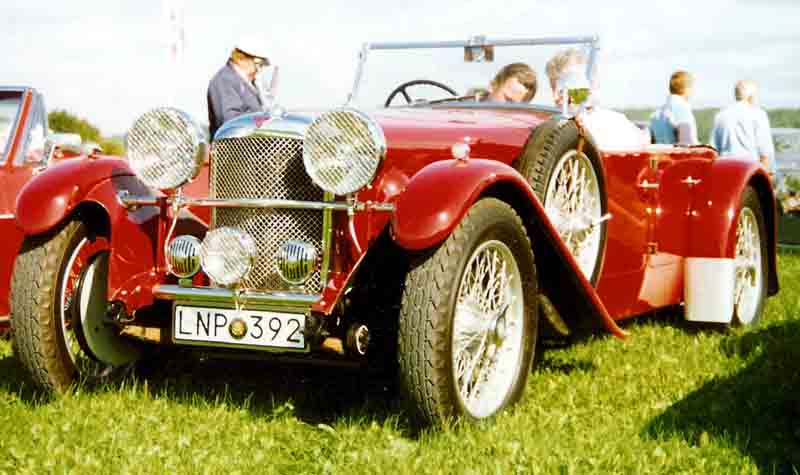 Smith-Clarke designed remarkable models during the 1930s and 1940s — including the handsome, low-slung six-cylinder Speed 20, the Speed 25 (considered by many to be one of the finest cars produced in the 1930s) and the 4.3 Litre model. As with many upmarket engineering companies of the time Alvis did not produce their own coachwork relying instead on the many available Midlands coachbuilders such as Cross and Ellis, Charlesworth and Vanden Plas. Several cars also survive with quite exotic one-off bodywork from other designers. In 1936, the company name was changed to Alvis Ltd and by the beginning of the war, aero-engine and armoured vehicle divisions had been added to the company. 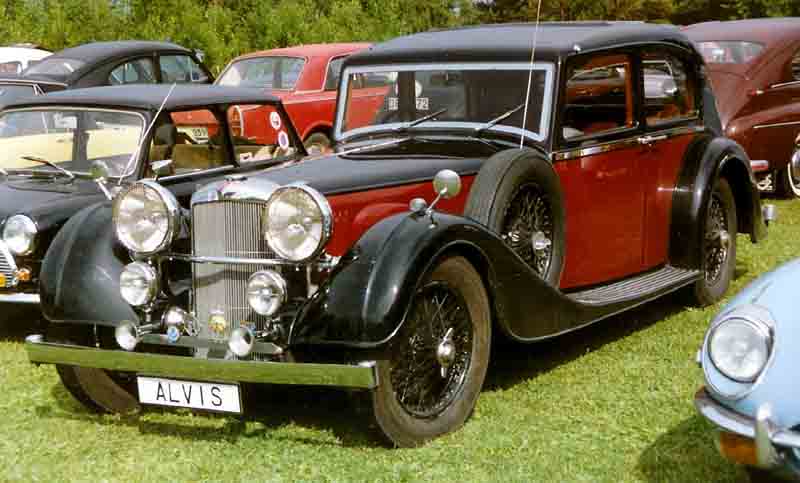 World War Two
In September 1939 following the outbreak of war car production was suspended, but was later allowed to resume and production of the 12/70, Silver Crest, Speed 25, and 4.3 Litre continued well into 1940. During World War II the car factory was severely damaged in the German Luftwaffe raid on Coventry in 1940 though strangely the armaments factory emerged fairly unscathed. Much valuable gear cutting and other equipment was lost and car production was suspended for the duration of the war only resuming during the latter part of 1946. Despite this, Alvis carried out war production on aero engines (as sub-contractor of Rolls-Royce) and other aeroplane equipment. 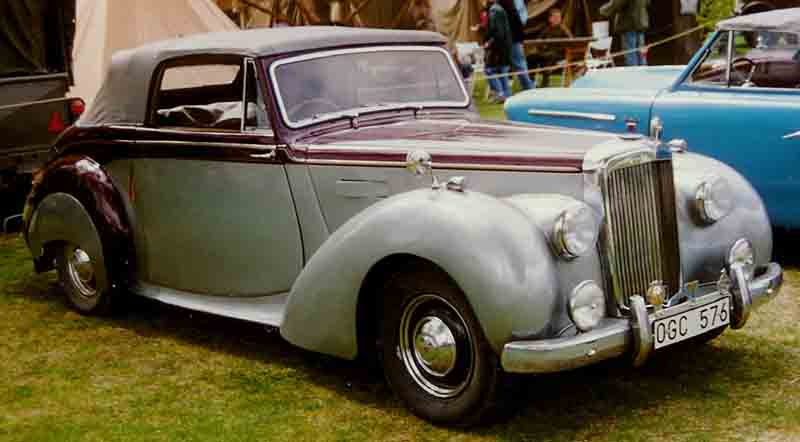 Post war
Car production resumed with a four-cylinder model, the TA14, based on the pre-war 12/70. A solid, reliable and attractive car the TA14 fitted well the mood of sober austerity in post war Britain but much of the magic attaching to the powerful and sporting pre-war models had gone and life was not easy for a specialist car manufacturer. Not only had Alvis lost their car factory but many of the prewar coachbuilders had not survived either and those that had were quickly acquired by other manufacturers. In fact the post war history of Alvis is dominated by the quest for reliable and reasonably priced coachwork. 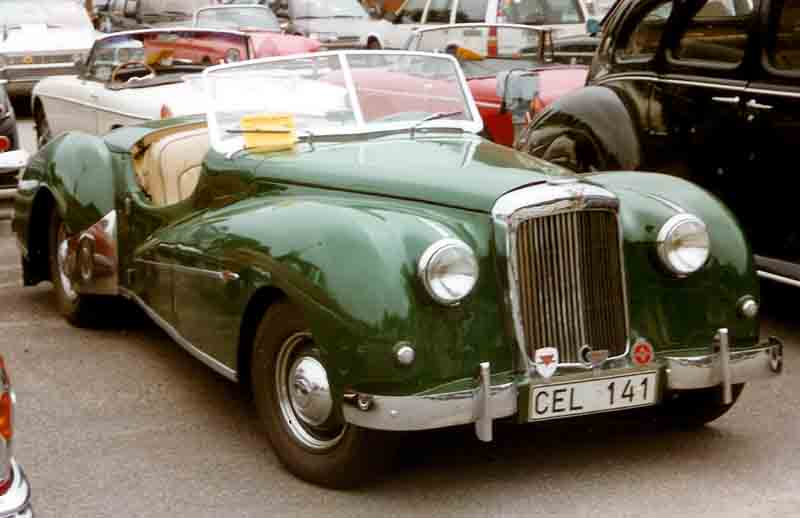 Smith-Clarke himself retired in 1950 and Dunn took over as chief engineer. In 1950 a new chassis and six-cylinder 3 litre engine was announced and this highly successful engine became the basis of all Alvis models until production ceased in 1967. Saloon bodies for the TA21, as the new model was called, again came from Mulliners of Birmingham as they had for the TA14, with Tickford producing the dropheads. But with the first of these becoming part of Standard Triumph and the second being acquired by Aston Martin Lagonda it was clear by 1954 that new arrangements would have to be made. By this time some of the most original and beautiful designs on the three litre chassis were being produced by master coachbuilder Hermann Graber of Switzerland and indeed these one-off designed cars are highly sought after today. With a licence in place, from 1955 all Alvis bodies became based on Graber designs. Early examples, the TC108/G, were built by Willowbrook of Loughborough but at such a high price that very few were made. Only after 1958 with the launch of the TD21 did something resembling full scale production resume as Park Ward, coachbuilders for Rolls-Royce and Bentley, contracted to build the bodies at a much lower price. These cars, the TD21 and its later variants, the TE21 and finally the TF21 are well built, attractive and fast cars. However it was clear by the mid sixties that with a price tag of nearly double that of the mass produced Jaguar the end could not be far off. 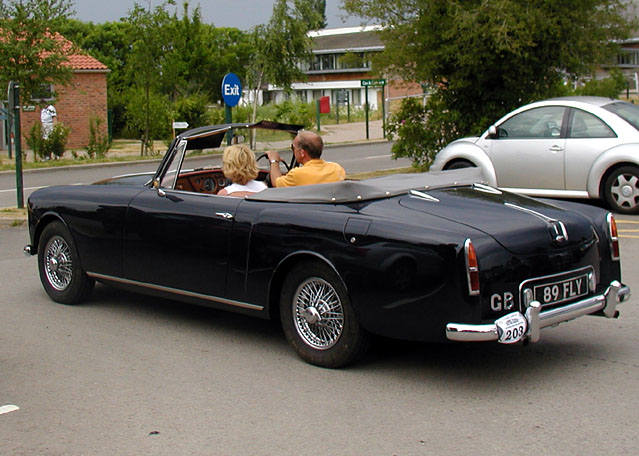 There were several 'might-have-beens.' From 1952 to 1955 Alec Issigonis, the creator of the later Mini worked for Alvis and designed a new model with a V8 engine which proved too expensive to produce. 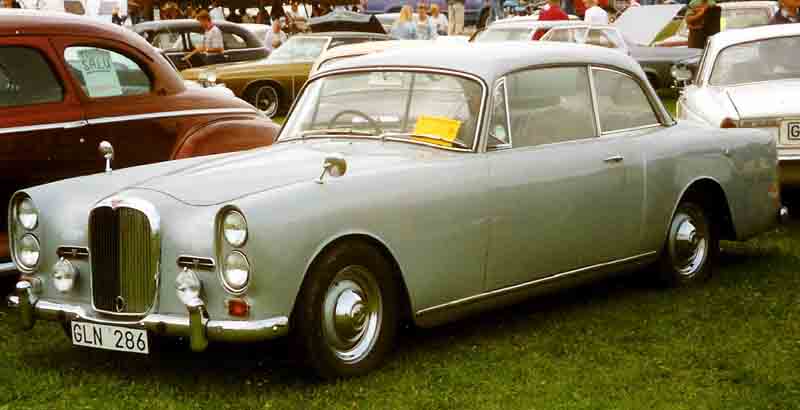 Rover took a controlling interest in Alvis in 1965 and a Rover-designed mid-engined V8 coupé prototype named the P6BS was rumoured to be the new Alvis model but with the takeover by British Leyland this too was shelved. By the time the TF21 was launched in 1966, (available, like its predecessors in both saloon and drophead form and with either manual or automatic gearbox), the model was beginning to show its age despite a top speed of 127mph - the fastest Alvis ever produced. With only 109 sold and with political troubles aplenty in the UK car manufacturing business at that time, production finally ceased in 1967. The Alvis name lived on with armoured fighting vehicle production.

Modern
As part of Rover, Alvis Limited was incorporated into British Leyland but was bought by United Scientific Holdings plc in 1981. Subsequently the company's name changed to Alvis plc. In 1998, the armoured vehicle business of GKN plc was taken on and the main UK manufacturing operation moved from Coventry to Telford. The site of the Alvis works in Holyhead Road is now an out-of-town shopping complex, but its name, Alvis Retail Park, reflects the heritage of the site.

In 2002 Alvis group purchased Vickers to form the subsidiary Alvis Vickers Ltd which was subsequently purchased by BAE Systems in 2004. BAE Systems have ended the use of the Alvis distinctive 'red triangle' trademark.

You need to be a member of Alvis Owners Group to add comments!