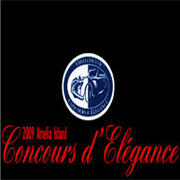 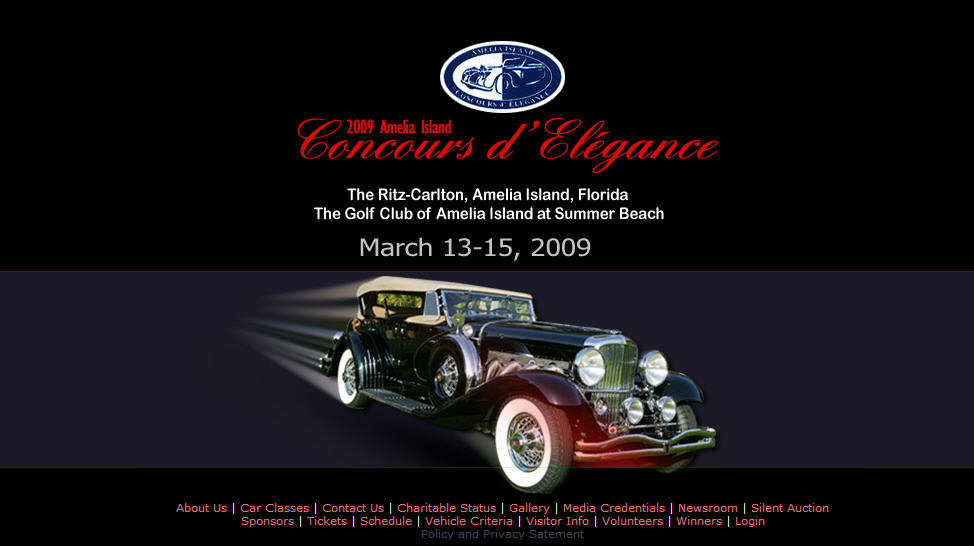 It’s hard to believe, but the 14th edition of The Amelia Island Concours d'Elegance is coming up fast and I’m excited to bring everyone up to speed about what we’ve got planned for the ’09 show.

For 2009, we will be featuring one of the most celebrated coachbuilders in America – Bohman & Schwartz of Pasadena, California. Their custom designs were sought out by the rich and powerful of Hollywood and one of their most famous creations, the “Phantom Corsair,” will be at Amelia. This spectacular vehicle will be making a rare appearance courtesy of the National Automobile Museum (The Harrah Collection) in Reno, Nevada. It’s a design that still stops people in their tracks today and it’s nearly 70 years old!

In Amelia’s typical eclectic style, we will also be revisiting a “pair of 50s” in our popular seminar series. “The Great Roadster Drivers” will be our Saturday topic. The year was 1959 and two particularly important automotive events took place. The first was the one and only time Indy cars raced on the high banks of the then-new Daytona International Speedway. These powerful front engine roadsters were some 30 m.p.h. faster than their NASCAR counterparts. Unfortunately, tragedy struck during one of the races and Indy cars haven’t been back since. The other half of our pair of 50s will be the anniversary of the very first Formula One U.S. Grand Prix. It was held just hours away from us at Sebring International Raceway, and it turned out to be the only time the famous airport track hosted a F1 race. We plan to have a collection of cars and drivers on hand for the seminar, including former honorees Johnny Rutherford, Bobby Unser, and Parnelli Jones, along with Daytona and Indy winner Jim Rathmann.

For our Friday seminar, “The Great Customizers,” we are assembling some of the biggest names in the business past and present, including George Barris, Dean Jeffries, Darryl Starbird, Steve Pasteiner, and Chip Foose. We also plan to have some of the creations that made these gentlemen famous on display in the Ritz-Carlton’s ballroom. A frustrated auto designer in my own youth, I am really looking forward to this one!

We will, of course, have a number of other events going on during the weekend, including the RM Auction, Concours golf tournament, Rolls-Royce wine maker’s dinner, the duPont Registry airport party, and the FedEx and Porsche road tours. I hope you will try to enjoy as many of these entertaining events as your schedule will allow.

As I like to say, ‘It’s not just about the cars; it’s about the people, too,’ so we hope you have made or are in the process of making plans to attend the 14th annual Amelia Island Concours d'Elegance, March 13-15, 2009. In recent years, all available accommodations on Amelia Island have sold out weeks in advance, so I urge you to book yours today. We have a great weekend in store for all auto enthusiasts and we hope to see you on the island the second weekend in March!

As always, our sincerest thanks go to our sponsors, staff, volunteers, entrants, patrons, and the citizens of Nassau County and North Florida for their great support of Amelia!